The singer-songwriter, 59, had PAPVR since birth, but she announced in February that doctors only just discovered it.

Amy Grant, who’s been referred to as “The Queen of Christian Pop,” is recovering from open-heart surgery to correct a congenital heart condition known as partial anomalous pulmonary venous return (PAPVR), according to a rep from the singer-songwriter. The good news is, Grant, 59, is doing well.

A congenital heart defect is one that is present at birth, Victoria Shin, MD, interventional cardiologist at Torrance Memorial Medical Center in Southern California, tells Health. PAPVR is a rare condition that happens when "some of the pulmonary veins carrying blood from the lungs to the heart flow into other blood vessels or into the heart's upper right chamber (right atrium), instead of correctly entering the heart's upper left chamber (left atrium),” explains Dr. Shin.

As a result, the right chambers of the heart may become dilated. Over time, this can lead to an abnormal heart rhythm (arrhythmia). Another possible complication of PAPVR is pulmonary hypertension, which occurs when too much blood flow to the lungs increases the pressure in the lung's blood vessels.

In some people, the only PAPVR symptoms is shortness of breath (commonly during exercise). Others with PAPVR may be asymptomatic, as Grant was. “There are four pulmonary veins, and if only one of them is anomalous, the patient may not display much in terms of symptoms,” says Dr. Shin.

PAPVR can go undetected for a long time. “Sometimes it is found incidentally when we do CT scans for other reasons,” says Dr. Shin. That’s exactly what happened to Grant. In a statement on Twitter in February, she revealed that her doctor discovered she had the heart condition during a "battery of tests.”

In that tweet, the “Every Heartbeat” singer hinted that she would be having surgery at some point this year, writing, "The second good news is that it's fixable, so instead of concerts and camping trips this summer, I am going to take care of my heart. Are you taking care of yours?! Please do.”

A post on Grant's Facebook account on Wednesday asked fans to pray for a successful surgery. "With all that is going on in our world that needs our collective prayer, please also join us in praying for Amy this week as she has heart surgery to correct her PAPVR condition," her team wrote.

Dr. Shin says that if only one pulmonary vein is involved, a person with PAPVR may live a normal life without any symptoms. But if the condition is causing complications, the only way to fix the problem is open-heart surgery, known as a PAPVR repair.

“The surgeon reconnects the anomalous vein to the correct (i.e. left) atrium chamber),” explains Dr. Shin. “Sometimes, this is done when the patient is having another type of cardiac surgery.”

These Are the High Blood Pressure Symptoms You Should Know About

As with any major surgery, there are potential complications with a PAPVR repair, including the risk of bleeding, abnormal heart rhythms and infection. However, in most cases the benefits of the procedure far outweigh the risks.

“Thankfully the doctor said it could not have gone better,” Grant's rep told PEOPLE. “We’re praying for a full and easy recovery over the next days, weeks and months to come.” 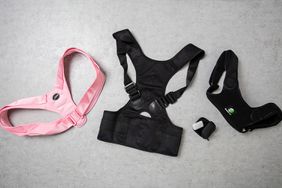 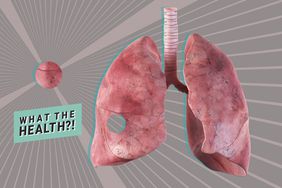