Migraines are more than just severe headaches—here's what it's like to experience them.

A migraine is an often severe brain disorder that causes intense headaches lasting from a few hours to two days. Health spoke to five people with chronic migraine to find out what it really feels like. Here's what we found out from them and existing research.

Although many people experience them, the intensity of migraine is often underestimated. A 2017 survey conducted by Eli Lilly, a pharmaceutical company cited in a review from the American Journal of Managed Care, found that 91% of people with migraines thought that others weren't "fully aware of the disease severity."

Every year, more than a billion people worldwide experience one or more migraine attacks, per a review published in Physiological Reviews.

Migraine pain is moderate-to-severe, throbbing pain, usually on one side of the head. But the disorder is more than "just" a headache—people also experience nausea and/or vomiting and sensitivity to light and sound, as well as other symptoms that can start hours before the pain, per StatPearls.

When people experience migraines at least 15 times a month, their condition is considered chronic. There's no cure for chronic or episodic migraines, but medications, lifestyle changes, and therapies like acupuncture can help, per the Office on Women's Health (OWH).

By definition, migraine headaches are moderate to severe. But the pain intensity can vary for different people, day to day and even hour to hour.

Rachel Koh, 47, from Southlake, Texas, would keep track of her pain every day. "I'm generally between two and four on a pain scale, but twice a week, I go to six to eight," Koh said. A two or three felt like a "twinge or pulsing," while the higher numbers brought a throbbing, stabbing pain that took over her whole head.

It's difficult to study the precise pain levels of migraines, as researchers tend to rely on the visual analog scale (VAS)—the 1–10 pain assessment tool with pictures of faces you've likely seen in your healthcare provider's office. But, on average, studies show that migraine headaches can be disabling.

Among participants in a study published in the Journal of Headache and Pain, the average pain intensity of those in the survey was 6.5 (severe). The pain the respondents experienced went down to 6.0 after three to six months of treatment at a headache clinic.

In a study published in Scientific Reports, the average intensity among participants was even higher. Here, the participants ranked their pain at 7.6—between severe and very severe on the VAS. People with migraines also reported moderate to severe pain-related anxiety.

An Eli Lilly survey found the average pain to be 7.1 among more than 500 people with migraines, which is between severe and very severe on the VAS.

"I don't have a life that anyone would envy," Koh said, estimating only about two pain-free days a year.

Then there's the nausea scale and the scale for mental acuity. "I'm best in the morning, but by the end of the day, you can't count on me for anything," said Koh, who gave up her job as a Fortune 100 executive because of the migraines, said. "I have short-term memory loss and brain fog. I don't drive. Sometimes I can't string a sentence together."

Migraines aren't "just" headaches. People also experience nausea, vomiting, or photophobia—fear of light—and phonophobia—fear of sound. More intense episodes can lead to worse nausea—sometimes to the point where people can't use oral medications, per StatPearls. Koh also listed among her migraine symptoms an hypersensitivity to light, sound, and smells, as well as diarrhea, fever-like symptoms, and clumsiness when they have migraine events.

"I get really nauseated, and I vomit. I'm very dizzy. I'm really fatigued, but I can't sleep," said Michelle L. Tracy, 33, from Amherst, Massachusetts. "I'm incredibly sensitive to light and sound and smell in ways that would seem ridiculous to other people." For example, Tracy put tape on her air conditioner and alarm clock to cover the digital numbers, so they don't bother her.

Carly Kilby, 36, from Tifton, Georgia, also experienced severe nausea. For years, she took pills to control her symptoms, which didn't help much: Kilby got so nauseous that she threw them up. In fact, Kilby threw up so much that she frequently ended up in the emergency room because she was dehydrated. "I don't like going to the emergency room," Kilby said. "Only if I've been throwing up for more than six hours."

Symptoms Start Before the Headache

For the majority of people, migraine symptoms start 24–48 hours before the headache and can significantly affect daily activities. Per StatPearls, they frequently include:

About 30% of people with migraine also experience an aura before or during the headache, per a paper published in the journal Current Neurology and Neuroscience Reports. During an aura, people may see flickering lights, zigzag lines, or blind spots; hear ringing, music, or other noises; or have trouble communicating, StatPearls tells us. This can last from five minutes to an hour.

After the headache, the symptoms don't go away immediately. Movement may trigger pain in the location of the headache. You may feel exhausted, dizzy, and euphoric and have trouble concentrating.

Migraines Can Cause Incapacitating Pain

One report published in the Journal of Headache and Pain found that migraines are the second most common cause of disability in the world. People with migraines in the Eli Lilly survey mentioned earlier reported their worst migraine pain—8.6 on the VAS, or very severe—was higher than that of childbirth, broken bones, and kidney stones.

Respondents also said, "their migraine attacks frequently interfere with work productivity and advancement, attending important events, and spending time with family and friends, resulting in the addition of more stress, which is a migraine trigger," per the American Journal of Managed Care review.

For Eileen Brewer, 40, from Columbia, Maryland, the first migraine attack came when she was 5. After that, migraines came "just occasionally, once a month sometimes, or once or twice a year," Brewer said.

By the time Brewer turned 15, though, she had 15 events a month. "I started to miss school because of the pain and not being able to see," Brewer said. "A lot of time, I'd go to school anyway but couldn't see out of my eye because of the flashing lights." Brewer estimated she'd missed 60 or more days of her sophomore year.

As an adult, different medications and strategies helped Brewer, but she hadn't had any treatment for seven years because she'd been either pregnant or breastfeeding. "There are some days it is excruciating. All I am is pain. I spend a lot of nights sleeping on the bathroom floor because I'm sick to my stomach, and my head hurts," she said. "Other days, I can think around the pain."

Migraines Can Mimic Other Conditions

Once, Kilby, who had her first migraine attack at 16, thought she was having a stroke. "I couldn't even get my body to function. I was trying to get upstairs to check on my son and couldn't get my feet and arms to move. Everything was so heavy," Kilby said. "My speech was slurred."

It was a migraine again. Kilby began taking an injection of migraine medication and used Botox shots to reduce her migraine frequency, if not severity.

To rule out other medical issues, your healthcare provider may do the following, per the National Library of Medicine MedlinePlus resource:

In addition to having symptoms similar to other conditions, migraines often occur along with other disorders, such as anxiety, depression, high blood pressure, sleep disorders, or epilepsy, per the American Migraine Foundation (AMF).

Having migraines doesn't mean you will get these conditions—but you're more likely to have them than the general population. The AMF recommended talking to a headache specialist, someone who is familiar with migraines and related diseases.

The Pain of Persistence

Like Brewer, Katie M. Golden, 36, from Santa Monica, California, started having migraine attacks at 5 years old but fewer than 15 days out of the month. The episodes continued into her 20s, about once a month or less. She once went a couple of years without one—until January 2011, when a migraine came and basically never went away.

"I would get an aura, and then, within 20 to 30 minutes, the head pain would be unrelenting for four to five hours. I was nauseous and sensitive to the light. I couldn't drive. Sometimes I'd be stuck at work, or I'd be in the middle of shopping." She started forgetting important details from work meetings and eventually left a job she loved and took a disability.

Golden's experience is not unique. People with migraines often stop having them for some time, but the episodes can become chronic again. The severity and frequency of attacks can start increasing during puberty and up to 35–39 years old. After that, you may have fewer migraines, says StatPearls.

After Golden's migraines became chronic, she worked for a year with a professional trainer just to walk half a mile again. Once she finally accepted her new normal, Golden started writing and advocating to raise awareness for chronic migraine disease on her website and blog, Golden Graine.

Golden would wake up every day with head pain, but nighttime was the worst. "I can't sit still. The pain is high. I always have to be doing something to take the focus off of the pain," Golden said. There could be days, weeks, or even months when Golden wouldn't leave the house because of her symptoms.

Because the headaches can be so persistent and debilitating, people with migraines may start avoiding social and physical activities. This behavior, caused by fear and anxiety around pain, can continue even after successful treatment to reduce attack frequency and severity, per the January 2019 study.

Migraine is a serious and disabling brain disorder that can become chronic. Its symptoms extend beyond moderate-to-severe headaches. People can experience nausea, light sensitivity, mood changes, vision issues, and more—often hours ahead of the pain.

Although migraine has no cure, there are medications to stop an ongoing attack or prevent it, per the OWH. You can also reduce the episode frequency by avoiding triggers (such as stress), practicing good sleep hygiene, eating healthy, and being physically active. For some people, biofeedback—"learning how to monitor and control your body's responses to stress"—can help per the OWH. Relaxation or acupuncture can also help.

Talk to your healthcare provider if you think you experience migraines. And remember: You are not alone. Many people experience the disorder, and researchers are always looking for new treatments. 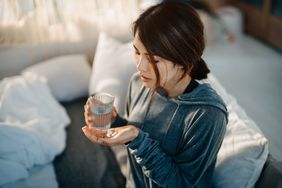 How Is Migraine Treated? 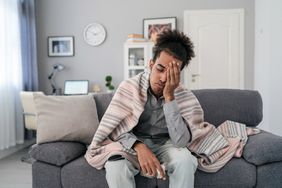 Signs and Symptoms of Headache 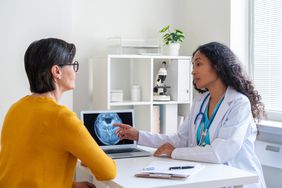 How is Migraine Diagnosed? 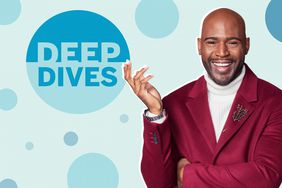