Studies are mixed in their results regarding sleeping pills and acid reflux, but most show that sleeping aids may help both sleep and nighttime reflux.

Although some people downplay its importance (ie I'll sleep when I'm dead), sleep is necessary to live. It also affects your health. According to the Centers for Disease Control and Prevention (CDC), sleep disturbances have been linked to several chronic conditions, including type 2 diabetes, heart disease, and depression. Sleep deprivation can be a cause of motor vehicle accidents, and sleep quality is related to your quality of life in general.

Despite its importance, many people have trouble sleeping—in the US, insomnia affects up to one-third of the adult population. And if you're one of the ones running on fumes, in desperate need of sleep, you might turn to a sleep aid to help get the Zzzs you need.

You wouldn't be alone. In a 2017-2018 CDC survey, 8.2% of American adults reported using a sleep aid at least four times during the previous week. But if you're one of the millions of people who have gastroesophageal reflux disease (GERD), could popping that sleeping pill make your GERD worse?

The Study That Made Headlines

According to the National Institute of Diabetes and Digestive and Kidney Diseases (NIDDK), about 20% of the US population has GERD, which occurs when the muscles (collectively referred to as the lower esophageal sphincter) between the esophagus and stomach are weak or relax inappropriately. This allows the acid contents in the stomach to back up—or "reflux"—into the esophagus, typically causing heartburn and other symptoms.

In 2009, a study by researchers at Thomas Jefferson University Hospital in Philadelphia made headlines when they found that people taking the popular sleep aid Ambien (zolpidem) snoozed through nighttime reflux instead of arousing from slumber for the second or two it takes to swallow.

Swallowing is the body's natural defense against the backwash of stomach acids that can bathe the esophagus at night. "[Swallowing] protects your esophagus because you neutralize the acid with saliva, which is rich in bicarbonate," explained lead study author Anthony J DiMarino, MD, Dorrance H Hamilton professor of medicine at Jefferson Medical University and the chair of the hospital's Division of Gastroenterology and Hepatology.

Over Time Acid Can Damage the Esophagus

At the time the study was published, Donald O. Castell, MD, a former professor of medicine at the Medical University of South Carolina, said that the study was "extremely important" for GERD patients. "It sends a definite warning that serious levels of acid reflux can occur without detection after a sleeping aid and that the prolonged acid exposure has the potential to produce injury to the esophageal lining that might not otherwise occur," stated Dr. Castell.

If left untreated, long-term acid reflux can damage the cells lining the esophagus, leading to, among other things, a precancerous condition known as Barrett's esophagus—which, in turn, increases the risk of esophageal cancer. Although the study showed that sleeping pills might increase nighttime exposure to stomach acid, it's not clear if they increase the risk of Barrett's esophagus or other conditions—Ambien is only recommended for short-term use and the study sample was small and short (just two nights).

However, it may have been the first study to systematically examine the effect of taking a sleep aid on nocturnal acid exposure, said Dr. Castell.

What Have Other Studies Shown?

It's important to remember that one study can't always stand on its own. That's why different researchers test theories over and over again, trying to replicate the same or similar results.

For example, in a 2016 study published in the Journal of Clinical Gastroenterology, researchers tested the use of Rozerem (ramelteon) in people with GERD to see if their symptoms of heartburn improved. Symptoms did improve, and since Rozerem and Ambien are similar in their action on the body, it calls into question the results of the 2009 study.

Other studies have also shown improvement in GERD symptoms. A 2021 study published in the journal BMC Gastroenterology tested various ways to improve sleep quality in people with functional dyspepsia (aka indigestion) and included people with GERD. Their hope was to improve participants' overall quality of life by using sleep aids to improve sleep quality. The type of insomnia the participants experienced determined which of the three different sleep aids they received—one of them being Ambien. Study results showed that sleep aids not only reduced sleep disturbance, they also helped reduce GI symptoms, including reflux.

So since the 2009 study, several other studies have shown opposite results. What do these conflicting results mean?

"It means that in patients with GERD who have sleep issues, their management needs to be addressed in a heightened way if they are in need of these types of sleep aids," said Philip O Katz, MD, Director of Motility Laboratories for the Division of Gastroenterology at the Jay Monahan Center for Gastrointestinal Health at Weill Cornell Medicine.

How Can You Limit Acid Reflux at Night?

If you experience nighttime reflux, talk to your healthcare provider about your symptoms. Are you having trouble sleeping too? They may want to start you on medication for the reflux or insomnia—or adjust the ones you're already on. Elevating the head of your bed four to six inches can help with nighttime reflux as well. Experts also recommend:

While studies are mixed in their results, more of them do seem to point to sleep aids being helpful in both helping you sleep better and reducing the symptoms of GERD. Like anything, though, pay attention to your body and work with your healthcare provider to figure out what works best for you. 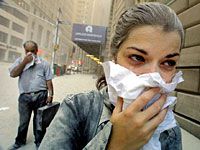