Perhaps you've been misdiagnosed. Perhaps your diet is exacerbating your symptoms. Find out why heartburn meds can let you down, and what to do about it.

If you have heartburn, also known as acid reflux, relief can be as simple as trying proton pump inhibitors (PPIs). These medicines prevent your body from making stomach acid—and therefore prevent stomach acid from backing up into your esophagus and causing pain. Some PPI brand names include Nexium, Prevacid, Prilosec, and Protonix.

But they don't work for everyone. Even if PPIs work well, you can still have "breakthrough" symptoms from time to time. According to a study published in the 2020 issue of Gastroenterology, over 50% of Americans who took PPIs daily still experienced symptoms in the past week.

Find out why heartburn medications might not work for you—and what to do about it.

Why Heartburn Drugs Can Fail

You Don't Have Acid Reflux

One reason PPIs aren't curing your heartburn could be because you were misdiagnosed, Joel Richter, MD, director of the University of South Florida School of Medicine Division of Digestive Diseases and Nutrition, told Health.

PPIs treat gastroesophageal reflux disease (GERD), a condition where people have persistent acid reflux that damages their esophagus. However, many conditions can cause symptoms similar to GERD. Muscle contractions, stretching, and non-acidic reflux in the esophagus can all lead to heartburn, and heart disease can feel similar to heartburn. "There is a big group of people who get put on these medications and don't get better, and most of the time, it's because they don't have an acid-related problem," Dr. Richter said.

If you want to test whether your symptoms are due to reflux or another condition, follow up with your healthcare provider. They may recommend a 24-hour pH impedance test. This test measures the stomach acid levels in your esophagus and monitors the movement of fluid and gas along your esophagus. This combination can help determine whether you have acid reflux, non-acidic reflux, or another condition.

However, even if you have GERD, PPIs might not work well for you if you eat foods that trigger your reflux. Having large amounts of fatty or fried foods can trigger breakthrough symptoms. So can eating large meals late at night, or right before sleeping.

"You can eat your way out of these PPIs," Dr. Richter said. PPIs do not completely stop your body from producing acid. Having some acid is helpful⁠—stomach acid plays a key role in sanitizing the digestive tract and in killing off the bacteria that produce nitrosamines, a chemical compound that has been associated with an increased risk of gastric cancer. So a little stomach acid is good for you; too much, however, can be painful. You can try managing your reflux symptoms by changing your diet and trying PPIs.

In many cases, people have breakthrough symptoms because they are not taking their medication correctly or at the best times. "Typically, the proton pump inhibitors are given 30 to 60 minutes before breakfast," David A. Johnson, MD, the chief of gastroenterology at Eastern Virginia Medical School and former president of the American College of Gastroenterology, told Health. However, some people do better taking two doses a day to stave off nighttime symptoms, Dr. Johnson added.

If PPIs do not work well for you, talk to your healthcare provider about trying other anti-reflux medicines. At the same time, you can make some lifestyle changes to prevent and minimize your breakthrough symptoms.

Take Your Medication as Prescribed

If you don't know how and when to take it, call your healthcare provider for specific instructions.

Don't Sleep With a Full Stomach

Lying down within three to four hours of consuming a large meal, particularly a late-evening feast, could spell trouble. "My big push is to keep the patients away from late eating, large meals, and recumbency (laying down)," Dr. Johnson said. Such a triple threat may pose too large of a burden on the body, one that even PPIs—the gold standard in GERD treatment—can't handle.

For nighttime symptoms (especially regurgitation of fluid back into the esophagus or mouth), Dr. Johnson suggested elevating your head. You can try raising the head of your bed with some blocks or using a bed wedge to elevate your upper torso.

A 2016 review in Clinical Gastroenterology and Hepatology found that weight loss was linked to fewer reflux symptoms. "A reduction of even 2.5 pounds may be enough for some patients to decrease or eliminate their reflux symptoms," Dr. Johnson added. It's important to maintain a healthy weight for you.

Drugs like Tagamet HB, Pepcid AC, Axid AR, and Zantac 75 are very effective in knocking out acid, according to Dr. Richter. However, these medicines are not very effective when taken daily because people develop a tolerance to the drug. "What I suggest to my patients is that they take an over-the-counter H2 blocker when they have their breakthrough symptoms," Dr. Richter said. "That seems to give them better control."

Recognize the Foods That Trigger Your Reflux

If jalapeños or onions always get the better of you, consider skipping those items. Chocolate, alcohol, and fried foods also commonly cause reflux. If you plan to eat foods that cause reflux, taking an H2 blocker an hour before may help prevent your symptoms.

"If people are having residual symptoms several times per week, and certainly if they're having residual symptoms to the point that it's interfering with their ability to sleep…or function on a day-to-day basis, they should definitely talk to their physician about it," William D. Chey, MD, director of the gastrointestinal physiology laboratory at the University of Michigan Health System, told Health. 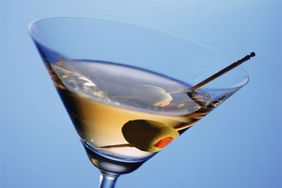