Acid reflux and heartburn can be triggered by certain foods, smoking, and alcohol. Medical conditions such as pregnancy, obesity, and hiatal hernia can cause heartburn too.

When the valve that separates the stomach from the esophagus—the lower esophageal sphincter, or LES—isn't closed tightly, it can lead to heartburn.

"The LES has to relax to allow the meal to go down," says Kenneth R. DeVault, MD, professor of gastroenterology and chair of the department of medicine at the Mayo Clinic, in Jacksonville, Florida. "But when those relaxations become too many or occur at the wrong time, that allows acid to reflux."

These five conditions can affect the LES, boosting your heartburn risk.

Normally, pressure from the diaphragm—the large muscle separating the stomach and the chest—helps hold the LES valve closed.

In a hiatal hernia, part of the stomach bulges through the diaphragm into the chest. "This causes acid to essentially be pulled up into the chest and keeps the LES from working appropriately," says Dr. DeVault.

You could have a hiatal hernia and never know it; chronic acid reflux may be your only symptom.

"The hormonal changes during the first trimester of pregnancy seem to weaken and relax the LES," says Dr. DeVault. But during the later stages of pregnancy, pressure is the big problem.

The pressure on a woman's abdomen during pregnancy may be enough to throw the valve out of its proper position.

"There is simply so much pressure that it overcomes even a normal LES, forcing food and acid to come back up the wrong way," he says.

About one in four people with gastroesophageal reflux disease (GERD), a condition characterized by two or more bouts of heartburn a week, have a weakened LES valve.

This allows for more frequent reflux, but little is known about how or why it occurs.

"The best we can tell, it's just a weakness in that muscle," says Dr. DeVault, adding that it is more common in older people and is often associated with obesity.

A small group of people with chronic heartburn may have what is called delayed gastric emptying, where "the stomach simply doesn't empty in the right direction," says Dr. DeVault. "Instead of going the appropriate forward way, it goes the wrong way and reflux occurs."

While it is an unusual cause of heartburn, it appears to be more common in people with diabetes, he adds.

When blood sugar is too high for too long, as can occur in diabetes, it can damage the nerves that help move food through the digestive tract.

How Long Does It Take To Digest Food? The Answer Might Surprise You
05 of 05

"There's been studies that show eating too much, eating too fast, and eating the wrong things—high-fat foods, carbonated beverages—are the things that tend to promote reflux," says Dr. DeVault.

Stuffing your stomach to the brim with a big meal increases your chances of heartburn by placing added pressure on the abdomen, basically mimicking the effects of pregnancy.

Obesity in general may do the same, and weight loss can often help.

How To Lose Weight Fast, but in the Safest Way Possible
Was this page helpful?
Thanks for your feedback!
Tell us why!
Related Articles 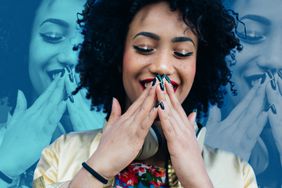 How to Get Rid of Hiccups: 12 Remedies That Could Work for You 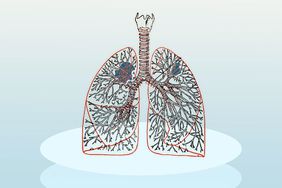