About 1 in 1 million Americans have XP, and it makes them thousands of times more likely to develop skin cancer.

In Midnight Sun, which came out in 2018, Bella Thorne plays 17-year-old Katie Price, who lives with a rare condition called xeroderma pigmentosum, or XP.

"I have a severe sensitivity to sunlight," Bella-as-Katie explains in the movie's trailer. "So I spend all of my time indoors, behind special windows, sleeping during the day, and staying up all night."

Already considered a tearjerker on par with A Walk to Remember, Midnight Sun follows Katie as she weighs how and when to disclose her condition to her new summer romance Charlie, played by Patrick Schwarzenegger.

Eager fans have taken notice of the movie's real-life medical condition. Twitter user Kurt Zellner expressed some happy thoughts that someone with Thorne's star power will bring awareness to this rare disease.

Turns out, raising awareness was always on Thorne's radar.

So what is XP? And do people with this genetic condition really have to stay inside all day? Here's what you need to know.

What Xeroderma Pigmentosum Is

XP is a genetic condition that makes people extremely sensitive to sunlight. It's also extremely rare: Just 1 in 1 million people in the U.S. suffers from the disorder, according to the U.S. National Library of Medicine's Genetics Home Reference (GHR). XP is caused by two copies of an abnormal gene, one inherited from each parent. Having both copies means that a person can't repair skin damage caused by UV light from the sun.

Skin that is exposed to the sun is particularly vulnerable in people with XP. These areas—especially the eyes and the skin around them—can blister and burn very quickly after exposure to UV light, sometimes in less than 10 minutes. Other XP sufferers may not burn; their skin tans normally after time in the sun. Either way, those with XP typically develop lots of freckles before age two—something that's uncommon in young kids, according to the GHR.

Other XP symptoms include dry skin, changes in skin pigmentation, and thinning skin. The eyes can be bloodshot, dry, irritated, or cloudy. Eyelashes can fall out and eyelid skin can thin. Eventually, about 30% of people with XP also develop neurological complications, including hearing loss, mobility problems (like difficulty walking), trouble swallowing or talking, and seizures, states the GHR. These secondary effects can get worse over time.

If you or your child has symptoms of XP, talk to a doctor. He or she will ask you about your symptoms and family history, biopsy any skin changes for cancer, or test your DNA to diagnose XP.

The extreme sensitivity to UV light makes people with XP 10,000 times more likely to develop skin cancer than the average person, according to the National Organization for Rare Disorders (NORD). The condition also makes XP sufferers 2,000 times more likely to develop cancer in their eyes or the surrounding areas. More than half of people with XP die of skin cancer as young adults.

Taking preventive measures against sun exposure is key. In Midnight Sun, Katie stays inside behind protective windows and sleeps all day so she can get out of the house at night. People with XP can leave the house in daylight, but they must always wear sunscreen, protective clothing (including hats and gloves), and sunglasses. Indeed, those with XP require "total protection from sunlight," according to the Library of Medicine. Even some fluorescent light bulbs can cause skin damage.

People with XP may also need to change their indoor environment. NORD recommends that they use a UV meter to test UV levels in offices, schools, and at home, so they can identify dangerous sources of exposure. Light bulbs may have to be swapped, and filters installed on blinds over windows. Regular visits with dermatologists and ophthalmologists can help catch any cancerous changes early.

To get a better understanding of what Katie Price's life would be like for the new movie, Thorne spent time researching XP online, she tweeted.

While we don't know exactly which videos she watched, several real-life accounts put faces to this rare condition, like this one from Andrea Ivonne, who posts YouTube videos under the name nightlensblog.

In the clip, Ivonne says she started developing freckles around two, as is typical with XP. "When I was around 5 or 6, I had a surgery. They did a surgery because I had melanoma in my nose," she says, pointing to her scar. "When I meet new people and I tell them my disease … they are pretty amazed by it," she explains. "They believe me, but I can tell they don't even know what to say. It's quite something else to be honest." 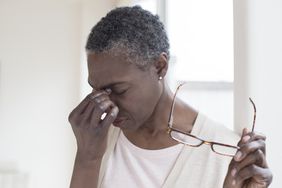 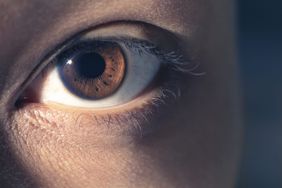 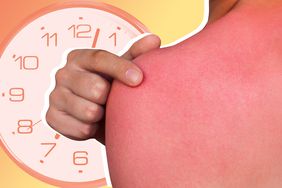 How Long Does a Sunburn Last—And Is There a Way To Make It Heal Faster?