Here's everything you should know about this rare facial condition.

Treacher Collins syndrome (TCS) is a rare, genetic craniofacial condition. Per MedlinePlus, this means that the bones and tissues of the face do not develop as they should, especially around the cheeks, jaw, and chin. It is known by other names: Franceschetti-Zwahlen-Klein syndrome, mandibulofacial dysostosis, Treacher Collins-Franceschetti syndrome, and zygoauromandibular dysplasia.

Around one in every 50,000 babies born in the United States will have TCS. TCS is usually diagnosed shortly after birth when it's clear that a baby's facial bones and tissues are underdeveloped. (Occasionally, it can be diagnosed during pregnancy via ultrasound.)

The 2017 movie Wonder, based on the bestselling novel of the same name, is about a family who sends their 10-year-old son August off to fifth grade. It's the first time "Auggie" has been to school outside of the home. He was born with Treacher Collins syndrome, which required dozens of surgeries during his first decade of life.

Richard Hopper, MD, surgical director of Seattle Children's Craniofacial Center and chief of the division of plastic surgery, has treated children with TCS, many of whom have also needed multiple operations and highly specialized care. Because it's so rare (and also so visible), Dr. Hopper said, it's common for people to make assumptions about the disorder without knowing the facts. Here's what he wanted everyone to know about real-life children—and adults—with a condition like Auggie's.

According to the National Library of Medicine (NLM), mutations of the TCOF1, POLR1B, POLR1C, or POLR1D genes are associated with the development of the syndrome. Between 81% and 93% of cases of the syndrome come from mutations of the TCOF1 gene. MedlinePlus also stated: "In individuals without an identified mutation in one of these genes, the genetic cause of the condition is unknown."

The genes contain proteins that have a significant role in early facial bone and tissue growth. When the genes are mutated, they interfere with the work of ribosomal RNA (rRNA), a molecule similar to DNA, by lowering rRNA production. rRNA production is necessary for building those proteins with other molecules called amino acids. Scientists have hypothesized that the reduced production of rRNA might cause death for cells that help develop facial bones and tissues, which may be the underlying reason for TCS.

If the TCOF1 or POLR1B genes are mutated, the condition would be considered autosomal dominant, meaning that the mutated gene existed in one parent and was sufficient for the child to get the syndrome. A child would have a 50% chance of developing TCS with this type of inheritance. However, around 60% of the gene mutations that result in TCS from autosomal dominant inheritance occur in individuals without a family history of the condition.

The changes in the POLR1C gene would result in an autosomal recessive condition—both parents would need to have the abnormal gene for the potential for TCS to develop. The parents would be considered carriers of the syndrome but not necessarily show symptoms. Additionally, there would be a 25% chance of a child developing TCS with this type of inheritance, a 50% chance that the child would be a carrier, and a 25% chance of the child not developing the condition.

The condition includes signs such as downward slanting eyelids, little presence of eyelashes, and absent or small ears. Other complications can be an underdeveloped lower jaw that can cause breathing difficulties, eyelids that don't fully protect the eyes, a cleft palate that affects speech, and hearing problems due to ear abnormalities. Further, children with TCS may need a hole cut into their windpipe with a breathing tube inserted (called a tracheostomy) and may need special hearing aids that transmit sound through bone tissue.

However, the severity of the condition varies from child to child. "In some children, it's barely noticeable, and they may need very little care," added Dr. Hopper, "while others can develop very serious complications and need multiple, intensive surgeries."

Once an individual is diagnosed, they will likely need to be cared for by a team of specialists, which—according to the NLM—might include:

Most of the physical problems caused by TCS can be addressed with surgery, and most patients live long and happy lives. Dr. Hopper has even developed a new procedure that "rotates the entire face" and lengthens bones in the jaw, allowing patients with a tracheostomy to breathe independently.

And while that's a yearlong, three-surgery process used only for extreme cases of TCS, several less extensive, more routine procedures can improve the life of someone with a milder case.

Without proper treatment, TCS can make it difficult for people to live a normal, healthy life. "Kids want to play sports and run around outside, but that can be challenging when you're using a breathing tube or your eyes aren't fully protected the way they should be," said Dr. Hopper.

Growing up with a facial deformity can be tough—and it's not uncommon for children and adults with TCS to feel isolated, frustrated, or depressed. "These kids can't even [travel] easily because they need to stay near a hospital," added Dr. Hopper. "They wouldn't want to go hiking out in the woods and suddenly experience a life-threatening breathing problem."

That's why it's important patients and their families don't just see healthcare providers for their physical symptoms, Dr. Hopper said, but that they also talk to a social worker or therapist if their emotional health is suffering for reasons that may or may not be related to having the syndrome.

However, perhaps the biggest misconception about people with TCS is that they're mentally challenged or not as smart as others. "Actually, they tend to be extremely normal children," Dr. Hopper said. "Many of them even have above-average intelligence, and they tend to be sharp-witted, opinionated kids who just happen to have facial differences.

Is Depression Genetic? Here's What Experts Have to Say

Treacher Collins syndrome is a craniofacial condition that causes the facial bones and tissues to not develop properly. Diagnosis happens shortly after birth, and people with this condition can range from having little to no complications to needing multiple surgeries.

What Is Charcot-Marie-Tooth Disease? Singer Alan Jackson Says He Has It 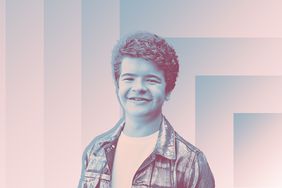