The cardiac abnormality sudden death syndrome, officially known as Brugada syndrome, can be treated with an implantable defibrillator.

Texas resident Karl Wiggins received a surprising diagnosis, and a second chance at life, earlier this year after collapsing behind the wheel of his car. The 54-year-old's heart had stopped, according to ABC 13 News, and a bystander called 911 and performed chest compressions until emergency personnel arrived.

At the hospital, doctors had to restart Wiggins' heart—multiple times. When they looked at his test results, they discovered he has a condition known as Brugada syndrome, also known as sudden death syndrome.

Brugada syndrome is a rare heart disorder that causes cardiac arrest, and, as its nickname suggests, it's often deadly. Sometimes, however, people who experience episodes like Wiggins' survive—giving them membership into an elite club whose members can say they've technically died and come back to life. Here are the basic facts and figures behind this uncommon but dangerous condition.

What is Brugada syndrome?

"Brugada syndrome is a genetic disorder that causes disruptions of the heart's normal rhythm," says Samy Claude Elayi, MD, at CHI Saint Joseph Medical Group in Lexington, Kentucky. Dr. Elayi has not had Wiggins as a patient but did treat twin brothers with the same condition in 2015.

"The heart is a muscle that contracts with every beat, and that contraction is driven by an electrical signal," says Dr. Elayi. "In Brugada syndrome, one of the heart's electrical channels—the one that conducts sodium and calcium—is abnormal, which can create short-circuits and abnormal rhythms."

These abnormal rhythms are called ventricular arrhythmia, and they prevent the heart from pumping regularly. In turn, blood is prevented from reaching the brain and the rest of the body, which can cause fainting, seizures, difficulty breathing, or—if the heart stops completely—sudden death.

It's estimated that Brugada syndrome affects only about five per 10,000 people worldwide, although some experts suspect that the condition may be underdiagnosed and that the actual prevalence may be higher. It affects more men than women, by a ratio of about 10 to one.

Brugada syndrome was first reported in young men of Asian descent, and it continues to be found more frequently in Japanese and Southeast Asian populations than in other racial or ethnic groups. "But now we also know that it can happen to pretty much anybody," Dr. Elayi says. "I've seen African-Americans and White people with this condition, too."

Because Brugada syndrome is genetic, anyone with a relative who has experienced sudden cardiac arrest or has died suddenly in an unexplained manner may want to be tested for this condition. Doctors have identified one gene mutation that's linked to the syndrome's irregular heart rhythm, but it's only present in about 40 percent of confirmed Brugada patients. "We still don't know exactly what causes this, genetically, but we're working on it and trying to make progress," Dr. Elayi says.

Can Happen at Anytime

The heart abnormalities present in Brugada syndrome can develop at any time throughout life, and people can show symptoms related to arrhythmias—including sudden death—at any age, as well. Those symptoms often occur when a person is resting or asleep, but (as in Wiggins' experience) that's not always the case.

In newborns, Brugada syndrome is sometimes a cause of sudden infant death syndrome (SIDS). However, it's more common for Brugada syndrome to present in adulthood, and sudden death from this condition typically occurs around age 40.

Some people with Brugada syndrome are only diagnosed when they go into sudden cardiac arrest, which is often too late to save their lives. The condition can only be identified with the use of an electrocardiogram, or EKG, which is usually only performed when people have experienced heart palpitations, shortness of breath, or other symptoms of an arrhythmia.

If doctors are able to restart a person's heart after their first episode of cardiac arrest, they can implant a small defibrillator into his or her chest. This device can shock the heart into restarting if a similar episode happens in the future. "The person might get very dizzy or pass out for a few seconds when the heart goes into its irregular rhythm, but then the shock happens and it wakes them right up," says Dr. Elayi.

"People might also receive an EKG—and a Brugada diagnosis—as part of a health screening for insurance purposes," says Dr. Elayi, "or after a family member has been diagnosed with a genetic heart condition." But some people can have this irregular heart rhythm without experiencing any dangerous symptoms. In those cases, he says, "the goal is to prevent the cardiac arrest from happening by avoiding potential triggers.

Those triggers include some medications, such as certain types of antidepressants and anesthesia drugs. High fevers can also disrupt the electric signals in the heart, so patients are advised to take over-the-counter fever-reducing drugs (like acetaminophen) if they come down with an illness.

There is no cure for Brugada syndrome, but many patients who have the condition can live normal, healthy lives without ever experiencing a scare like Wiggins'. "And for those who do, and who are lucky enough to survive," says Dr. Elayi, "a defibrillator can further protect them from future complications."

Berritt Haynes, Teen Contestant on The Voice, Says He Has 'Sudden Death Disease'—Here's What That Is 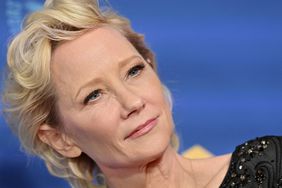