Though you can catch the flu year round, it's more prevalent during certain seasons.

Influenza—more commonly known as the flu—is a respiratory virus that can infect people year round. But, if you live in the U.S., flu illnesses are most common during the fall and winter months.

"Influenza season is October through May," Aubree Gordon, PhD, associate professor of epidemiology at the University of Michigan School of Public Health, told Health. "But people can be infected at any time of the year; and during influenza pandemics, the virus can have off-season peaks."

Here, health experts help explain when flu season occurs in the U.S. and when it peaks, when influenza affects other parts of the world, and how flu season affects the timing of your flu shot.

When Does Flu Season Begin, End, and Peak?

The exact timing of when flu season begins and ends depends on where you live, Alicia Budd, MPH, an epidemiologist in the Centers for Disease Control and Prevention's influenza division, told Health.

In the U.S., flu activity generally begins to increase in October, and can last until May.

"The [CDC] watches flu activity year-round, and when certain key indicators increase beyond a certain point, the season is said to have begun," Budd said.

The timing of flu season in the U.S.—during the fall and winter months, and lasting until spring—is largely due to the lower temperatures. According to Tania Mucci-Elliott, MD, clinical instructor of medicine at NYU Langone Health, flu viruses can remain intact and spread faster when it's cooler outside.

"The flu thrives in colder weather so you will see it hit in areas of the country that have shorter summers and longer winters," Mucci-Elliott said.

The flu, along with other viruses, also tend to thrive during the winter months because people remain indoors for longer periods of time, allowing viruses to pass more easily between hosts.

Flu season can also have peaks of activity—the CDC determines this by looking at the month during flu season with the highest percentage of respiratory specimens that tested positive for influenza.

According to data collected by the CDC, flu season most often peaks in February, but it has also commonly peaked in December, January, and March.

How Does Flu Season Affect Other Parts of the World?

While flu season in the U.S. tends to start in October and lasts through May, health experts say flu activity can fluctuate within the country and in other parts of the world.

"It varies both inside and outside the U.S.," Gordon said.

Similar to the U.S., exactly when flu seasons and peak times occur around the world can change every year.

"Many factors influence the timing of influenza activity in a local area and the pattern of where increased flu activity occurs in the country is not the same every season," Budd said.

How Does Flu Shot Timing Factor In?

The best way to protect yourself and your loved ones from the flu is to get an annual influenza vaccine, Budd said. The CDC recommends that everyone 6 months and older get a flu vaccine each year.

Mucci-Elliott said people should get vaccinated against influenza before flu season starts and before flu begins to spread in their community. Generally, September and October are good times to get the flu vaccine.

"October is the best time, if you get it too early and the season lasts long, you may not remain protected for the duration of the season," Mucci-Elliott said.

If you don't get vaccinated during September or October, vaccination is still recommended since flu cases most commonly peak later in the season and at the start of the new year.

"While it's ideal to be vaccinated by the end of October, flu vaccination is beneficial anytime flu viruses are spreading or may still spread," Budd said. "Even into January or later because flu most commonly peaks in February and significant activity can continue into May." 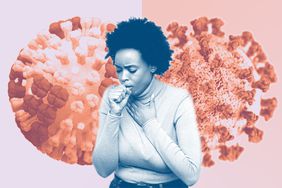