The answer is less straightforward than you might think.

Ever since COVID-19 emerged in December 2019, we've all learned a lot more about how viruses are spread than we used to know—namely that social distancing and mask-wearing offer loads of protection against respiratory viruses. The biggest reason for that is the presence of infected respiratory droplets emitted from those infected with a virus, usually through coughing or sneezing.

But sometimes, less forceful actions—like simply singing, talking, or even breathing—can contribute in virus spread. In cases like this, specifically related to COVID-19 right now, some researchers believe that airborne transmission is at play. Because it's hard to ignore the similarities between the new coronavirus and the seasonal flu, does that mean the flu could be airborne as well?

First, a bit about what airborne means when talking about infectious diseases: Most of it boils down to respiratory droplet size and droplet nuclei. The larger a respiratory droplet is, the quicker it's going to fall to the ground (once the droplet hits a surface, a person then has to touch that surface, and then touch their mouth, nose, or eyes, to become infected).

The smaller a particle is, however, the longer it can linger in the air and infect people that way, Sherif Mossad, MD, an infectious disease specialist at Cleveland Clinic, tells Health. That's because those smaller particles don't quite make it to the ground as fast and can evaporate more quickly. That also ends up exposing the respiratory secretions' droplet nuclei—smaller particles, reduced by evaporation—which can "remain suspended in the air for several hours and are carried by air currents for a distance greater than six feet," Dr. Mossad says.

The Early Flu Symptoms You Should Know About, According to Infectious Disease Experts

One example of a truly airborne virus is measles, according to the Centers for Disease Control and Prevention. The measles virus is so small that it can remain infectious in the air for up to two hours after an infected person leaves a space, the CDC says. It's also why measles spreads so rapidly when there's an outbreak.

But it gets a bit tricky when talking about influenza and airborne transmission. Traditionally, the CDC says influenza viruses have been spread primarily through large respiratory droplets, emitted when a person sneezes or coughs. (Technically, these droplets are still airborne since they spread through the air, but they don't fit the particulate definition of airborne). And because the flu virus can't necessarily hang in the air for hours, doctors don't necessarily consider it as airborne.

That said, the CDC still points out that "Airborne transmission via small particle aerosols in the vicinity of the infectious individual may also occur," according to their website, "however, the relative contribution of the different modes of influenza transmission is unclear."

A 2018 study from the Proceedings of the National Academy of Sciences (PNAS) also discovered infectious influenza virus particles in "fine-aerosol samples" from exhaled breath and spontaneous coughs. Though more research needs to be done, researchers say that the virus be found in "aerosol particles small enough to remain suspended in air and present a risk for airborne transmission."

But while we can't say definitively that influenza is or is not airborne, there are a few things we know about it for sure: “The majority of transmissions are through droplets,” Dr. Lighter says—that means droplets produced by those infected with the virus can then land in the mouths or noses of people nearby. It's why social distancing and mask-wearing—both of which are helpful in preventing the spread of COVID-19—are also extremely helpful practices to protect yourself and others against the flu. Though it's less likely, the CDC also says influenza can spread through contact with infected surfaces.

Another way to protect others and yourself from the flu: recognize the symptoms—fever, fatigue, cough, sore throat, headaches—and stay home and away from others if you have them (and stay far away from others who exhibit them). And remember to get your flu shot: The CDC recommends getting your influenza vaccine before the end of October—something that's especially important this year as COVID-19 continues to circulate. 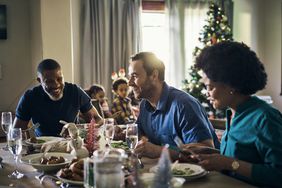 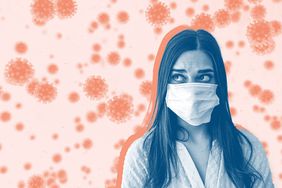 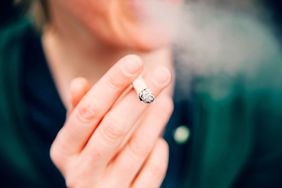