Though not perfect, the shots generally provide decent protection.

First the bad news: No vaccine is 100% effective (although some, like polio and measles, come pretty darn close). Even vaccines designed to protect against a single organism that doesn't change over time can't claim to be foolproof, because people's bodies react to vaccines differently, depending on age, immune system conditions, etc.

Which brings us to the flu vaccine. According to the CDC, flu vaccine effectiveness varies from year to year, but the good news is that recent studies show that the vaccine can reduce the risk of illness by between 40% and 60% in seasons when the vaccine is well-matched to the flu viruses that are circulating.

This year's flu season may be particularly tricky in part because there was almost no flu season at all last year.

"Flu season was so minor last year because the same steps we were taking to prevent transmission of COVID-19 were often the same steps taken to prevent the flu," says Michael Knight, MD, a primary care physician and assistant professor of medicine at George Washington University Medical Faculty Associates in Washington, DC. (Those steps included things like wearing masks, physical distancing, and frequent hand-washing).

"We're now going into a season where the majority of the population hasn't been exposed to a flu virus in over a year," Dr. Knight tells Health. "There's less natural immunity being carried over."

The flu vaccine has to be redesigned every year, explains the CDC. Different strains of the flu virus circulate each year, meaning that the vaccine has to be reformulated to fight those strains. And so the effectiveness changes from year to year, depending in large part on the accuracy of the prediction of what strains of the virus will be dominant.

"The flu virus can mutate, can change. You can have more than one strain of the virus circulating at any given time, though it's often the case that one is dominant," says William Schaffner, MD, medical director of the National Foundation for Infectious Diseases and professor of preventive medicine and infectious diseases at Vanderbilt University School of Medicine. "So what you do each year is construct a vaccine to protect against several strains." He goes on to explain that scientists monitor influenza around the world all year in order to choose the influenza viral strains they think will most affect the US for the upcoming season.

"During our summer, when we don't have the flu; countries below the equator in the southern hemisphere have their winter...and that's when they have their flu," Dr. Schaffner tells Health. "Experts monitor the different strains that are out there and do their best to predict which will be the most common strains circulating during our winter."

This year all the flu vaccine manufacturers are producing vaccines that protect against four different strains of the influenza virus (called quadrivalent vaccines), according to the US Food and Drug Administration.

What else affects flu shot effectiveness?

There are other factors that influence how effective the flu vaccine is each year.

Experts have tried to determine whether the nasal mist vaccine is more effective than the injected vaccine—or vice versa. Some studies have shown an advantage to the nasal spray, and others to the injection, depending on the age and health of the people being vaccinated. But in general, "The effectiveness between nasal vaccines and injections is similar," says Dr. Schaffner.

And, of course, all the vaccines being offered this year are quadrivalent, targeting the same four strains of flu virus. That means that if the prediction about which viruses will be circulating is correct, all of them will provide a good level of protection. The upside is substantial, says the CDC: Flu shots can prevent illness and complications. But if the prediction is wrong, it doesn't matter which kind of vaccine someone receives because they will all be less effective than hoped for.

Can I Get the Flu Shot and COVID-19 Vaccine at the Same Time?

Because the immune response to vaccines lessens as people age, the regular flu vaccine might not be as effective in seniors as it is in younger adults. To combat that, two specially-formulated senior flu vaccines aim to provoke a stronger immune response:

High-dose flu vaccine. This vaccine has four times the amount of antigen—the part of the virus that sparks the immune response—as the regular flu shot.

Adjuvanted flu vaccine. This one is like the standard flu vaccine, but it contains an "adjuvant"— an ingredient added to launch a stronger immune response.

"Both of these have been shown to work better in people age 65 or older," says Dr. Schaffner.

Why should you get an annual flu shot, even if it's not 100% effective?

Efforts to design an even better flu vaccine continue. Companies (like Pfizer) are working on shots that use the same innovative mRNA technology used in some of the COVID vaccines, for example. There are vaccines in the works that combine an influenza vaccine with a COVID booster (such as one being developed by Moderna). And, as a sort of holy grail, scientists are even trying to develop a "universal" flu vaccine that would be effective against all influenza strains, reports the National Institutes of Health.

Until there's a universal flu vaccine that makes yearly prediction a thing of the past, the currently available flu vaccines are the best protection we have against the disease (along with all the other steps we're supposed to be taking now to prevent COVID-19).

The jury is still out on exactly how effective this year's flu shot will turn out to be. Trouble is only about half of Americans choose to get the flu vaccine each year, CDC data indicate. And the vaccine can't be effective at all if people don't get it! 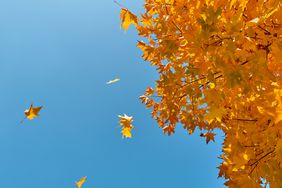 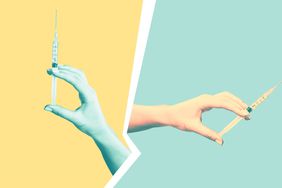 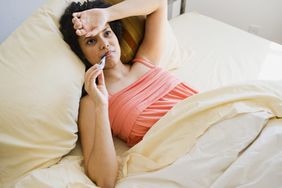