Most people—young and old—who get sick recover. Find out what makes a person more at risk for serious flu complications.

Some flu seasons —the fall and winter months—are not as dangerous as other flu seasons. As an example, the 2018–2019 flu season was milder than the previous year. However, there's still widespread flu activity across the United States each year. Much of the danger of flu is related to the effectiveness of the annual vaccine.

And yes, there are also deaths, including among adults and children who otherwise seemed healthy, sometimes shortly after developing symptoms, according to accounts from their families and health officials. Among eight flu-related deaths in San Diego, for example, was a 32-year-old man without any medical issues.

But what are your actual chances of dying from the flu—and how does it even happen? Health spoke to Pat Salber, MD, a former emergency room physician based in San Francisco and the founder of the blog The Doctor Weighs In to get answers.

What Are the Chances of Dying From the Flu?

The number of people who get sick with the flu, require hospitalization, or ultimately die from the virus changes annually depending on several factors, including which strain of the virus is dominant and the strength of that year's vaccine. But the CDC estimates that between 12,000 and 56,000 flu-related deaths occur each year.

That's still a relatively small number, considering that the number of flu cases in a given year can clock in at up to 60.8 million, according to the CDC. "In some of these pandemics, millions of people get infected, so death is relatively uncommon," Dr. Salber says.

How Does Someone Die From the Flu?

Some victims may contract a second infection while already battling the flu, like pneumonia (an infection of the air sacs of the lungs), which can be severe enough to lead to organ failure and ultimately death, Dr. Salber says. The flu can be further complicated by sepsis, a life-threatening reaction to an infection that happens when bacteria have entered the bloodstream.

Other people may die from the flu because their immune systems are already compromised by another illness. "Getting the flu can exacerbate conditions like diabetes, asthma, and chronic lung disease," Dr. Salber explains. "If someone with diabetes has mild renal failure, gets the flu, doesn't keep up with hydration—which makes renal function worse—and can't fight off the flu infection as well because they already have a lowered immune response, they can start to spiral out of control."

But even healthy people can die of the flu, as news reports of deaths among children often suggest. "Young kids who look really healthy may be getting overwhelmed by their own immune response," Dr. Salber says. In some cases, the body may increase immune defenses so much that infection-fighting proteins build up in the blood and damage other organs. "For example, you can get this immune response in the lungs," she says, which in turn makes it hard to breathe. "Kids complaining of shortness of breath is not regular with the flu."

Who Is Most at Risk of Dying?

Older adults and young kids are most at risk for serious complications of the flu, including hospitalization and death. Older folks are more likely to have weakened immune systems, to begin with due to underlying health concerns, and they're also more prone to developing a secondary infection, Dr. Salber says. Kids may be more likely to have an overwhelming immune system response simply because they may not have had previous exposure to a particularly aggressive strain of the flu.

Last year, for example, H3N2 was to blame for many cases of influenza. "It hadn't been around for a number of years," Dr. Salber says. "Kids who were born after the last time H3N2 was the dominant strain won't have pre-formed antibodies, so the virus can spread more rapidly."

Everyone has a different immune system, and the way an individual responds to the flu varies. Although our understanding of the flu has come a long way, "there are still lots of unknowns, unfortunately," she says.

How Can Someone With the Flu Stay Safe?

This is not the time to play the hero. "Have a low threshold for when to contact a healthcare professional," Dr. Salber says, especially if you feel like you're the sickest you've ever been or you have severe, out-of-the-ordinary symptoms, such as shortness of breath.

"Most illnesses start out mild, you get sicker, and then you start getting better," she explains. "If you're getting sicker and sicker, don't wait it out." A doctor may decide to give you an antiviral treatment like Tamiflu or Relenza or diagnose and treat a secondary bacterial infection with antibiotics. Follow Mom's advice too: Get plenty of rest, and stay hydrated to give your body the best shot at beating the flu safely and quickly.

What's the Best Way To Avoid the Flu in the First Place?

Getting your flu shot is still the best way to protect yourself against the flu—yes, even if it's late in flu season. It's never 100% effective, "but it still has some protection," Dr. Salber says. It's better than nothing, and it helps protect the most vulnerable among us. "Young healthy people might say, 'I can gut it out,' but if you go visit Grandma, [and give her the flu], maybe she can't gut it out. Get your flu shot not to just protect yourself, but your loved ones," she says.

Wash your hands regularly too, and don't feel bad politely bowing out of a germy handshake. Your life, or someone else's, may be at stake.

9 Signs It's More Serious Than the Common Cold
Was this page helpful? 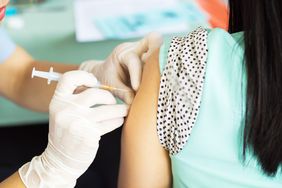 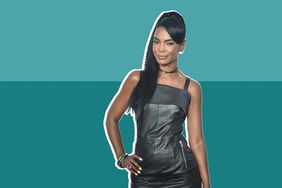