Her son tested positive after she noticed a change in his skin.

The severity of flu season has been dominating headlines since the new year. While we know the classic flu symptoms (such as fever, cough, fatigue, and body aches), one mom shared a now-viral post about a rare warning sign she believes everyone should be aware of.

Brodi Willard, a registered nurse in Nebraska, posted a photo on Facebook of her son with hives on his arm. “My son came home from school with hives,” she wrote. “Every time he would scratch, more would appear. We tried changing his clothes and giving him a bath, but nothing helped. I called his pediatrician. They said they had two kids come into the office that day with the same symptoms and tested POSITIVE FOR INFLUENZA."

“I took him to the doctor this morning, and he tested POSITIVE for INFLUENZA B. He has had NO symptoms. No fever, no cough, and no runny nose. He only has hives. Please keep watch on your children so if they develop hives, please call your pediatrician. I have never heard of this symptom but it is obviously something to be on the lookout for.”

While not a hallmark symptom of the flu, it's possible that hives could signal an infection, says Pritish K. Tosh, MD, a Mayo Clinic infectious disease physician and researcher. "Although I cannot comment about any specific case or patient, I can say that hives are not commonly associated with influenza and may represent a second, unrelated process," Dr. Tosh tells Health. "However this being a very rare manifestation of influenza infection is certainly in the realm of the possible."

The Centers for Disease Control also lists "fever with a rash" as one emergency warning sign of a flu infection in children. So along with watching for typical flu signs, be alert to any unusual skin changes, especially in a young person. If hives or a rash develop, watch for other symptoms, and play it safe by letting your doctor know your concerns. 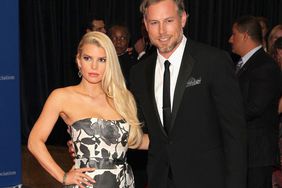 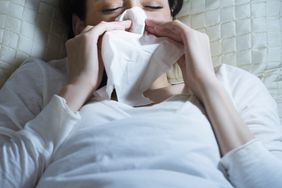 How to Get Rid of the Flu Faster