Both conditions can cause pelvic pain, but there are some key differences.

When a person experiences painful periods, heavy bleeding, and chronic pain in the pelvic region, this constellation of symptoms could suggest endometriosis, a condition in which endometrial tissue spreads and implants beyond the uterus. During menstrual periods, this misplaced endometrial tissue can shed blood into the pelvic region and beyond, causing cysts, scar tissue, and adhesions to form over time, according to Johns Hopkins Medicine.

But if the endometrial tissue burrows deep into the muscle of the uterus and not outside the uterus, the diagnosis is actually adenomyosis, a condition that is related to endometriosis but has a few key differences.

Both diseases can cause pain, said Sanjay Agarwal, MD, director of the Center for Endometriosis Research and Treatment at the University of California, San Diego. People with adenomyosis generally tend to have pain related to their periods, while those with endometriosis might also feel pain with bowel movements and at other times in the cycle.

"With adenomyosis, the main impact on quality of life is a painful period," said Dr. Agarwal. "Perhaps this is because endometriosis goes further afield."

The presentation of symptoms for both conditions exists on a range—sometimes leaving the conditions unnoticed. It's estimated that about one-third of women with adenomyosis experience no symptoms at all, according to a September 2016 Obstetrical and Gynecological Survey article. The same is the case for endometriosis, according to an August 2021 study published in Reproductive Biomedicine & Society Online: It "presents differently in different women. Some women have chronic and recurring monthly pelvic pain and heavy bleeding, other women have problems with fertility, and other women have no symptoms at all."

While more healthcare providers are beginning to treat endometriosis based on symptoms such as pelvic pain and painful periods, the most definitive diagnosis is made during a surgery called a laparoscopy, in which a healthcare provider inserts a thin tube with a light and camera at the end into a small incision in the abdomen. Through the scope, they can see endometrial lesions, cysts, and adhesions and remove them.

Diagnosing adenomyosis is much less invasive. According to MedlinePlus, magnetic resonance imaging (MRI) can help providers see whether the myometrium is thicker than normal, which is one sign of the condition. MRIs and transvaginal ultrasounds can also help identify cysts in the walls of the uterus, as well as myometrium with an abnormal texture. If the growths are limited to just a few cysts, the adenomyosis is classified as focal, while abnormal myometrium throughout the uterus is called diffuse adenomyosis.

Infertility in Adenomyosis vs. Endometriosis

Both conditions can raise the risk of impaired fertility, or the inability to either conceive or carry a pregnancy to term.

When it comes to adenomyosis specifically, the September 2016 Obstetrical and Gynecological Survey article also indicated that embryos can struggle to implant in the enlarged and "hard" uterus. Pregnancy losses are also more common. The researchers further found that women with adenomyosis undergoing in vitro fertilization (IVF) had double the rate of miscarriages compared to women who had both adenomyosis and endometriosis.

If treatments such as IVF don't work, healthcare providers may suggest a drug protocol called a gonadotropin-releasing hormone agonist, according to a July 2018 Human Reproduction Open study. This protocol suppresses the production of reproductive hormones, including progesterone and estrogen, to reduce the size of the uterine growths.

Healthcare providers may also attempt surgery to remove the growths, known as adenomyomas, and reconstruct the uterus. Based on a September 2017 study published in Fertility and Sterility, these two alternative treatments have been shown to increase the chances of spontaneous pregnancy among women with adenomyosis, while the drug protocol may also help make IVF more successful.

However, depending on the size and spread of the condition, women with extensive adenomyosis might end up needing a surrogate to carry their pregnancy, said Dr. Agarwal.

Treatment options for both conditions are similar and escalate in intensity from birth control pills to suppress the release of reproductive hormones to surgery to remove endometrial cysts, scar tissue or implants, adenomyomas, or even the entire uterus.

In between these two ends of the spectrum, women can try other hormonal medications, as indicated in a March 2018 BioMed Research International article, to drive down the production of estrogen, a hormone that makes both adenomyosis and endometriosis worse. These drugs, delivered through injections, hormonal IUDs, or pills, have been shown to reduce menstrual cramping, pain during sex, and chronic pelvic pain in both conditions.

If you're dealing with symptoms of either condition, your healthcare provider can determine which treatments will work best for your case. 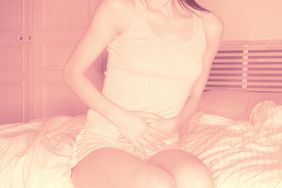