The Risks and Benefits of Light Therapy for Atopic Dermatitis

There's an upside for people with stubborn symptoms, but always discuss the benefits and risks with your doctor.

Light therapy, also known as phototherapy, is a skin treatment that harnesses the power of ultraviolet (UV) light to ease severe eczema symptoms. It can be a potent weapon in the arsenal of treatments for people with difficult-to-treat atopic dermatitis, the most common type of eczema. But while light therapy can help improve symptoms, it also comes with risks.

Light therapy is generally reserved for adults and adolescents with widespread eczema symptoms, or for those whose atopic dermatitis is not responding to first-line treatments (such as gentle moisturizers or topical steroids). The treatment involves emitting UV light from special medical therapy lamps, and can help reduce inflammation and itch. About 70% of people see an improvement in symptoms after light therapy, according to the National Eczema Association.

Narrowband ultraviolet B (UVB) light is the type of phototherapy usually recommended for the treatment of atopic dermatitis, but there are also other types, such as UVA1 and broadband UVB phototherapy.

"Some may say [light therapy] is time-consuming because it includes many treatments and visits to the doctors, but its results are unrivaled," said Kim Nichols, MD, a Greenwich, Conn., dermatologist and cosmetic surgeon. "A successful response returns the skin to a normal appearance."

Still, light therapy is not a panacea for every eczema sufferer. And experts stress that people with atopic dermatitis should speak to their doctor about the benefits and risks of this treatment first.

"We don't necessarily like to put people into it unless there's nothing else that's keeping them controlled,"says Jon Hanifin, MD, professor of dermatology at Oregon Health & Science University in Portland.

For such patients, Dr. Hanifin usually puts them on an immunosuppressant medication such as cyclosporine for a limited period of time (cyclosporine can have worrisome side effects)until their skin isn't "all thickened and red and scratched." He then tapers them off the treatment while they're building up their ultraviolet treatments with the goal of stopping inflammation.For these people, he explains, light therapy can be a bridge to healthier skin. "UV is really good for them," he says. "But it's not for everybody."

As with ultraviolet radiation from the sun, light therapy has risks. The most obvious is that exposure to UV radiation can produce genetic mutations that eventually lead to skin cancer or, in rare cases, melanoma, the deadliest form of skin cancer. Men whose genitals are exposed to UV light may be at risk for genital cancer. Light therapy can prematurely age the skin, especially in people who are fair-skinned.

Dermatologists are mindful of these risks, which is one reason why light therapy for atopic dermatitis is given in controlled doses, usually two to three times a week, and generally under physician supervision. 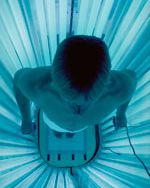 A Guide to Using Light Therapy for Psoriasis 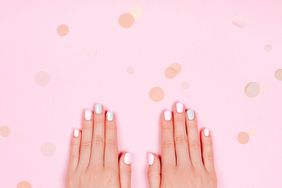