When your voice is your occupation or your passion, it can be devastating when you experience problems with it. Vocal problems can run the spectrum from hoarseness to throat cancers. Singer, Jessie J, is opening up about struggling with a painful condition that makes it difficult for her to sing called vocal cord nodules.

The 33-year-old singer-songwriter said in an emotional Instagram post that she's been grappling with nodules on her vocal cords for about five months. The post features a video of herself softly singing her new single "I Want Love" which she said she sent to a speech therapist.

"Just hearing myself sing it and feel[ing] so vulnerable whilst singing bought me to tears," she wrote. "I have never ever to this day (since recording it) been able to sing it because of the pain I am experiencing. Man, it's been hard not singing."

Jessie shared that singing is "literally my lifeline and my happiness. Being quiet is not something I'm good at. Or makes me feel like myself. Lord knows I'm loud af."

The "Price Tag" singer said that shooting the video made her realize that "I needed to be honest with myself and honest with you all about where I am at and explain what is going on… To be totally real, to have your support and love would help me get through this faster I'm sure."

Jessie then went on her Instagram Story to explain more indepth about what she's experiencing, noting that she thought her health issue "would be solved by now" but that hasn't been the case.

Burning in Her Throat

"In February, I started to feel a burn in my throat constantly. I ignored it for a bit as I presumed it was fatigue from the studio," she wrote. "When I went to see a doctor I was told I have major acid reflux and nodules because I have continued to sing with acid reflux which was probably caused by the steroids I had taken for my ear late last year."

Jessie previously shared that she went temporarily deaf in one ear due to Ménière's disease—an inner-ear condition that can cause hearing loss.

Jessie said that the reflux would cause "blisters" to form on her throat, so she began taking antacids for relief. That didn't work, so she changed medications, but she's still been struggling.

"I have had 8 cameras down my nose to look by 6 different doctors now," she wrote. "I ate the same 6 foods for 3 months." She's also tried acupuncture and massage but, she said, "I am still in pain everyday [sic]."

Healing From the Nodules

"With rest and little talking/singing the nodules melted away. Like Olaf in the sun," she said. "But every doctor has told me if I sing (especially these songs) the nodules will just come right back."

Jessie said that she felt "confident" in recording her latest songs, saying that her team agreed it was probably OK to do. "Maybe we were right, maybe we were wrong," she said. "But the passion and fire was and it's still there for these songs and I felt it so important for you to have new music and it be out for summer."

Jessie said that she's not sharing the news "for pity" but is hoping her fans will understand why she hasn't done promotion for her new music. "I have been heartbroken to turn things down," she added.

The comments of Jessie's post were flooded with well-wishes from fans and fellow singers. "Wish you love and healing Jessie ❤️," wrote Leona Lewis. "I WENT THROUGH THIS SAME EXACT THING AND NOW I'M GOOD BABE! 🙏🏽 You'll be fine I swear!! Reach out to me if you need advices! ❤️❤️

What Are Vocal Cord Nodules?

The nodules Jessie is talking about are technically called vocal cord nodules—or vocal fold nodules. Your vocal folds are inside your voice box, aka the larynx explains the American Speech-Language-Hearing Association (ASHA). When you talk, air moves from your lungs through the vocal folds and out your mouth. Those vocal folds vibrate to create sounds like singing and speaking.

But anything that makes it harder for your vocal folds to vibrate can cause a problem with your voice. Vocal fold nodules are one of those problems.

Vocal fold nodules are growths that can form on your vocal cords, Phillip C. Song, MD, director of laryngology at Mass Eye and Ear, tells Health. They're benign (meaning, not cancerous) but they can be painful and cause symptoms that can interfere with the way that your voice sounds.

The ASHA lists the following as possible symptoms of vocal fold nodules:

"It's the result of chronic phonotrauma—a lot of voice use," Dr. Song says. "It can happen to anyone who uses their voice a lot."

That includes singers, but also people who talk a lot, he says, listing often impacted people as those who are chatty, along with clergy, attorneys, and people who work at call centers. "The impact to singers is really disproportionate because they rely on the quality of their voices," he says. "Vocal fold nodules can impact pitch, range, and vocal fatigue."

While Jessie mentioned that acid reflux was an issue for her, Dr. Song says it's often more something that can put someone at risk of developing nodules and other vocal injuries because reflux causes inflammation in the throat.

Vocal fold nodules are usually treated with rest or voice therapy, Dr. Mehdizadeh says. "They typically go away with some conservative voice use or voice rest," he says. Voice therapy usually involves learning to take care of your voice and use it more efficiently, Dr. Song says.

While voice rest and therapy usually help, Dr. Mehdizadeh says that a "very small percentage" of patients will need steroid injections and surgery to remove the nodules.

Overall, though, Dr. Song says that "resting the voice and having a therapist who matches the patient is key." 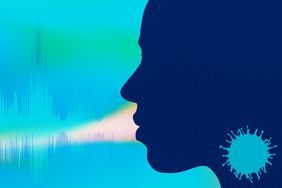 Hoarseness: How Likely Is It to Be a COVID Symptom? 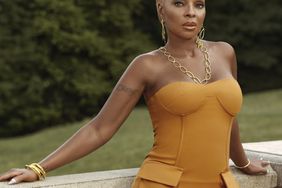 My Acid Reflux Was Unbearable, and Surgery Did Not Help
This 24-Year-Old Discovered She Had Pulsatile Tinnitus After Posting Her Symptoms in a Facebook Group 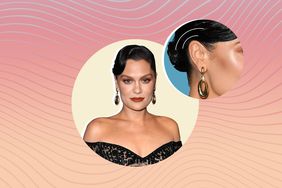 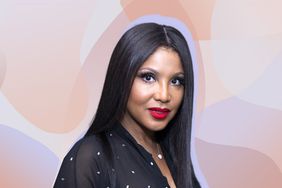 When You Should See a Doctor for Long-lasting Hiccups 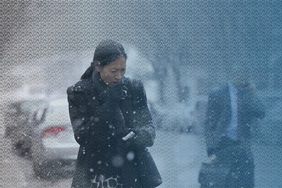