Explosive Diarrhea—What It Is and What Causes It

Yep, there's something even more awful than regular diarrhea.

Having diarrhea is unpleasant under the best of circumstances. But having so-called "explosive diarrhea" is the stuff of nightmares. But what does it mean, exactly? Doctors break it down, plus what to do if you're unlucky enough to experience this.

Technically, explosive diarrhea isn't a medical term, but it can be used to describe some pretty intense poop action. "When people say 'explosive diarrhea,' they usually mean there's an urgency to it and a sort of violent expulsion," Kyle Staller, MD, a gastroenterologist at Massachusetts General Hospital, told Health.

It's not necessarily the same thing as severe diarrhea, which healthcare providers usually think of as having more than six loose, watery poops a day, along with symptoms of dehydration and abdominal pain, Dr. Staller explained. But explosive diarrhea can lead to severe diarrhea, Dr. Staller added.

Many conditions can cause explosive diarrhea. Dr. Staller listed the following common causes:

The giardia parasite causes the diarrheal disease giardiasis, per the Centers for Disease Control and Prevention (CDC). Giardia can be found on surfaces or in soil, food, or water that has been contaminated with poop from infected people or animals.

It depends. If you're just having explosive diarrhea but otherwise feel OK, Dr. Staller said you're probably fine waiting it out at home.

Dr. Staller advised calling your healthcare provider ASAP if you have these symptoms along with your explosive diarrhea:

"This would indicate that, at a minimum, you'll need intravenous fluids," Dr. Staller explained. Also, if you have a condition like Crohn's disease, ulcerative colitis, or are immunocompromised or pregnant, Dr. Staller recommended calling your doctor right away. You could be at a higher-than-usual risk for complications from severe diarrhea.

If you suspect that you have giardiasis (meaning, you recently swam in a lake, river, or pool that may not have been well-chlorinated), don't sit on that either, Anita Gorwara, MD, a family medicine physician and medical director of urgent care at Providence Saint John's Health Center in Santa Monica, Calif., told Health. "You should come in and be seen," Dr. Gorwara said. If it's not treated, you run the risk of spreading it to your family members, friends, and other people around you, Dr. Gorwara pointed out.

Your healthcare provider will often want to take a stool sample to try to determine what's behind your diarrhea, Dr. Gorwana said. Given that it can take time to get test results back, Dr. Staller told Health that many healthcare providers will prescribe an antibiotic, just in case.

At home, it's best to make sure you're taking care of yourself while you recover. "Hydration and a bland diet are important," Dr. Gorwana said.

7 Ways to Get Rid of Diarrhea Fast, According to Doctors
Was this page helpful?

Thanks for your feedback!
Tell us why!
Related Articles
7 Reasons Your Poop Looks Green 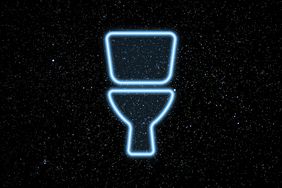 Stomach Flu vs. Food Poisoning: How To Tell the Difference
Floating Poop: What You Need To Know