Because I definitely *feel* lighter after it.

We all do it: Breaking wind, tooting, farting—whatever you call it, passing gas is just part of being a living, breathing human being (Quick FYI: The average person farts up to 23 times a day, according to the Cleveland Clinic, so it's really unavoidable).

But because it happens so frequently—nearly once an hour!—it kind of begs the question: Are there any real benefits of farting—aside from that sweet feeling of release? Like, maybe your body's burning some extra calories in expelling those farts?

Turns out, it's actually a pretty common question—at least on the internet. Entire reddit threads are devoted to the issue, and one even shares that "one fart burns approximately 67 calories," according to a Google screenshot. Clearly, it's something that needs professional input, so Health reached out to an expert to weigh in on whether farting really does burn calories, or if it's all hot air.

First Things First: What Exactly Is a Fart?

Basically, a fart is just the body getting rid of extra gas. "Farting, also known as flatulence, happens when you have excess gas in the stomach and/or intestines," Tanya B. Freirich, MS, RD, New York-based nutritionist and registered dietitian for Sweet Nova, tells Health. "Expelling that gas through your anus creates a fart."

Excess gas could be due to many different factors, such as malabsorption of food, increased fiber intake, or swallowing a lot of air while eating.

"A common example of malabsorption of food is lactose intolerance," Freirich explains. "Without the correct enzymes, the body doesn't digest dairy sugar (lactose) properly, and produces excess gas as those sugars are fermented in the digestive tract."

Cruciferous vegetables like sprouts, cabbage, broccoli, and cauliflower are also well-known for causing more gas production. Other foods that often cause a stink are beans and dried fruits. "Cruciferous vegetables and beans are a source of raffinose (a sugar) and fiber that can produce extra gas," Freirich says. "Many fruits, especially dried fruits, are a source of sorbitol, a sugar alcohol that can cause increased gas."

Now That That's Out of the Way, Does Farting Burn Calories?

Unfortunately, there's no room for debate here: Farting does not burn any measurable calories. "While calorie burn would be the silver lining on this stinky cloud, farting doesn't burn calories," Freirich says. This is because calorie burn is caused by muscle activation, and farting happens when muscles (in the anus) relax, she adds. Even when you bear down to push some gas out, no calories are burned.

But, this doesn't negate the fact that you could at least feel a little lighter after a fart—when your body releases that trapped gas, it could help lessen bloating.

Another thing to pay attention to: If you feel like you're farting more than usual—or if your farting is accompanied by more frequent bowel movements, unexpected weight loss, or even blood in your stool—you should get that checked out by a doctor right away since it could signal a bigger problem

But as far as farting your way to more burned calories goes, you're out of luck.

Why Does My Poop Smell So Bad?
Floating Poop: What You Need To Know 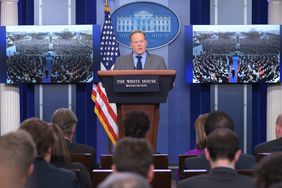 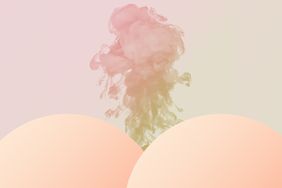