Having feces leak from your intestines into other areas of your body sounds like something out of your worst nightmare, but it can happen. While uncommon, if you have certain types of cancer or inflammatory bowel disease (IBS), you're at a higher risk for this condition.

For example, a 2019 case report published in the New England Journal of Medicine tells about a 72-year-old woman who went to a healthcare provider complaining of gassy bubbles in her urine. It turned out that fecal matter was leaking out of her intestines into her bladder.

The woman had recently been treated for a urinary tract infection (UTI), as well as a condition called diverticulitis, which occurs when part of the intestine is inflamed or infected. Doctors found that fecal matter was leaking through a colovesical fistula—an opening between the colon and the bladder—which they believe was caused by diverticulitis.

NEJM: video footage of soft yellow feces leaking into the fluid of the bladder through a small hole—the fistula.

According to the National Library of Medicine's resource MedlinePlus, a fistula is an abnormal connection between two body parts. Fistulas can happen in many parts of the body, including in arteries and veins, bile ducts and skin, the cervix and vagina, and the neck and throat (among others).

Colovesical fistulas are a type of enterovesical fistula (EVF). An EVF is a fistula that occurs when an opening forms between the bladder and the bowel, per the American Urological Association.

EVFs are uncommon, accounting for about one out of every 3,000 surgical admissions, according to a 2021 study in the journal, Annals of Medicine & Surgery. The peak incidence is between the ages of 51 and 60, and according to a 2021 review of the literature in the journal BMC Surgery, males seem to be more affected than females by about 2:1 to 3:1.

The remaining causes of EVF include trauma (like a sports or motor vehicle accident), accidental trauma caused by surgery or a medical procedure (such as a colonoscopy), and an abscess of the appendix. Surgical equipment used during surgery and forgotten in the abdomen can be another cause of EVF, as was the case in a 2014 study in the journal Case Reports in Urology.

According to the Annals of Medicine & Science study, diagnosing EVF is difficult. Consequently, it can be months before a diagnosis is made. In the meantime, the condition is decreasing the patient's quality of life. If left untreated, EVF can lead to death.

According to a 2013 study in the journal Gastroenterology Research and Practice, the most common symptom of EVF presenting in 50 to 70% of cases is pneumaturia—bubbles in the urine. The urine may look foamy and you might have bubbles interrupting your urine stream.

Fecaluria—feces in the urine—also occurs in up to 51% of cases. It may cause your urine to have a brownish tint or look cloudy.

Someone with an EVF also tends to have recurrent UTIs. They may also feel an urgency to urinate and have to urinate more often. Hematuria—blood in the urine—is also common. There can also be an odor in the urine, as well as lower abdominal pain.

CT scans and MRI are two common ways EVF can be diagnosed, according to the BMC Surgery study. A barium enema can also be used to diagnose EVF, as can a cystoscopy. A cystoscopy is a procedure in which a small camera is inserted into the bladder so the surgeon can see what's going on inside.

EVF is typically corrected via surgery. But because EVF is so uncommon, there are no specific guidelines on the type of surgery that is best—laparoscopic or open—through an incision. There is also a lack of consensus regarding what other surgical strategies to use. Despite this, however, surgery tends to have favorable results for most people, according to the BMC Surgery review.

In the case of the 72-year-old woman in the NEJM, she underwent surgery to close the gap and remove part of her colon. At her two-month follow-up, she reported she was completely recovered and had no recurring symptoms.

While uncommon, if you suspect you could have EVF due to your symptoms, see your healthcare provider as soon as possible. Left untreated, the results could be dire. But once diagnosed and repaired, the outlook is very good.

Enterovesical fistulas (EVFs) allow feces to leak into the bladder. Diverticulitis is the most common cause of Enterovesical fistulas. Certain diseases such as cancer colorectal, bladder, and prostate cancer and Crohn's disease increase the risk for this potentially life-threatening condition.

EVFs are difficult to diagnose but are typically corrected via surgery. If you suspect you could have EVF, you should see your healthcare provider right away. 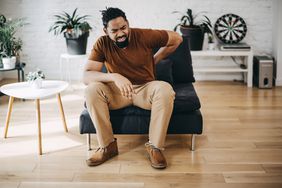 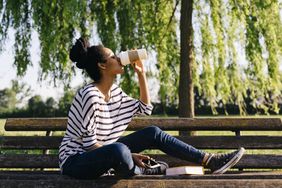 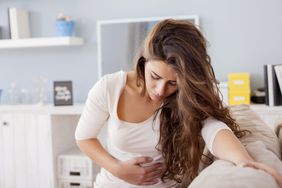