Attempted suicides and suicidal thoughts are on the rise among school-age children and teenagers, according to a study published in Pediatrics. Based on data from 31 children's hospitals around the country, the percentage of emergency room visits related to suicidal thoughts or attempts more than doubled over an 8-year period—from 0.66% in 2008 to 1.82% in 2015.

Overall, 115,856 suicide-related encounters were included in the study, nearly two-thirds of which involved girls. Hospitalization rates increased from 2008 to 2015 across all age groups, with the highest increases among 15- to 17-year-olds, followed by 12- to 14-year-olds. Rates increased for both boys and girls, but the spike was higher in girls.

Lead author Gregory Plemmons, MD, associate professor of clinical pediatrics at Monroe Carell Jr. Children's Hospital at Vanderbilt University, says the idea for the study came from anecdotal evidence they were seeing in their own emergency department.

"We were seeing more kids coming in and being admitted with these issues, and we decided to look at what was going on nationwide," Dr. Plemmons told Health. "We were a little surprised to see that this is not just a local trend, but it's something that's happening all over the country."

RELATED: Why Do People Kill Themselves? These 5 Factors Help Explain It

The researchers also noticed a surprising seasonal trend: Rates were highest during the fall and spring and lowest in the summer. October accounted for nearly twice as many encounters as July.

"It seems like the school year probably has an influence," says Dr. Plemmons. "About 6 to 8 weeks after school started, nationwide we had twice as many kids coming in." This is especially surprising, Dr. Plemmons adds because rates of suicidal thoughts and attempts among adults tend to follow the opposite pattern: They occur more in May, June, and July than in any other months.

"We think what may be happening is that once school is back in session, cliques form again, and cyberbullying increases," says Dr. Plemmons. "It's a very different world today than the middle school or high school that we as adults grew up in."

Previous research has suggested other factors that may contribute to growing rates of depression and suicidal thoughts among adolescents, the authors point out in their paper. The decreasing age of puberty in girls, trends in the use of antidepressants, and potential effects of the 2008 economic crisis are a few examples.

RELATED: 10 Signs You Should See a Doctor for Depression

This study did not look at actual suicide rates among youth, but other research has suggested that they have also increased over a similar time period. That suggests that the rise in hospitalizations isn't simply due to more children seeking help, say the researchers, nor increased awareness of parents and teachers.

In fact, suicide is the third leading cause of death among adolescents in the United States, behind motor vehicle accidents and homicides, according to data from the Centers for Disease Control and Prevention. Among 10- to 14-year-olds, it's now tied for first.

Dr. Plemmons says that parents shouldn't hesitate to talk with their children about depression, anxiety, and other mental health issues. And if a child seems to be struggling, adults shouldn't be scared to ask if they're thinking about hurting themselves.

"Asking about it is not going to make it happen," he says. "Obviously there's uncomfortableness around this topic, but evidence shows that there's no suggestibility: You're not going to give them the idea by bringing it up."

RELATED: 8 Signs Someone Is at Risk of Suicide

It can be difficult to know the difference between normal adolescent angst and clinical depression, Dr. Plemmons admits. "But knowing your child well, and talking with him or her on a regular basis, can help," he says.

Parents should also be on the lookout for changes in a child's sleep schedule, appetite, or hobbies. "If they lose interest in things they used to do, if they're becoming withdrawn or there's an increasing amount of screentime, those can be red flags," Dr. Plemmons says.

And if a child tells you that he or she has thought about suicide, "don't discount or minimize that," Dr. Plemmons adds. "And know where you can go to potentially seek help, like from a family doctor or a pediatrician."

The publication of Dr. Plemmons' study comes just ahead of this weekend's release of the second season of 13 Reasons Why, a Netflix series that depicts the suicide of a fictional teenager and the cassette tapes she's left behind for her friends and family. While some experts say that the show can be a good conversation starter for families, many have serious concerns with it, as well.

After the first season of 13 Reasons Why was released, Google reported a 26% uptick in searches for "how to commit suicide." "We know there is a contagious effect, and we saw that here, anecdotally, more kids were thinking about it," says Dr. Plemmons, who did not watch the show's entire first season but did read the book it was based on.

"I do feel like [the show] sort of glamorized suicide, and it's easy to forget that this main character is actually dead," he says. "I'm hoping in the second season they can show the ripple effect of one person's suicide that we can see on others around them." 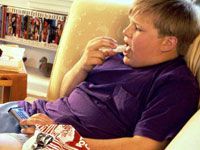 Study: Obese Children, Teens Have the Arteries of 45-Year-Olds and an Increased Risk of Heart Disease 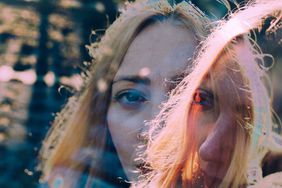