Why Global Warming Is a Serious Threat to Our Mental Health

The warmer it gets, the more likely people are to report problems such as depression and stress.

Global temperatures have risen about 1 degree Celsius (or 1.8 degrees Fahrenheit) since preindustrial times and could rise another half-degree by 2030. This temperature increase could be putting more people at risk of mental health problems. The report was released by the United Nations in 2018. Experts say that increase would be catastrophic to the environment, triggering changes in extreme weather, sea levels, and animal populations, to name just a few of the predicted consequences.

Researchers say that this continued rise in temperatures has had other effects, too, on everything from the economy to disease and famine rates. And according to a study published in the Proceedings of the Natural Academy of Sciences, it's also linked to an increase in mental health problems.

The study first looked at more than 2 million responses to an annual government survey that asked people about their mental health over the last 30 days, collected over a 12-year period. They found that people were 0.5 percentage points more likely to report issues like stress, anxiety, and depression during months when the average temperature was above 30 degrees Celsius (86 degrees Fahrenheit), compared to months when the temperature averaged between 25 and 30.

That small increase may not seem like a lot, but Obradovich says that if those numbers were extrapolated across the entire country, it would mean almost 2 million more people reporting mental health problems. And looking forward, he and his co-authors wrote in their paper, "we observe that days with temperatures that exceed 30 degrees C are likely to become more common in the future… particularly in the U.S. South."

The new report acknowledges that an increase in average temperatures is likely just one variable that has changed over time, and that the study can only show an association between temperature and mental health, not cause and effect. But their research did control for some factors—such as the demographic makeup of cities—and the association remained.

"The finding isn't definite, but it certainly suggests we should look further into that relationship," Obradovich says. There are several possible reasons why warmer weather could lead to worsened mental health, he adds. In a previous study, he and his colleagues found that people tend to post about negative emotions more frequently on social media when temperatures are at their highest.

"It could be a direct relationship between temperature and mood," he says. It's also possible that people have more trouble sleeping when it's warmer, that temperature has an effect on cognition, or that people are simply more anxious about other consequences of climate change, he adds. "Figuring out exactly what is going on is one of the more important things scientists in this area are working on."

Living through a natural disaster can affect mental health, as well, and scientists say that warmer temperatures will likely mean more events like severe hurricanes and floods. The new study looked specifically at this angle, too: It found that people who'd been directly affected by Hurricane Katrina were 4 percentage points more likely to report mental health issues, compared to those in other regions.

"Climate change is an everything issue," he says. "It's altering the normal environmental systems that we rely on for our societal well-being. It's an environmental issue. It's a public health issue. It's a national security issue. Unabated, it poses a grave threat to humanity."

How the Stress of Carrying Student Debt Can Impact Heart Health Later On
Work Burnout: What It Is and How to Deal With It 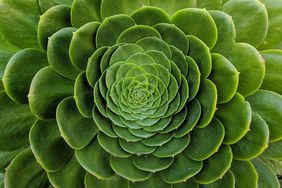 Experts Are Preparing for the 'Next Normal' in the COVID-19 Pandemic—Here's What That Might Look Like
How Often Should You Weigh Yourself, if at All?