7 Ways to Support and Care for a Depressed Elder

Depression is not a normal part of aging, and yet it often goes undiagnosed.

"One of the hardest questions I get from families is, 'How can I get my elderly loved one mental health help when they don't want it?' " says Joel E. Streim, MD, professor of geriatric psychiatry at the University of Pennsylvania. Many seniors are resistant to treatment because they don't want to burden their families, or equate depression with weakness or even death.

But because older adults are at risk for depression, are underserved by the mental health profession, and have the highest rates of suicide in the country, taking a proactive approach is crucial. Here are some coping strategies.

1. Learn to distinguish depression from other stressors. Depression is not normal bereavement or stress. "If your parent is not eating for more than a few days, or loses interest in activities that used to give her pleasure for more than two weeks, it could be depression," says Dr. Streim.

2. Recognize that little losses can mean a lot to the elderly. For example, if your elderly father can no longer drive, offering to squire him around or pay for a taxi service won't necessarily soften the blow. "The elderly are less likely to cope with loss as well as young people because of the added years of meaning behind it, and the fewer years with which to move on," says Kathleen Buckwalter, PhD, RN, professor of gerontological nursing at the University of Iowa. Caregivers can help by recognizing its significance: "Ask your elderly parent what they feel about the loss. It's really important to hear them out and honor their emotions. Listening offers direct comfort and support."

3. Be aware that depressed adults don't always look depressed: "Older adults often say, 'I am not sad,' or 'I am not lonely,' because they don't want to be a burden on the family," he says. "Instead, they show signs of distress by wringing their hands excessively, getting agitated or irritable, or having difficulty sitting still."

4. Don't impose your terminology: "For the person who says, 'No, I am not depressed,' I listen closely to what has changed in their life," says Dr. Streim. For example, if a senior says she can't sleep, he uses that as a hook to discuss how he may have some ideas about getting to sleep better or longer. "I don't say the words 'depression,' 'drugs,' or 'therapy' if an older adult doesn't buy into the idea that they need help," he says.

5. Recognize that depression is an illness, not laziness. Family members should be aware of the disability that depression can cause and should avoid making depressed parents or relatives feel guilty by telling them to get out more or pull themselves up by the bootstraps. "I have seen people so sick with their depression that they can't get out of bed," says Dr. Streim.

6. Don't take over the person's life. Buckwalter urges caregivers not to do things for older people that they can do for themselves. "Doing things for a depressed person is often not helpful at all, because it reinforces their perception that they are worthless and incapable," she says. Instead, help your elderly relative break tasks into steps and praise them for any efforts.

7. Try to participate in your elderly relative's medical care. Because of new confidentiality laws, geriatric psychiatrists can't disclose information to families without their patient's permission. "Many older people do give us that permission," says Dr. Streim. "If they don't, family members can always call me and let me know what they are seeing, and it is helpful when they do." 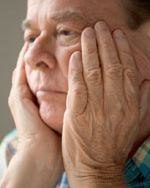 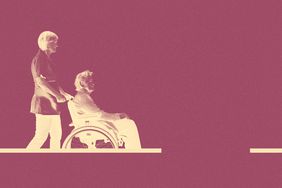 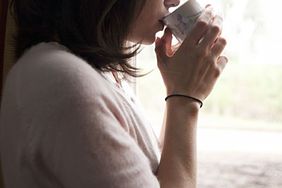