What Are Symptoms of Premenstrual Dysphoric Disorder?

Crying before your period, concentration issues, and anxiety are just a few potential signs of premenstrual dysphoric disorder (PMDD).

Just before your period, you may find yourself crying more than usual, snapping at your co-workers, or constantly craving chocolate.

Experts say those could be side effects of premenstrual syndrome (PMS). But if you're in a serious emotional funk that goes so far as to disrupt your work and relationships, you may have premenstrual dysphoric disorder (PMDD).

PMDD is a condition where a person may have severe mood symptoms, like depression and irritability, and tension before a period. Essentially, the disorder strikes people who menstruate the week before a period and subsides when the period starts, just like PMS.

A person must have a mood-related symptom, along with four other severe PMS symptoms, to get a diagnosis of PMDD. Usually, the symptoms cause issues with school, work, or social interactions. Symptoms also exclusively coincide with a person's menstrual cycle for at least two cycles in a row.

PMDD is a disorder in the Diagnostic and Statistical Manual of Mental Disorders, Fifth Edition, Text Revision (DSM-5-TR). Also, the International Classification of Diseases, 11th Revision (ICD-11) added PMDD to its list of diagnoses.

Many people who menstruate have at least mild PMS symptoms. However, about 3% to 9% have symptoms severe enough to qualify as PMDD. There are several common PMDD symptoms, which include:

If you are in crisis, or know someone who is, call the National Suicide Prevention Lifeline at 800-273-8266 (TALK) or go to SpeakingOfSuicide.com/resources for a list of additional resources.

No one knows exactly what causes either PMS or PMDD. Still, figuring out whether you have PMDD can help ease its effects. Read on to learn more about possible indicators of PMDD.

Your Symptoms Are Primarily Emotional

PMDD can wreak the same emotional havoc as PMS but at a worse level. A person with PMDD may feel many emotions.

"When it crosses over to where the symptoms are mostly emotional and are really interfering with your life, that could be PMDD," Patricia J. Sulak, MD, a professor of obstetrics and gynecology at the Texas A&M Health Science Center College of Medicine, told Health.

If you're a little down the week before your period but feel fine the rest of the month, chances are that's PMS. However, PMDD is likely to blame if your pre-period depressive symptoms interfere with your work and relationships.

"Some women will say they're really, really impossible the week before their period. But when you start probing into their energy, appetite, and sleep conditions, they tell you they never really get back to their old self," Maria Beatriz Currier, MD, the medical director of the Cancer Patient Support Center and chief of psychosocial oncology at the Miami Cancer Institute and Baptist Health South Florida, told Health.

Of note, almost 50% of PMS or PMDD cases come with a diagnosis of depression. Though, a healthcare provider may diagnose PMS or PMDD before depression.

You're Extremely Irritable or Anxious

Even if you don't have depression, you could still have PMDD if you're irritable or anxious.

People dealing with PMDD might experience irritability that lasts. Also, feeling angry is among some of the first symptoms of PMDD that may appear. Those feelings are also some of the most distressing.

Increased anxiety is also a hallmark symptom of PMDD. Research has found that people may be more prone to anxiety due to the hormonal changes that occur with menstrual cycles. People have also reported that anxiety and panic attacks were big parts of their mood-related symptoms regarding PMDD.

You Find Yourself Crying Before Your Period

You may be weepy before your period, but that weepiness may be worse for people with PMDD.

Some evidence suggests that crying uncontrollably or for unexplained reasons is a common report for those with PMDD. In other words, a person with PMDD might cry more than someone experiencing PMS before their period begins.

You Feel Overwhelmed and Out of Control

Feeling uncontrollably overwhelmed can often be a symptom of PMDD.

"My patients tell me they're easily discombobulated when they need to get the kids off to school," said Dr. Currier. "They feel overwhelmed with their typical day-to-day schedule."

Sometimes, symptoms of PMDD can make people feel like their actions are uncontrollable, too.

"I've even had a couple of patients tell me in tears that the week before their period was when they were most apt to scream at—or even think about hurting—their children," said Dr. Sulak. "They get to the point where they feel completely out of control."

You Have Problems Concentrating

PMDD can have a major impact on focus. Decreased academic performance and withdrawal from school are possible with PMDD. Also, research has found that memory problems and inattention are prevalent during premenstrual phases in people with PMDD.

If you experience symptoms of PMDD, there are a few options for treatment.

A diet of whole grains, fruits, and vegetables might help manage PMDD symptoms. Limiting or avoiding alcohol and foods or drinks that contain a lot of salt, sugar, and caffeine can also help.

Seeing a mental health professional may be helpful for mood-related symptoms. Possible treatments might include antidepressants, cognitive-behavioral therapy (CBT), or a combination.

When To Be Concerned About Symptoms of PMDD

Typically, PMS symptoms become a problem the week before your period and abruptly subside on day two, said Dr. Currier. The same is the case with PMDD symptoms.

But if symptoms aren't necessarily in sync with your period, generalized anxiety disorder or depression may be to blame.

"If the bad stuff is going on all month long," said Dr. Sulak, "there's [likely] something other than PMS going on."

You'll also want to reach out to a healthcare provider if your PMDD symptoms don't get better with treatments or if they continue to interfere with your everyday activities.

PMDD is a more severe form of PMS. Symptoms, such as extreme irritability, sadness, or issues with concentration, that interfere with different parts of life can be signs of PMDD.

Some treatments can help reduce PMDD symptoms, like regular exercise, mental health options, or medications. However, consult a healthcare provider if you have any concerns about your menstrual cycle. 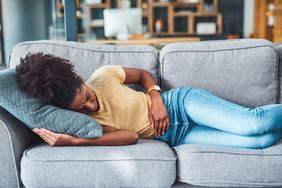 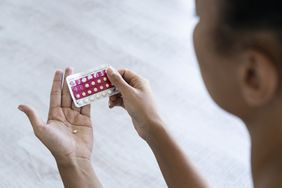 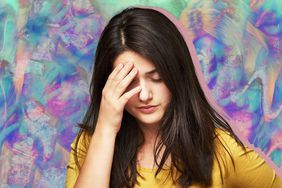 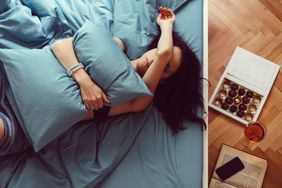 Could Your Terrible PMS Actually Be Premenstrual Dysphoric Disorder (PMDD)? 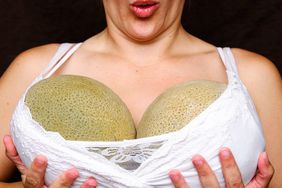 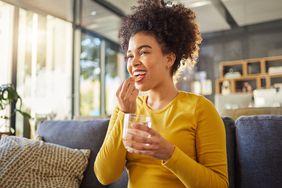