Why Everyone on Facebook Is Taking the #22Pushups Challenge

It's raising awareness for the 22 veterans who die by suicide every day.

On average, 22 veterans die by suicide every day. That shocking statistic is the reason the #22Pushups challenge is currently sweeping across social media.

The basic idea? You film yourself doing 22 push-ups—or however many you can—and post a video to Facebook, Instagram, Twitter, or Youtube with the tags #22Kill (the group that started the challenge) and #22Pushups (or whatever your number was), to help spread awareness about mental health issues, like PTSD, that can lead to suicide.

The nonprofit 22Kill is tracking all the videos, with the goal of recording 22 million push-ups total. The current count: around 6 million, according to program director Jimmy Mac.

Much like the Ice Bucket Challenge of 2014 (which raised $115 million for ALS research at its peak), #22Pushups has exceeded its founders' wildest expectations: It began as a way to "simply humble ourselves with a physical act, and knock out 22 to honor veterans that we came across," Mac explained in an email to Health. "We would post [the videos] to our social media pages and before long, random onlookers would join in." The group started receiving clips from supporters who were moved to drop down and push too. Then one advocate upped the ante, by doing 22 pushups for 22 days, and the challenge took off.

"The more awareness there is through initiatives like these, the more funding organically occurs—which leads to prevention," Mac said. Donations made to 22Kill go toward treatment and empowerment programs for vets, from art therapy to career counseling. (Click here to donate.)

People who complete the #22Pushups challenge have been nominating their friends to take part as well, and everyone from running groups to police cadets to senior citizens have been banging out reps. Below, check out a few of our favorite clips:

A Girls on the Run team

Cadets from a police academy in California

Chad Browning with his kids and fiance 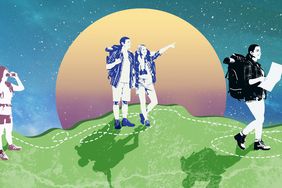 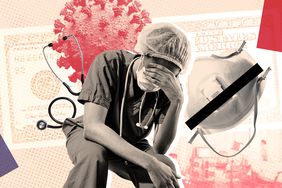 Burned Out by COVID Caregiving, Health Care Workers Say It's Time to Fix the System. Is Anyone Listening? 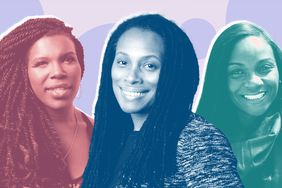 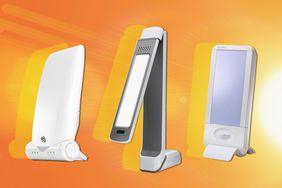 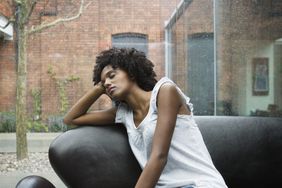