Being famous doesn't mean you're immune to depression, including postpartum depression and bipolar disorder.

Depression is a common but serious mood disorder that affects how you feel, think, and handle daily activities. Beyond feeling blue, depression can feel like an intense sadness or hopelessness that can last for many days to weeks.

Depression does not take one form. The disorder can be mild or severe, and feelings can be short-lived or chronic. Life events, like the birth of a baby, or the changing seasons can trigger depression.

Depression is one of the most common mood disorders in the United States. Over eight percent of all adults had at least one major depressive episode in 2020. Depression can happen to anyone, even people who seem to have it all.

Here are 22 famous people, whether actors, singers, or athletes, who have experienced depression, including postpartum depression and bipolar disorder.

Actor David Arquette and his wife, Courteney Cox, announced they were separating in late 2010. People spotted the actor dancing and behaving erratically at nightclubs. Arquette told Howard Stern during a radio interview that he'd been drinking a lot and acting like a "maniac."

Arquette soon checked into a rehab center to address his alcohol abuse and depression. In April 2011, Arquette acknowledged his strange behavior, saying he had been sober for more than 100 days and was more in touch with his emotions.

Winning the gold medal at the 1996 Summer Olympics forced swimmer Amanda Beard, then only 14, to grow up fast. However, a growth spurt and 25-pound weight gain caused Beard's self-esteem to dive. The self-proclaimed perfectionist turned to bulimia and self-harm as an outlet for her pain and depression.

Beard began taking antidepressants in 2005, which helped improve her mental health. Since then, Beard has been off medication and has a son, born in 2009, but admitted that life isn't perfect.

"I know how important good mental health care can be because I personally benefited from it," wrote former U.S. second lady Tipper Gore in a 1999 USA Today opinion piece.

In the article, Gore, the estranged wife of former U.S. vice president Al Gore, revealed that she had sought depression treatment after her son had a near-fatal accident. Gore took medication for some time.

When "Mad Men" actor Jon Hamm was just 20, he experienced chronic depression following his father's death. The structured work and school environment (Hamm was a college student then) helped him recover. Still, Hamm also relied on therapy and antidepressants to pull him out of a downward spiral.

"If you can change your brain chemistry enough to think: 'I want to get up in the morning; I don't want to sleep until four in the afternoon'," Hamm told The Guardian in September 2010.

As host of ABC's "Extreme Makeover: Home Edition" from 2004 to 2009, Paige Hemmis was bubbly, compassionate, and always smiling for the camera. But in September 2009, the carpenter and entrepreneur opened up to People about her depression. Hemmis shared that her depression caused crying fits, eating binges, and insomnia early on in the show's run.

Working on a show like "Extreme Makeover," which restores and refurbishes damaged or destroyed homes for families in need, is rewarding and fulfilling, said Hemmis. However, the show was also emotionally draining at times.

In her 2011 memoir, All That Is Bitter & Sweet, actor Ashley Judd revealed that she considered suicide as a sixth-grader. In 2006, Judd underwent 42 days in a rehab clinic for depression.

"I would have died without it," Judd told Marie Claire in April 2011. Reconciling with estranged family members and helping those less fortunate through charity work helped Judd regain perspective and make peace with her past.

Judd's mother, country music singer Naomi Judd, died by suicide in 2022 after having depression for many years, reported People.

Late actor Andrew Koenig, best known for his role as "Boner" on the 1990s sitcom "Growing Pains," had depression for most of his life. That's what Koenig's father told reporters in February 2010, shortly after Koenig died by suicide.

According to the actor's sister, Koenig had stopped taking his medication. Koenig's parents have been outspoken about their son's depression, hoping their message may reach others who are also considering suicide.

The truth behind late actor Heath Ledger's tragic death in January 2008 will likely never be known. The troubled actor accidentally overdosed on sleeping pills, painkillers, and anxiety drugs when he was 28. Ledger's death came not long after revealing to The New York Times that he had insomnia.

After Ledger's death, People reported that sources spoke of his depression and reckless behavior after his breakup with actress Michelle Williams, the mother of his then 2-year-old daughter.

Former Disney actor and singer Demi Lovato made headlines in 2010 after checking into a treatment facility for "emotional and physical issues." Then, Lovato was involved in an altercation with a dancer while touring with the Jonas Brothers.

After leaving the treatment facility and getting her life under control, Lovato revealed that she had anorexia nervosa, bulimia, and bipolar disorder.

"Looking back, it makes sense. There were times when I was so manic, I was writing seven songs in one night, and I'd be up until 5:30 in the morning," Lovato told People.

Former U.S. first lady Michelle Obama has discussed having "low-grade depression" during the COVID-19 pandemic and the resurgence of the fight for racial justice.

"I'm waking up in the middle of the night because I'm worrying about something or there's a heaviness," Obama said in her podcast "The Michelle Obama Podcast."

Obama noted that spending time off of social media and with her family has helped her.

"You kinda have to sit in it for a minute to know, 'Oh oh, I'm feeling off,'" added Obama. "I gotta feed myself with something better. And sometimes, for me, that means turning it off. It means turning off the phone, not taking in the news, because it is negative energy. I learned that in the days of the White House."

Tennis player Naomi Osaka withdrew from the 2021 French Open due to anxiety about doing press after the event. In a statement on Twitter, Osaka wrote that she has "suffered long bouts of depression" since the 2018 U.S. Open. Osaka added that she had "a really hard time coping with that."

"I am not a natural public speaker and get huge waves of anxiety before I speak to the world's media," wrote Osaka. "I get really nervous and find it stressful to always engage and give you the best answers I can."

Actor Gwyneth Paltrow reported loving being a new mother to daughter Apple, born in 2004. However, something was different when her son Moses was born two years later.

Still, Paltrow didn't suspect postpartum depression until her husband brought up the idea.

"I thought postpartum depression meant you were sobbing every single day and incapable of looking after a child," said Paltrow. "But there are different shades and depths of it."

In 2011, freestyle skier Jeret "Speedy" Peterson died by suicide at 29 after having depression for a long period.

Peterson won a silver medal at the 2010 Winter Olympics but had fought depression and gambling. Peterson had a difficult time staying sober for years, reported People.

During his troubled childhood, Peterson discovered skiing and used it to burn off energy otherwise spent causing trouble.

When model and actor Paulina Porizkova left ABC's "Dancing with the Stars" in 2007, her feelings of rejection led to anxiety attacks. An antidepressant helped dull her anxiety, Porizkova wrote in a 2011 HuffPost editorial. However, the medication also affected her personality.

Porizkova eventually stopped the medication, fighting withdrawal symptoms with exercise and willpower. While she's not an "anti-medicine crusader," she wrote that she is "starting to wonder whether antidepressants can often be the emotional equivalent of plastic surgery."

Before Kate Middleton married Prince William in 2011, she received counseling to prepare herself for life with the royal family, according to the Daily Mail.

The counseling was likely to be preventive: William's mother, Diana, after all, had experienced loneliness and depression in her role as a prince's wife.

"There was a point where I couldn't [...] push through every single time anymore. And I'm one of those human beings [...] where I'm like, I'll handle it later. I'll deal with it later," said Rodriguez during the forum. "I'll figure it out later. I just have to do this now. All the while, you're dealing with your silent little dragon in your head."

Starring in and executive-producing the 1999 film "Girl, Interrupted" for actor Winona Ryder. The film is about a young woman's two-week experience in a psychiatric ward.

After her high-profile relationship with actor Johnny Depp ended, Ryder, then 19, began abusing alcohol, experiencing anxiety attacks, and spiraling into depression, she told the San Francisco Chronicle in January 2000.

After falling asleep with a lit cigarette and setting herself on fire, Ryder sought treatment, briefly, in a mental institution and with a private therapist.

Shields published an opinion piece in The New York Times, defending her decision to take medication and describing the outpouring of support she'd received from other mothers in the same position.

Since then, more than a dozen deaths among football players have been linked to that condition, known as chronic traumatic encephalopathy (CTE).

Playboy Playmate and reality television star Kendra Wilkinson's life changed dramatically after she had a baby at 24.

"I felt like I had to be a different person," Wilkinson told People. "I was doing whatever I could for the baby, but I lost myself, and it was really frustrating."

Pressure to regain her famous figure didn't help, and Wilkinson was depressed for some time. Two years later, Wilkinson spoke openly about her postpartum depression, saying it affects many people and "needs to be talked about."

Actor Owen Wilson's public persona is that of a laid-back, fun-loving dude. Still, the world saw a darker side of the actor in 2007 when reports surfaced that he had attempted suicide at his California home.

Some friends were shocked, but others said that Wilson, who was 38 then, had "battled his share of demons, which have included drug addiction," reported People.

Wilson "bounced back" from his suicide attempt, reported People.

"In sharing her experience, the actress put a very public face on a mental illness experienced by millions," People wrote of Zeta-Jones's revelation. "The key indicator of bipolar II, experts say, is a cycle of high and low moods, often with episodes of depression."

Depression is a widespread mood disorder that causes feelings of sadness, anxiety, hopelessness, and guilt, among others. People with depression often lose interest in activities that they once enjoyed, have sleep disturbances, or have thoughts of self-harm or suicide.

If you are in crisis, or know someone who is, call the National Suicide Prevention Lifeline at 800-273-8255 (TALK) or go to SpeakingOfSuicide.com/resources for a list of additional resources. 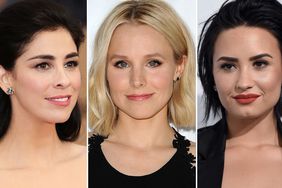 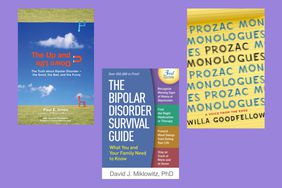