Chronic obstructive pulmonary disease (COPD) includes two lung conditions—chronic bronchitis and emphysema. More than 12 million people in the United States have COPD, but millions more have COPD without knowing it.

Chronic obstructive pulmonary disease (COPD) includes two lung conditions—chronic bronchitis and emphysema. More than 16 million people in the United States (about 6% of the population) have COPD, but millions more have COPD without knowing it.

COPD stands for chronic obstructive pulmonary disease. It's not just one disease, but a group of diseases in which airways and lung structures are damaged, making it difficult to breathe. Two conditions account for COPD: emphysema and chronic bronchitis.

More likely to be diagnosed in adults over age 65, COPD is a progressive disease that worsens over time. Women are more likely to have COPD and they're more likely to die from the disease, possibly because sources of airway damage, such as smoking and pollution, cause more damage to their lungs.

COPD is the fourth leading cause of death in the United States and is a major cause of disability, since it can make it difficult to walk, work, and engage in everyday social activities. People with severe COPD may require supplemental oxygen from a portable oxygen tank and are also more likely to suffer from other diseases, such as heart disease, depression, asthma, and diabetes.

There are two main conditions that make up COPD. It's possible to have one or both at the same time. That said, many people have symptoms of both emphysema and chronic bronchitis, which is why doctors are comfortable using the umbrella term COPD to describe the disease.

With this lung condition, the walls between the air sacs in your lungs are damaged, making it more difficult to take in oxygen and get rid of carbon dioxide. Smoking, lung irritants (such as pollution or fumes) are the most common causes of emphysema. Frequent coughing and wheezing, mucus, chest tightness, and whistling sounds when you breathe are all signs and symptoms.

Inflammation of airways in the lungs causes irritation that triggers coughing. Overtime, mucus builds up in the airways, and breathing becomes a struggle. (Some experts no longer use the term chronic bronchitis, and instead refer to this condition as obstructive bronchitis, as it is chronic inflammation that triggers the swelling that narrows airways.) Like emphysema, smoking is a major cause of chronic bronchitis.

COPD develops slowly. As such, up to half of people who have impaired lung function actually don't know there's a problem. What's more, it may be tempting to brush off symptoms—like shortness of breath—out of a belief that it's just a natural part of getting older. But aging doesn't mean being out of breath when you walk up a flight of stairs or head into the kitchen for a snack.

While symptoms may be mild at first, they can progress and become severe. Eventually, symptoms will be significant enough to impact your ability to do everyday activities. You may experience: 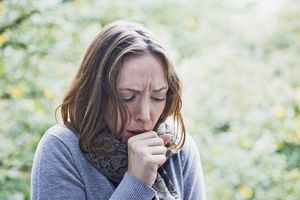 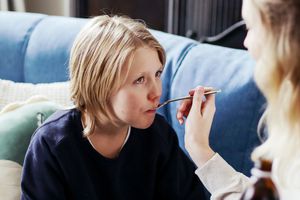 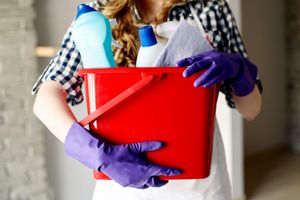 13 Worst Jobs for Your Lungs

Factors that cause the lung damage associated with COPD include:

By far the most common cause of COPD, accounting for up to 90% of cases, cigarette, pipe, or cigar smoking damages lung structures and increases inflammation. Even if you're not a smoker, being around secondhand smoke (if you live with someone who smokes, for example), can also lead to COPD.

Other airway irritants, like pollution, dust, and chemical fumes can contribute. People who are exposed to these pollutants on the job are more at risk for COPD. Exposure to these irritants cause damage by making air sacs in the lungs less elastic, destroying walls between the air sacs, or triggering inflammation or mucous in airways that makes breathing difficult.

There is a genetic condition called alpha-1 antitrypsin deficiency, which means you have low blood levels of this protein. In combination with environmental irritants, having this deficiency can speed up the development of lung damage.

People who have asthma are more at risk for developing COPD. It is also possible to have Asthma-COPD Overlap Syndrome (ACOS) where you have both diseases.

One of the most important parts of a visit to your healthcare professional is the talk you have with them where you describe your symptoms, what triggers them, when they occur, and for how long they've occurred. Your doctor will also ask about smoking, workplace exposures, and family history and conduct a physical exam.

During this test, you will blow into a mouthpiece connected to a tube on a machine called a spirometer. This test is the gold-standard test, as it can detect COPD in very early stages (before you have symptoms) and give doctors an idea about how advanced the disease is.

A chest X-ray or CT (computed tomography) scan can provide a picture of your lung structures to look for damage.

This blood test measures the oxygen level in your blood.

It can be difficult for a patient to learn that COPD cannot be cured. Because it is a progressive disease, it is extremely important to seek treatment to prevent breathing problems from getting worse. Your goal? To preserve the lung function you have now and manage symptoms to live a full life. Ask your doctor for a referral to a pulmonologist.

Depending on the cause of your COPD, your doctor may recommend:

This is by far the most impactful thing you can do if you have COPD and are a smoker. Quitting smoking is tough—and about 40% of people with COPD do not quit—so ask your doctor about programs they recommend. A good first call is 1-800-QUIT-NOW, a resource from the CDC that offers free coaching, quit plans, and education materials. If you are regularly exposed to secondhand smoke, talk to your doctor about what you can do to decrease your exposure at home or work.

Certain medications can help control flare-ups. These include:

Staying up to date with the flu and pneumococcal vaccines can help prevent lung infections that are especially dangerous for people with COPD.

Educational treatment programs that work with you to develop lifestyle habits that help you breathe better during daily activities, including medication and stress management. This program also help you determine a plan for nutrition and physical activity.

For people with severe COPD, a portable supplemental oxygen tank may be needed.

In certain severe cases, surgical procedures, including lung transplant, may be recommended.

Some people who develop COPD do not have exposures to airway irritants like smoke or fumes, and it's not fully understood what may have happened to cause COPD in nonsmokers.

However, COPD is largely preventable. By far, the best way to prevent COPD is to not smoke or to quit if you are a smoker. If you're exposed to secondhand smoke through loved ones, encourage them to quit and help them get the assistance they need to make it happen. 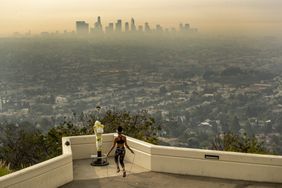 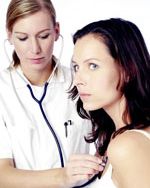