What Is a Chest Cold? Here's How Doctors Explain It

There's no treatment, but you can implement many prevention measures into your routine.

Right now, it seems like a cough is one of the scariest things a person can have (or hear). While it's true that a nagging cough could be one sign of a more severe illness—like COVID-19 or the seasonal flu—it's also true that coughs can happen for a wide range of other issues that aren't quite so unnerving.

A run-of-the-mill chest cold is one of those things. Technically known as acute bronchitis, according to the Centers for Disease Control and Prevention (CDC), a chest cold happens when your lungs swell and produce mucus—that's what gives you a cough.

Chest colds are actually the most common type of bronchitis, and typically last less than three weeks. They're either caused by a virus (usually occurring after an upper respiratory infection) or bacteria, though viruses are usually the culprit.

What are the symptoms of a chest cold?

Fair warning: You're going to feel pretty bad with a chest cold—but probably not quite as bad as you would with a more severe illness like the flu. The most common symptoms of acute bronchitis, per the CDC, include:

That said, the CDC also says to be on the lookout for symptoms that could indicate more severe disease, since chest cold and influenza or COVID-19 can look similar. “A cold tends to be more mild than the flu and a fever either doesn’t occur or it is very mind,” Tania Elliott, MD, an infectious disease specialist at NYU Langone, tells Health. “The flu is more severe. The definitive way to tell the difference is a rapid flu test.” If you experience any of the following with what you assume to be a chest cold, it's time to see a doctor:

How are chest colds prevented and treated?

Unfortunately, there’s no “cure” for acute bronchitis, Cory Fisher, DO, a family medicine specialist at Cleveland Clinic, tells Health. “There’s no real direct way to get rid of it. A chest cold has to run its course” Dr. Fisher says. “The cold—whether it’s in [the] nose, throat, or chest—is not going to respond to antibiotics.” According to the CDC, antibiotics won’t work to treat a chest cold even if the acute bronchitis was caused by bacteria.

But while there’s no known treatment for acute bronchitis, the instructions for relieving symptoms are pretty straightforward: “Fluid, rest, and time,” Dr. Fisher says. Drinking plenty of water and taking it easy until the acute bronchitis runs its course is pretty much your only option here. The CDC also recommends using a clean humidifier or cool mist vaporizer, breathing in steam from the shower, and sucking on lozenges (for those over 4 years old) to help relieve symptoms.

Dr. Fisher also tells patients with acute bronchitis to listen to their bodies. If you have a chest cold, take a pause before going for your morning run and consider getting some more rest instead—or at least lowering the intensity of your workout, if you're feeling up to it. The same is true of going into the office, since you don't want to pass your illness to your coworkers.

You can do plenty of things to prevent acute bronchitis as we head into cold and flu season, Dr. Elliott says. Wash your hands frequently, get enough sleep (remember: being well-rested helps your immune system stay in tip-top shape), and keep your distance from sick people at work, in the grocery store, or anywhere else you might come into contact with them. Also: Keep wearing masks—while they're mainly to prevent COVID-19 right now, they will help with other respiratory illnesses too.

How To Relieve Chest Congestion
Was this page helpful? 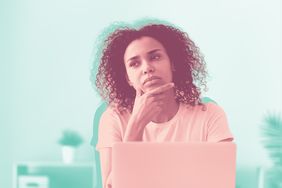 Did You Already Have Coronavirus Without Knowing It? Experts Explain Why That's Possible 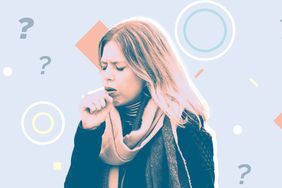