Can I Catch the Same Cold Twice?

Here's why it's not likely.

Living with someone or being in close proximity with coworkers during cold and flu season can feel like a ticking time bomb wondering who is going to get sick next. Just as you’re recovering from a case of the sniffles, your coworker starts sneezing or your partner gets a sore throat, and suddenly you’re on the lookout for inklings of new symptoms you might have. You wonder if the only way to avoid getting sick again is to be quarantined until spring.

But there’s good news: It’s actually highly unlikely to catch the same cold twice. Colds are caused by viruses, and when your immune system fights one off, it builds up antibodies to it. Even if you encounter lingering viral particles from the same cold strain you battled before—on your coffee mug, your toothbrush, or via a cough or a sneeze from someone nearby—you’re probably not going to be infected again.

While you’re immune to that particular cold virus, you’re not protected from the more than 200 other viruses that can cause the sniffles. And if your partner or coworker has one of those strains, you could still get sick—even if you just recovered yourself. (Talk about bad luck.)

While you don’t have to replace your toothbrush every time you come down with a cold (since you can’t reinfect yourself with cold germs lingering on your brush), you’re not off the hook entirely for toothbrush hygiene. You can get sick from someone else’s toothbrush, whether you’re sharing (ew) or the bristles happen to touch the other person’s brush in your toothbrush holder.

With this in mind, it can’t hurt to replace your brush or at least sanitize it in boiling water to protect your partner from infection when you’ve been sick. And whether you’re sick or not, replace your toothbrush every three to four months—or sooner if the bristles start to fray. 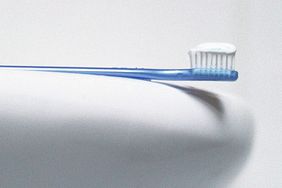 Do You Really Need to Replace Your Toothbrush After You've Been Sick? 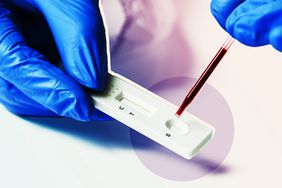 Who Should Get an Antibody Test for COVID-19? Here's What Doctors Advise 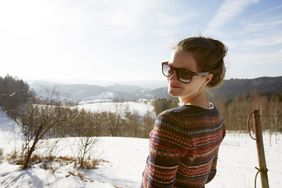