Women feel pain more intensely—and in higher numbers—than men, but it's not exactly clear why

The female body and mind appear to process pain differently than a man's.Getty ImagesWomen have been saying for years that if men were responsible for giving birth, the human race would have died out long ago because guys couldn't take the pain.

It's a clever dig—because, well, it's impossible to prove. But in fact, lab experiments suggest that women are more—not less—sensitive to pain than men.

"Contrary to popular opinion, it is very clear that women have a lower pain threshold and tolerance than men," says Roger Fillingim, PhD, a pain expert and professor of community dentistry and behavioral science at the University of Florida, in Gainesville. When study volunteers are exposed to an increasingly painful stimulus (such as a heat source) in experiments, Fillingim says, "women say 'stop' sooner."

This may explain in part why chronic pain conditions such as arthritis and migraine are more common among women, in some cases dramatically so. Fibromyalgia—a chronic condition marked by widespread pain, as well as fatigue and other symptoms—affects seven times as many women as men, for instance.

Exactly why women feel pain more intensely—and in higher numbers—than men remains a mystery. It's not simply that women aren't as "tough." Pain is a complex phenomenon, and how a person responds to it involves physical, psychological, and even cultural factors.

"Women experience more pain then men," Fillingim says. "We know a lot of different whys, but we don't have a single answer."

Questions remain, but the female body and mind do appear to process pain differently than a man's. And these differences can affect every aspect of pain, from the physical sensation itself to how women cope with chronic pain and what treatments are likely to be most effective for them.

Sex hormones may be responsible for much of the difference in how women and men experience pain, experts say.

Estrogen levels, which fluctuate according to the menstrual cycle and also dwindle as a woman enters menopause, have been linked to changes in how a woman feels pain, says Jennifer F. Kelly, PhD, a clinical psychologist at the Atlanta Center for Behavioral Medicine.

The relationship appears to be complicated, however. Some studies have shown that women are more sensitive to pain when their estrogen levels are low (during menstruation, for instance), while others have shown the exact opposite. It's still unclear whether estrogen makes pain better or worse, Fillingim says.

Psychological factors also likely play a role in gender-based pain differences. More so than men, who are apt to focus on the immediate physical sensation of pain, women tend to think about the consequences pain will have on their lives, Kelly says.

"If a man hits his hand, his hand hurts," Kelly says. "But if a woman hits her hand, she focuses on the emotional aspects...and how it is going to impact day-to-day functions. Women tend to experience more pain as a result, possibly because the emotions associated with pain are usually negative."

While this may sound like a cliche straight out of Men Are from Mars, Women Are from Venus, it's backed up by studies that have used brain scans to identify the regions of the brain that respond to pain. When women and men receive the same pain stimulus, women show more activity in the emotional centers of their brains, while in men the cognitive and analytical areas of the brain tend `to light up.

Other health conditions—most notably depression—may magnify the emotional response to pain. Women are more likely to be diagnosed with depression, which is a risk factor for chronic pain conditions, says Kelly, who gave a presentation on gender and pain at a recent meeting of the American Psychological Association in San Diego.

Strategies for coping with chronic pain also differ between the sexes. These differences are potentially important, since how a person copes with pain can actually influence how much pain they feel.

For instance, women are more likely than men to turn to friends, family, and other sources of social support to talk through how their pain is affecting them, Fillingim says. That's generally a good thing, but some studies suggest that women are also more likely to exaggerate their chronic pain and the negative consequences it has on their lives.

This excessively pessimistic or melodramatic thinking—"catastrophizing," some pain experts call it—can backfire and make pain worse. It tends to elicit hostility from spouses, family, and friends (rather than support), and it's linked to higher levels of pain and depression.

The roles that women play in their families—as well as in society more broadly—can also shape how they cope with chronic pain, says Carmen R. Green, MD, a professor of anesthesiology and ob-gyn at the University of Michigan, in Ann Arbor. In some cases, expectations for women's behavior and their responsibilities can actually lead them to downplay their pain and try to fight through it—the opposite of catastrophizing. "Women will always take care of their kids, so it appears that they are functioning better because they have no choice," Dr. Green says.

In some ways, women cope with pain more constructively than men do, Dr. Green says. "Women enter the health care arena sooner than men, which may be a positive coping step, and they tend to have a more varied and larger social networks," she says. The latter means they may have more shoulders to lean on when their pain is acting up.

Despite the many differences in pain between genders, treatments aren't always tailored to women and men. And women in particular are at risk for having their pain poorly assessed and undertreated, Kelly says. (It probably doesn't help that the majority of pain physicians are men.)Pain medications often have disparate effects—and side effects—in women and men, according to Kelly. "Physicians working with females have to be aware that women have more side effects from medications, and have to work with them differently and find something that can be a benefit with the least amount of side effects across the board," she says.

Doctors prescribe pain medicine based on how the drugs are metabolized by a 150-pound man, Dr. Green adds. "We have to do more clinical trials on women to see if age—and whether they are pre, peri-, or post-menopausal—affects how they respond to medications to treat their pain," she says.

In many cases, non-medical treatments such as cognitive behavior therapy may be especially beneficial for women, Kelly says. This brief, focused therapy addresses coping skills and seeks to change the thought patterns associated with pain (such as catastrophizing) and the impact they have on a person's quality of life. 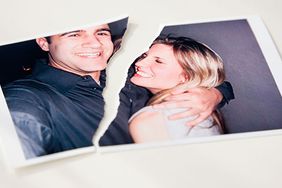 Why Your Ex-Boyfriend Is Probably Still Sad About Your Breakup

12 Signs of Sleep Deprivation You Need to Know
Work Burnout: What It Is and How to Deal With It