Ease your aches and discomfort by trying these simple, expert-backed tactics—unlike drugs, they have no worrisome side effects.

Finding relief from chronic pain doesn't always mean relying only on opioid prescriptions or over-the-counter meds. Dealing with pain is never easy. But when the pain comes from a condition that's temporary—the after-effects of surgery, for example, or a minor bump on the head—at least you know the pain will go away in a short period of time.

Not so with chronic pain. Whether it's a low-level discomfort or agonizing pain that comes and goes but always returns, chronic pain can make navigating normal day-to-day activities exceedingly difficult. Finding a remedy that can ease it and restore your quality of life is crucial. But with concerns about the potential side effects of over the counter painkillers—not to mention a national epidemic of opioid addiction and abuse—more people are looking to drug-free options whenever possible.

"There's been a lot of recent integration in the world of pain medicine," says David Craig, pharmacist lead for supportive care medicine and acute pain at the Moffitt Cancer Center in Tampa. "People want safer and longer-lasting treatments to diminish pain, and they're interested in things that either take the place of medications or help them take less."

Good thing that there's plenty of solid research on safe, long-lasting pain management options—remedies that work yet have no serious side effects. These 14 science-back strategies have helped people in pain find relief after a bad injury, during a long-term illness, or for stubborn aches and pains OTC pain meds just can't conquer.

Touch bonds us to the people we love, and it also eases pain. Here's proof: When women in pain held the hand of their husband or boyfriend, their heart and respiratory rates synced with the heartbeat and breathing rhythms of their partner—and their discomfort dissipated, according to a recent study published in Scientific Reports.

This pain-easing phenomenon is known as interpersonal synchronization, and it may be especially helpful for moms-to-be in the delivery room when it comes to handling contractions, say the study authors.

Spicing up Food With Turmeric

This bright yellow spice "may act as an anti-inflammatory for managing pain," says Craig. But he cautions against consuming turmeric in capsule or extract form, since nutritional supplements are not tightly regulated and "you can never really be sure what you're getting," he adds. Plus,the evidence for taking turmeric (or its active ingredient, curcumin) as a stand-alone supplement is weak at best.

RELATED: You Should Probably Be Eating More Turmeric. Here's How

Instead, Craig and other experts recommend incorporating the spice into foods, where it may interact with other nutrients for added pain-relieving benefits. Add this ginger-like spice to soups, smoothies, even plain yogurt for a healthy, pain-relieving kick.

Women often worry that breastfeeding will be painful—and to be fair, it can involve tender nipples, the occasional biting incident, and also an ouch-inducing condition called mastitis. Yet according to research presented at this year's Euroanaesthesia Congress in Geneva, nursing can actually decrease pain related to a caesarean delivery.

Moms who breastfed their babies for at least two months after a C-section were three times less likely to experience persistent pain compared to those who breastfed less, the study found.

Getting a Good Night's Sleep

Animal research has shown that chronic sleep deprivation can make pain feel even worse, and studies in humans have also shown that going without sleep can lower your threshold for pain. "How you sleep can determine how you perceive and interpret pain," says Craig. "It's all intertwined, which makes it a complicated issue to treat."

Getting at least seven hours of shuteye a night is probably your best bet when you're dealing with constant aches and pains. When that's not possible, a cup of coffee may help you feel better . . . at least for a short time. That same research on sleep-deprived mice found that a dose of caffeine temporarily brought elevated pain levels back down to normal—and it may have similar effects for humans, as well.

Virtual reality may be helpful at the dentist, as well. In a recent Environment and Behavior study, people who had cavities filled while they watched VR videos that simulating a walk on the beach reported less pain and anxiety—both immediately after their appointments and a week later—than those who had no video distraction.

"Tuning Into" Your Pain

A growing body of research suggests that mindfulness meditation—which involves paying attention to what you're feeling in the present moment—can help relieve pain, whether it's acute (like a kitchen burn or a stubbed toe) or chronic (think long-lasting back pain.)

One way to practice mindfulness is to actually focus in on the different sensations of pain, without reacting to it as something awful and anguishing, says Eric Garland, PhD, director of the Center on Mindfulness and Integrative Health Intervention Development at the University of Utah.

"We know from neuroscience that parts of the brain involved with emotional pain and negative emotions overlap with brain regions that process physical pain," says Garland. "But by paying attention to the pure sensory aspects of your pain—like sensations of heat, tightness, or tingling—it may remove that emotional overlay and make it easier to cope with those feelings you're experiencing."

It may seem counterintuitive, Garland adds, but it's worked in several clinical trials. "The more patients learn to focus on their pain sensations, the greater pain relief they achieve," he says. "Mindfulness is helping people sense their bodies more accurately and be more in touch with what's going on, without those negative emotions."

Focusing On Your Breath

As part of his mindfulness training for chronic-pain patients, Garland also teaches people to focus their attention mindfully on their breathing. "This technique can be really useful when people find their mind is becoming fixated on pain and it's becoming overwhelming," he says.

"Returning focus back to the breath can be calming, can help center the individual, and can help engage their parasympathetic nervous system's relaxation response," says Garland. Slow, deep breathing was also associated with a higher pain threshold in a 2012 study in Pain Medicine.

Infants seem to get relief simply from being held against an adult's skin, according to a 2017 Cochrane Review on skin-to-skin contact, sometimes called kangaroo care (because the baby is held upright against a parent's bare chest, like a kangaroo in a pouch). The review looked at 28 studies on pain response in babies during and after common medical procedures such as injections and blood draws.

But babies may not be the only ones who benefit from close cuddles, either. Interacting with little ones—playing with, looking at, or carrying them, for example—has been linked to parents' feelings of euphoria, as well.

Ever heard of a practice called zooming out? Garland says that just like focusing in, it too can relieve chronic pain. "We teach the person to extend the scope of their attention beyond the painful part of their body, to begin to notice other parts of their body that don't hurt," he says. "Then they expand their attention beyond that, to become aware of the beautiful and life-affirming parts of the world around them" and their awareness of pain begins to diminish.

Some patients will benefit from zooming in and focusing on their pain sensations, Garland says, while others will feel better by zooming out—and many people can find different strategies useful at different times.

"Zooming out can help people step back and disengage from feeling stuck or trapped by their pain, and it helps them get a greater sense of enjoyment in life, in spite of their pain," he says. This strategy also involves something Garland calls mindful savoring: "In the same way you savor a delicious meal, you can also be savoring all of the beautiful colors and textures and smells all around you."

Add pain relief to all the other things moving your body can do for you. Yoga may help relieve chronic back pain, according to research in the 2017 Cochrane Review, although the authors noted that other types of exercise might work just as well. In addition, a 12-week yoga program soothed back pain just as much as physical therapy in a recent Annals of Internal Medicine study.

Try it with caution, though: The Cochrane Review also mentioned that a small percentage of people report more pain after trying yoga. Tell your instructor that you're new, ask for modifications if needed, and don't push yourself too hard.

The power of hypnosis can sometimes replace painful sensations of pain in the brain with more pleasant sensations—like warmth or coolness, says Garland. "Those new sensations take up some of the bandwidth so that fewer pain signals can pass from the body into the brain," he explains.

There are plenty of self-hypnosis books and tutorials available on the Internet. But for best results, Garland recommends finding a licensed clinical hypnotherapist to treat any emotional or physical health issues, including chronic pain.

RELATED: Chronic Pain Is a Disease That Needs Special Treatment

Going for a Massage

Anyone who's ever had a stiff neck or sore muscles knows that massage can help relieve temporary aches. But research suggests it may also relieve chronic inflammation in muscles and be beneficial for long-term aches and pain like lower back pain.

"There's some evidence that massage helps to release endorphins, which are natural analgesics," says Craig. Acupuncture and acupressure may work in similar ways, he adds. Ask you partner to rub you down on the regular, or consider treating yourself to regular massages at a local spa or your gym.

"Think about how you feel when your favorite song comes on," says Craig. "You have that surge of endorphins, it helps you feel better and soothe anxiety, and that's why we can use music to help with pain."

Most of us know this intuitively, even though we don't think to grab our earbuds when recurrent pain strikes again. Research also backs it up: A recent study in the American Journal of Orthopedics found that patients recovering from back surgery reported a decline in pain after receiving music therapy—which involved singing, rhythmic drumming, and live music—while those without reported an increase in pain. A 2011 Cochrane Review also found that music therapy can help relieve pain in cancer patients.

RELATED: 4 Surprising Cures for Back Pain

Making sure you're getting enough vitamin D—either from food, supplements, the sun, or a combination of all three—may help you manage chronic pain. Low levels of this crucial vitamin have been linked to chronic headaches and to psoriatic arthritis, and supplementation has been shown to improve chronic pain-related conditions like fibromyalgia.

"Not only may Vitamin D help with pain itself," says Craig, "but it's also been held up as an alternative treatment for mood disorders or depression—which can also make pain worse for a lot of people." Most people get enough vitamin D, experts say, but it's smart to find out what the recommended daily amount is for you and ensure that you're meeting it. As with any supplement, however, check with your doctor first to make sure there's no reason you shouldn't dose up on D. 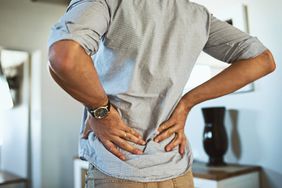 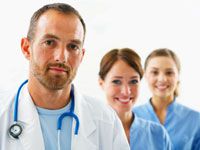 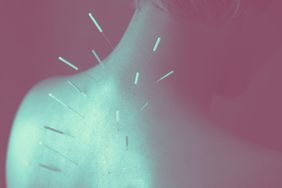 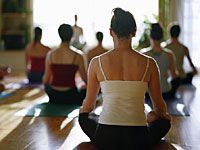 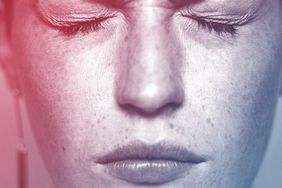 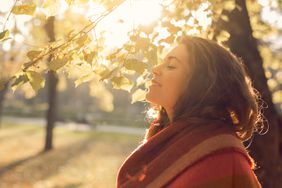