This compound derived from marijuana won't get you high, and it may have real health benefits, too.

Everywhere you click these days, it seems like someone on the internet is talking about cannabidiol—also known as CBD, a chemical compound derived from the cannabis plant. Online retailers market the extract (also known as hemp oil) as a remedy for a variety of ailments, celebrities swear by its healing powers, and the ingredient is popping up in nutritional supplements and beauty products, as well. There’s even a new FDA-approved drug derived from CBD.

Although cannabis can be used to make marijuana, CBD itself is non-psychoactive—meaning that it doesn’t get you high the way smoking or eating cannabis-related products containing THC (the plant's psychoactive compound) can. Still, there’s a lot doctors don’t know about CBD and its effects on the body, and a lot consumers should understand before trying it.

To get a better idea, Health looked at the latest science and ran some of the most common CBD-related health and wellness claims by experts in the field. Here’s what researchers think about the way these products are being marketed, and what potential users should keep in mind.

10 Things to Know About Marijuana and Your Health

There’s been some buzz about CBD oil being helpful to people trying to quit cigarettes, and one small, short-term study published in 2013 in the journal Addictive Behaviors supports this idea.

A group of 24 smokers received inhalers with either CBD or a placebo substance and were encouraged to use those inhalers for a week whenever they felt the urge to smoke. Those with the placebo inhaler did not reduce their cigarette consumption at all during that week, but those with the CBD inhaler reduced theirs by about 40%.

The results “suggest CBD to be a potential treatment for nicotine addiction,” the study authors wrote—but they also admit that their findings are preliminary. Ryan Vandrey, PhD, a cannabis researcher and associate professor of psychiatry at Johns Hopkins University (who was not involved in the 2013 study), agrees that larger, longer-term studies are needed to know if CBD might be helpful for smokers looking to kick the habit.

Daniel Clauw, MD, professor of anesthesiology at the University of Michigan, believes that CBD may have real benefits for people living with chronic pain. He cites a recent clinical trial from pharmaceutical company Zynerba (for which Dr. Clauw has consulted) that found that a CBD-derived topical drug provided pain relief to patients suffering from knee osteoarthritis.

Zynerba is no longer pursuing a version of that drug for osteoarthritis, says Dr. Clauw, and there are currently no standard recommendations for what dosage or formulation of CBD (in either oral or topical form) might work best for pain relief. But he does want pain patients to know that CBD products may be worth a try—and that they may provide relief, even without the high that products with THC produce.

“I don’t think we have that many good drugs for pain, and we know that CBD has fewer side effects than opioids or even nonsteroidal anti-inflammatory drugs, which can cause bleeding and cardiovascular problems,” he says. “If I have an elderly patient with arthritis and a little bit of CBD can make their knees feel better, I’d prefer they take that than some other drugs.”

CBD appears to have anti-inflammatory properties, says Dr. Clauw, which is one reason the beauty industry has championed it as a new anti-aging ingredient in many skincare products and spa treatments.

Francesca Fusco, MD, a dermatologist based in New York City, recently told Health that CBD oil is a rich source of fatty acids and other skin-healthy nutrients, and that it may improve hydration and minimize moisture loss. A few studies have also suggested that CBD oil may inhibit the growth of acne, although this hypothesis has only been tested in laboratory cell cultures—not in actual humans.

As a treatment for autism

Parents of autistic children may look to CBD as a potential treatment, but they should know that research in this area is really just beginning, says Vandrey.

CBD has been shown to interact with the body’s endocannabinoid system, a network in the brain that seems to play a role in social behavior, circadian rhythm, and reward processing—all of which can be atypical in people with autism. For that reason, researchers are excited about a study that’s currently underway at the University of California San Diego about CBD’s potential as an autism therapy.

But besides the fact that no human trials have been conducted on CBD for autism, there’s another reason for potential patients (and parents) to weigh their options carefully. The industry is still unregulated—meaning that, in many states, there are no laws or inspections to ensure that a product’s ingredients match what’s listed on the label.

Research conducted by Vandrey and his colleagues has even shown that some CBD products contain significant levels of THC—which could get a child high and cause other unpleasant side effects. “This is an area that exists in a grey area of legality,” Vandrey says. “And because of that, anyone thinking about using cannabidiol, of any type, should proceed with caution.”

“In terms of solid evidence, the one thing we really know about CBD is that it can be helpful for rare childhood seizure disorders,” says Vandrey. (Beyond that, he adds, “there’s not yet sufficient evidence to support its use for any other reason.”)

Clinical trials have shown that the drug Epidiolex—a derivative of CBD—can help reduce seizures in children with two rare forms of epilepsy: Lennox-Gastaut syndrome and Dravet syndrome. In June, the FDA approved Epidiolex as the first prescription drug made from marijuana, for the treatment of these two conditions.

When Olivia Newton-John was diagnosed with metastatic breast cancer in 2017, the actress’s daughter Chloe Rose Lattanzi posted on Instagram that her mother was using CBD oil as a treatment. Lattanzi also wrote online that cannabis “has scientifically proven properties to inhibit cancer cell growth.”

Lattanzi may be referring to studies that have been done in animals and in laboratory cell cultures, which have shown that cannabis may have anti-cancer effects. But there haven’t yet been any studies in humans that back this up, says Vandrey.

“I would argue that those types of effects have not always been very well translated and validated in human clinical trials,” says Vandrey. “The jump from one species to another can often be misleading, especially when we’re talking about a potential treatment for something as serious as cancer.”

In other words, the mainstream medical community doesn't recommend marijuana or CBD products as a remedy for cancer. While these substances may relieve some side effects of cancer or of chemotherapy (like pain, nausea, and vomiting), they should not be used as a replacement for conventional, research-proven treatments.

As a stress and anxiety buster

Actress Busy Philipps recently told Health that she’s a “strong proponent” of CBD and THC gummies, which she takes to help fight anxiety and panic attacks. Today's consumers can also buy "calming" foods and beverages like hemp-oil tea and CBD-infused almonds; there's even a brand of CBD biscuits for nervous dogs.

Informally, people have been using cannabis to relieve anxiety for years, says Dr. Clauw, although it was generally assumed that it was the THC—and the “high” that it produces—that was responsible for its stress-relieving effects. Recent research, however, suggests that CBD alone may have some anxiety-fighting power.

“It seems to have sort of a calming effect on the brain, although the precise mechanism by which it exerts these effects is not really well understood,” says Dr. Clauw. “I do recommend that patients try CBD first without THC, because you may be able to get the benefit without the side effects."

Every Question You Have About CBD—Answered 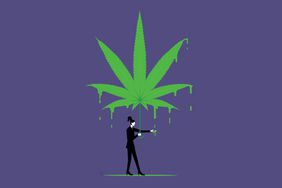 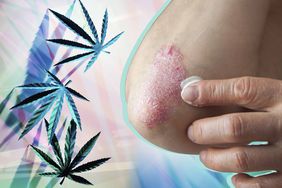 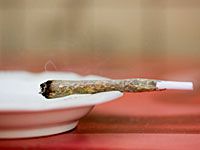 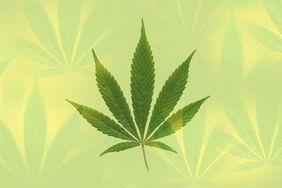 Can Cannabinoids Help Your Skincare Regimen? Here's What Know, Plus 4 Products to Try 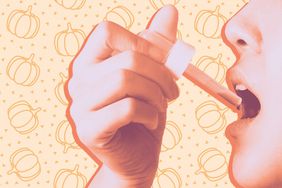 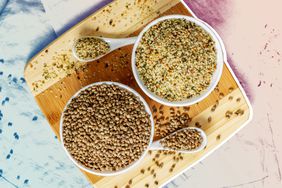 Here Are the Hemp Seed Benefits You Should Know About, According to a Nutritionist 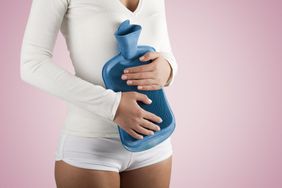