No one likes being stuck in traffic. But a daily, stressful slog into the office can be more than just an inconvenience.

The average American commute to work lasts 25 minutes, according to U.S. Census data, but many workers travel far above and beyond that number. In Los Angeles, drivers spend an average of 90 hours a year stuck in traffic alone, and employees in New York City spend an average of 48 minutes a day getting to their jobs, often switching trains or busses along the way.

Commuting is rarely anyone's favorite time of day, but it can be more than just an inconvenience: All those hours spent in home-work limbo can have physical and mental health implications, as well. Here are five ways your car, train, or bus ride to the office can affect your well-being, plus what to do about it.

It may contribute to weight gain

A 2012 study published in the American Journal of Preventative Medicine found that the farther Texas residents commuted every day, the more likely they were to be overweight. Unsurprisingly, the farthest commuters were also less likely to get the recommended amount of daily physical activity. "It's not so easy to move or change your job, so if you do have a long commute it's important that you make a bigger effort to be active during the day," says lead study author Christine Hoehner, PhD. "Take walking breaks, get up from your desk often, take the stairs, and make it a priority to exercise whenever you do have time."

If you can, it might also be a good idea to try public transportation: men and women who drove to work weighed about 6.6 and 5.5 pounds more, respectively, than their peers who walked, cycled, or took trains or buses, a 2014 study in The BMJ found.

It's a pain in the neck—literally

A third of people with commutes of more than 90 minutes say they deal with ongoing neck and back pain, according to a 2010 Gallup poll. While back pain is one of the most common health complaints, only one in four people who commute 10 minutes or less reported pain in the same poll.

The extra time spent sitting slumped forward in the driver's seat or on the train could contribute to these issues, says Andrew Wolf, exercise physiologist at Miraval Resort and Spa in Tucson, Arizona. But making an effort to sit up straight—with a lumbar support behind your lower back, and your head evenly over your shoulders—can help you reverse bad habits. "It's a lifestyle choice that requires that you think about it a bit every day," he says. "Do enough of this and it will become automatic."

It affects your mood

People who drove, carpooled, or took public transportation to work were less able to enjoy daily activities and had more trouble concentrating compared to walkers or cyclists in a 2014 study from the University of East Anglia. Interestingly, the researchers found that wellbeing scores decreased for car commuters as time spent behind the wheel increased. But for walkers, the opposite held true: Those who traveled farther to work on foot had better mental health scores.

If there's no getting around public transportation for you, one thing you might try is talking to strangers. According to a 2014 study published in the Journal of Experimental Psychology, bus and train commuters reported more positive experiences when they connected with other riders than when they kept to themselves.

14 Worst Habits For Your Mental Health

It stresses you out

People who commute by private car (no matter how long the trip)—or those whose trips lasted longer than 30 minutes by train, bus or on foot—had higher anxiety levels compared to people who made shorter trips, according to a 2014 report from the U.K.'s Office of National Statistics.

Hoehner's research also found that the longer people's car commutes were, the more likely they were to have elevated blood pressure—even when she controlled for physical activity level. "That finding suggested that there's something going on independent of the fact that people are less active, potentially something related to stress," she says. (Other risk factors for hypertension, like lack of sleep, poor diet, and social isolation, could also play a role.)

"One way to combat this could be for employers to allow people to commute at different times of the day, so they're not spending so much time in traffic," Hoehner adds. Can't switch up your schedule? Turn on a soothing playlist or practice slow, deep breathing when you feel yourself tensing up.

It exposes you to more pollution

In a 2007 study of Los Angeles residents, up to half of their exposure to harmful air pollution occurred while they traveled in their vehicles. Driving with the windows up, using recirculated air, and driving slower than 20 miles per hour can reduce exposure, say the study authors, but not as much as cutting back on driving time.

Cycling to work increases exposure to pollutants, as well, according to a 2010 Dutch study—but the same research also found that its health benefits of getting your heart rate up on your ride still outweigh its risks by at least nine times.

15 Ways Exercise Makes You Look and Feel Younger
Was this page helpful? 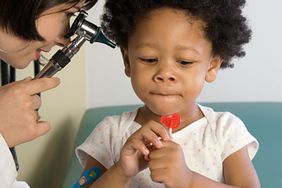 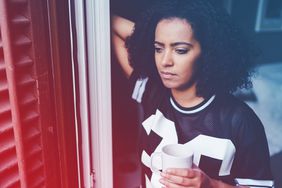 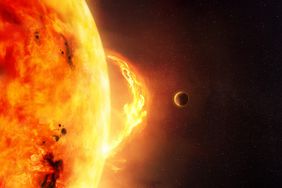 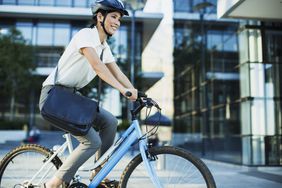 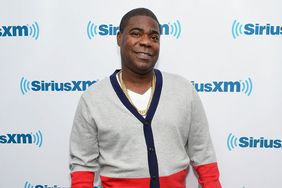