Lifestyle changes to help you control your blood pressure.

People with hypertension often need several medications to control blood pressure. But lifestyle changes can ratchet it down too, and maybe even eliminate the need for drugs.

"Anybody who has hypertension should be encouraged to work with their physician to try various things that might help them lower their blood pressure without the use of pharmacologic agents," says Matthew Burg, PhD, an associate clinical professor of medicine at Columbia University Medical Center in New York.

By following current guidelines on exercise—30 minutes a day, most days a week—you can bring down your blood pressure significantly, says Gerald Fletcher, MD, a cardiologist at the Mayo Clinic, in Jacksonville, Fla., and a spokesman for the American Heart Association. If you've been sedentary, try aerobic exercise to reduce your systolic blood pressure—the top number—by three to five points, and the bottom by two to three, says Dr. Fletcher.

People who get moving are often able to reduce the number of hypertension medications they're on, he adds. Pick something you like—walking, running, swimming, cycling—and stick with it.

You probably know that eating too much salt can raise blood pressure, but most people aren't aware of the benefits of potassium, which counters sodium's ill effects. Most don't get enough of this mineral.

According to the 2010 Dietary Guidelines for Americans, people with hypertension may especially benefit from upping the amount of potassium in their diet. Adults should get at least 4,700 milligrams a day. A few good sources: bananas (422 milligrams each), a baked potato with skin (738 milligrams), orange juice (496 milligrams per cup), and nonfat or low-fat yogurt (531–579 milligrams per 8 ounces).

We get most of our sodium from processed foods, so stick with whole foods. When you do eat foods with nutrition labels, be sure to check their sodium content.

Smokers are at higher risk of hypertension. But even though tobacco and nicotine in cigarettes can cause temporary spikes in blood pressure, smoking itself is not thought to cause chronic hypertension.(Instead, factors associated with smoking, like heavy alcohol consumption and lack of exercise, might be responsible.)

Nevertheless, quitting smoking may help you lower your blood pressure a bit, says Dr. Fletcher. And, of course, the other health benefits are countless.

Research has consistently shown that dropping just a few pounds can have a substantial impact on your blood pressure. Excess weight makes your heart work harder. This extra strain can lead to hypertension, while losing weight lightens your cardiovascular workload.

If you're overweight or obese, losing weight may be enough to get your blood pressure under control.

Cut Back on Alcohol

Even though moderate drinking—no more than one drink a day for women, and two a day for men—has heart-health benefits, drinking too much can elevate blood pressure in some people.

Research has found that consuming more than two drinks a day increases the risk of hypertension for both men and women. If you do drink, enjoy your alcoholic beverage with a meal, which may blunt its effects on blood pressure.

Managing the stress in your life effectively may help reduce your blood pressure, but there's not enough research to offer a step-by-step stress-reduction plan for everyone, says Burg.

"There are a number of things that people have developed as practices to induce a state of relaxation and ... which one is better, which is the right one, these are questions that remain to be answered in clinical trials," he says. Nevertheless, Burg recommends that people with high blood pressure look into stress management and find an approach they will be able to practice consistently.

Yoga is a great de-stressor. A New Delhi study recently found that yogic breathing exercises reduced blood pressure in people with hypertension, possibly through their effects on the autonomic nervous system, which governs heart rate, digestion, and other largely unconscious functions.

But people should not think of yoga as providing the same benefit as aerobic exercise, Burg says. "Each potentially produces benefit in different ways."

Coffee has some health benefits, but lowering blood pressure isn't one of them. Caffeine can cause short-term spikes in blood pressure, even in people without hypertension.

If you have high blood pressure, it's a good idea to moderate your caffeine intake to about two cups of coffee per day. You can check whether you're sensitive to caffeine's blood-pressure-boosting effects by checking your blood pressure before and within a half hour after consuming your caffeinated beverage. If it increases by 5 or 10 points, you could be caffeine sensitive.

Meditation—whether it involves chanting, breathing, visualization, or all the above—can be an effective stress-management tool for many people, Burg says. Again, the important thing is that it makes you feel good, and that you can commit to doing it consistently. 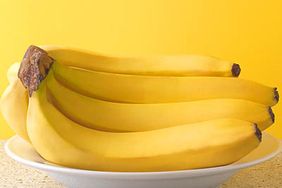 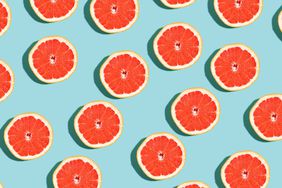