For cancer survivors, life insurance is often prohibitively expensive or unavailable. But there is hope.

Mia Taylor
Mia Taylor is an award-winning journalist who has more than a decade of expertise. News organizations she has worked for as a staff member or contributor include The Atlanta Journal-Constitution, The San Diego Union-Tribune, The Boston Globe, TheStreet, Bankrate, MSN, and Cheapism. In 2011, she was a member of a team of KPBS reporters who received a Walter Cronkite Award for Excellence in Journalism.
health's editorial guidelines

As a stage 2 breast cancer survivor, I've long assumed that having a life insurance policy in order to provide for my son was simply out of the question. Which is certainly not a comforting fact—especially as a single mother. Still, it's a reality I've begrudgingly become accustomed to, seeing as life insurance is a wealth-building tool primarily available to those lucky enough not to have a risky, pre-existing condition.

For those in my shoes, life insurance is either prohibitively expensive, or simply unavailable. It's a fact that became firmly rooted in my mind as a result of reading numerous articles and having conversations with other survivors. Still, with each passing year I spent in remission, I began wondering whether this "fact" continued to be entirely accurate. Is it impossible, as a cancer survivor who's six years into remission to get life insurance? I wondered. Would doing so still be overly expensive? Or might there be something within my reach at this point? With all of these questions in mind, and wanting to do better for my son, I recently embarked on an experiment and went through the process of seeking a policy with the help of a financial advisor.

I worked with May Jiang, a certified financial professional from Maryland-based OffitAdvisors. After completing a questionnaire detailing my cancer background (Stage 2, metastasized to three lymph nodes, six years remission) Jiang and I hopped on a Zoom call to walk through the various cost models she'd developed with the help of an underwriter.

Jiang first presented a whole life insurance policy that seemed like it might actually provide a solid choice—and I was overjoyed. Whole life policies, for those not entirely familiar, are cash value policies, as opposed to term life insurance, which has no cash savings component. Because of their cash value (which increases over time) whole life policies can be used to cover expenses while you're alive, including paying for medical needs, college tuition for your children, and even funding your retirement living expenses.

The premiums for this coverage were unfortunately not affordable—at least not for a single parent like me. The initial annual cost was $3,312, plus an added $1,500 "temporary flat extra premium" because of my pre-existing, high-risk health condition. This brought the grand total to about $4,712 per year or $409 per month. There would also be additional 9.5% in annual interest, which amounted to an additional $207, if I chose to pay the premium over the course 12 installments instead of in one lump sum. All of which put this policy beyond my reach as an added monthly expense.

Feeling crestfallen, Jiang and I quickly turned our attention to the term life insurance options provided by the underwriter, which I hoped would prove slightly more budget-friendly options. I couldn't have been more off-base.

None of the other three term life options provided by the underwriter offered anything more palatable. A second policy for $500,000 in coverage came in still higher, with a starting annual premium of $6,183, or about $515 per month, for the first five years; the third policy was $7084 annually ($590 per month).

Again, none of these options were affordable (or even financially logical if you ask me).

At this point, I assumed my experiment had answered the questions I'd set out to investigate: Yes, insurance companies will offer policies to a cancer patient six years in remission. But no, life insurance is not affordable for someone with a high-risk, pre-existing condition. That's not to say some families couldn't afford the premium costs presented. But I certainly could not.

Jiang supported my conclusions. "It can still be quite expensive depending on your unique cancer diagnosis," she noted. "But if cash flow is not an issue, you can get big policies or small policies, and it is still worth it because the policy payout will be bigger than the premiums."

And she added this point: "In general, life insurance is a critical, fundamental financial planning tool."

This is a point I wish I had known decades ago. Seriously. I wish it were taught in high schools across the country, the fundamentals of sound financial planning. Unfortunately, I did not fully grasp the importance of life insurance until much later, well into my adult years. And I am far from alone in this predicament or lack of knowledge. Countless people and families are not aware of the critical role life insurance plays in establishing a complete financial safety net.

But Jiang, being the astute advisor that she is, had one more option up her sleeve that might make sense for me and at least some of my goals: Insure my 8-year-old son himself. It would be possible, she explained, to take out a $150,000 whole life policy in his name with me as the beneficiary.

Now, before parents everywhere think this is morbid, let me clarify. The policy would be a financial tool intended for his use. I could contribute money for him starting now while he is still very young and tap into the cash for him any time he might need it as he grows.

"You can access the policy and give him cash for tuition, or rent, or whatever you want to," Jiang explained.

The beauty of this approach is that it was far more affordable. The initial policy Jiang presented would cost just $798 annually or about $69 per month (when you factor in interest for paying over 12 months instead of in a lump sum.) By opening such a policy, I could help provide my son with cash at 18 when he might use to help pay for college, or later in life for a down payment on a house if he so desired. What's more, this policy is something my son could pass down to his own dependants if he holds onto it, and then they would benefit.

I was heartened to have come upon something of a viable option not only for myself, but for the countless others like me, people with high-risk pre-existing conditions who still want affordable choices and who want to try and provide for their child's future in some way.

To be clear, there are many caveats to my story. To begin with, the $150,000 whole life insurance policy in my son's name does not provide him with any substantial cash benefit should anything happen to me, which is what I initially wanted. It is simply a savings vehicle that could offer him money for life expenses down the road. In other words, it's an option that I might add to a broader portfolio of financial tools that could also include a 529 plan and a high-interest savings account perhaps.

Yet another downside of the option I settled upon: It does not provide any meaningful cash value for my retirement years, which a whole life insurance policy in my name could have done. As Jiang explained, whole life is really a beneficial choice if you can afford it. But that's a big if.

"With a whole life policy, the cash in it continues to grow and that money can be used for either retirement life comforts and for your offspring—your children and grandchildren, and even great grandchildren, creating a legacy for their education," Jiang explained.

In the case of the whole life policy I was presented with, for instance, the death benefit at age 85 would have been $279,503—money that could have benefitted not only my son, but his children, too.

The realities when you're a cancer survivor

The thing about cancer is that every case is unique and fraught with its own complexities. And that reality impacts the insurance offers you may—or may not—get. In my case, the cancer metastasized to my lymph nodes, making it riskier to ensure me.

But as others in the insurance industry pointed out, not everyone faces this same challenge. I also spoke with David Decker, a life insurance industry expert from Royal Neighbors of America and a Stage 4 metastatic squamous cell carcinoma survivor. Here's what he told me: Everything depends on your situation.

Is it easier, I asked, to get insurance once you are in remission—and do the costs go down after you've been in remission a certain period of time?

"Cancer survivors (and insurers) understand the difference between remission and cure," Decker explained. "Depending upon the type of cancer, [with] remission and a two-year eventless period, an individual can return to insurability. They may be paying a higher rate, but they can often obtain coverage. If the type of cancer has a high recurrence rate, they may remain uninsurable."

In Decker's case, his active cancer treatment ended about 10 years ago, though he still sees an oncologist every year for a full workup. As a result, he was able to purchase additional life insurance about five years ago at a competitive rate, because his treatment ended more than two years prior.

He noted that many people go in to debt paying for their spouse's or their parents' funerals, and about 45 percent of Americans have no life insurance at all. (He was preaching to the choir with that factoid.)

My next question for Decker was whether the insurance industry's approach to insuring cancer survivors had improved over the years, as survival rates have spiked for many types of the disease. His answer? Yes—somewhat.

"Carriers are continuously evolving as it relates to different types of cancers and successful treatments. Analyzing data and life expectancy after treatment is an ongoing actuarial process," Decker says. "Thirty years ago, many types of cancer were immediate declinations, and now current patients survive and thrive until their normal life expectancies."

So there is hope, at least for some of us. Still, Decker added, he was fortunate to have purchased the bulk of his insurance before he was diagnosed. Consider that a word to the wise, and the biggest takeaway from this. How can you avoid being stuck in my situation? Get your policy now, while you're healthy—and far more insurable. 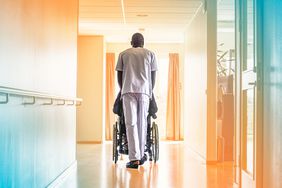 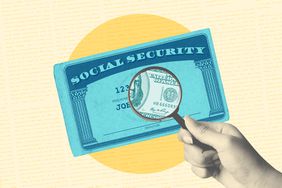 How You Can Afford Emergency Wisdom Tooth Removal