Jeff Bridges Has Lymphoma—Here's What to Know About This Form of Cancer, and What His Treatment Might Involve

"As the Dude would say… New S**T has come to light," the actor revealed in a tweet.

Actor Jeff Bridges has been diagnosed with lymphoma, a cancer of the lymphatic system, the actor shared in a tweet on October 19.

Bridges referred to his character in The Big Lebowski, writing, "As the Dude would say… New S**T has come to light." He went on to reveal his diagnosis, saying that although it is "a serious disease," he's grateful for his team of doctors. "The prognosis is good," he wrote. "I'm starting treatment and will keep you posted on my recovery."

He added, "I'm profoundly grateful for the love and support from my family and friends. Thank you for your prayers and well wishes."

The much-loved actor, who is currently working on The Old Man, an FX action-adventure series, took the opportunity to remind people to vote in the presidential election, noting, "we are all in this together."

Lymphoma is cancer that starts in a specific type of white blood cells called lymphocytes. "Lymphocytes are the white blood cells that help make antibodies and are part of the normal infection-fighting machinery," Gwen Nichols, MD, chief medical officer of the Leukemia and Lymphoma Society, previously told Health. Although lymphocytes are typically found in lymph nodes, they circulate throughout the entire body.

While NHL has many subtypes, HL has a particular appearance under the microscope. It contains cells called Reed-Sternberg cells, which aren't present in NHL.

Hodgkin's lymphoma is typically considered to be more treatable, with more than 90% of patients surviving more than five years after their initial diagnosis. NHL survival rates are usually lower, but Dr. Nichols pointed out that rates are "extremely variable" due to the large number of different subtypes and responses to therapy.

According to the American Cancer Society (ACS), more than 77,000 people will be diagnosed with NHL this year, and nearly 20,000 will die from it. NHL accounts for about 4% of all cancers in the US. By comparison, HL is much less common, affecting only 8,000 people per year.

The risk of developing NHL increases with age, and more than half of patients are 65 or older at the time of diagnosis, per the ACS. But HL follows a different pattern, explained Dr. Nichols. Typically, there are two peaks: one in late childhood through early adulthood and one in late middle age.

What are the symptoms of lymphoma?

Common symptoms of both types of lymphoma include swollen lymph nodes (presenting as a lump in the neck, under the arm, or in the groin), fatigue, fever, unexplained weight loss, and night sweats, Per the ACS. Less common signs of lymphoma are skin rashes or unexplained pain in the abdomen, chest, and bones. Depending on the type of lymphoma and where it is in the body, some people might not experience any symptoms until it grows quite large.

How is this type of cancer treated?

It's important for doctors to identify the exact type of lymphoma, because treatment varies.

If you have symptoms of lymphoma, your doctor will carry out a physical exam, checking for swollen lymph nodes. They'll probably take blood and urine tests too, and maybe order imaging tests like X-rays, MRIs, or PET scans. A biopsy of a lymph node or bone marrow test helps to get a clearer picture of what's going on in the tissue and cells.

When the stage of lymphoma is determined, the best course of therapy can be decided. If the cancer is an aggressive form of NHL, options might include chemotherapy, immunotherapy, radiation therapy, and bone marrow transplant. But if the lymphoma is a slow-growing type, it can be monitored by your health care team without needing immediate treatment. 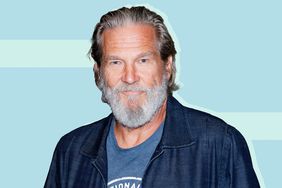 Jeff Bridges' Lymphoma Is Now In Remission: 'COVID-19 Was Worse Than Chemo'

9 Lymphoma Symptoms to Watch For, According to Cancer Doctors