A constant itch can be a sign of cancer, as Marisa Sipcic found out when she was finally diagnosed.

When Marisa Sipcic noticed a rash all over her body in 2017, she thought it was an allergic reaction of some kind—and her doctor agreed. Fast-forward two years, and the 26-year-old is having chemotherapy for stage 4a Hodgkin’s lymphoma.

“When I first noticed my rash, I thought it was just a matter of finding out what caused it,” Sipcic, a hairstylist in Australia’s Mornington Peninsula, tells Health. “I went through tests, eliminated certain things from my diet, and changed laundry detergents, soaps etc.”

When nothing worked, she was put on steroid tablets, which did clear up the rash—but an “uncontrollable” itch remained. Meanwhile, Sipcic noticed that she was very tired all the time, and she started experiencing night sweats. What she didn’t know back then was that an itchy rash, fatigue, and night sweats are all common symptoms of Hodgkin's (also called Hodgkin) lymphoma, a cancer that begins in certain white blood cells.

It wasn’t until one morning in August 2019, when Sipcic woke up to a golf ball–size swelling on the side of her neck, that she became really concerned. She went back to her doctor, and less than a month later, after scans and a biopsy, she was diagnosed with stage 4a Hodgkin’s lymphoma.

“I was extremely shocked,” she says. “It was never something I expected to hear at any age, let alone just before my 26th birthday. My uncle had passed away earlier that year from a different type of lymphoma, which made it even more of a shock to my family.”

In the five months since her diagnosis, Sipcic has had a course of ABVD chemotherapy, which is a cocktail of four different types of cancer drugs, administered once every two weeks. She’s also had to take prescription medication twice a day.

As soon as she was diagnosed, Sipcic immediately started taking hormone medication and had her eggs harvested for IVF—just in case the chemotherapy made her infertile.

The side effects of the chemotherapy are so intense that Sipcic was unable to work. But the chemotherapy has worked. “I had a full metabolic response, which means I’m officially in remission,” she says. “After another six weeks of chemotherapy and medication, my treatment will be over.”

Unsurprisingly, the experience has been life-changing—and it's taught Sipcic important life lessons. “It’s always better to be safe than sorry,” she says. “If something seems off, it is always better to get yourself checked out—no matter how small you may think it is.”

“The top priority is to know yourself and your health,” she adds. “Know your body.” 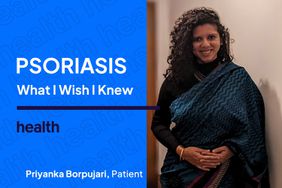 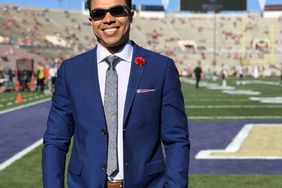