Keep this in mind—regardless of what you're going through.

Medically reviewed by Gagandeep Brar, MD
Gagandeep Brar, MD, is a board-certified hematologist and medical oncologist. Her research interest is in gastrointestinal malignancies with a focus on immune and targeted therapies.
learn more

Sheryl Crow was diagnosed with early-stage breast cancer in February 2006 through a routine mammogram. At 44 years old, she eventually had a lumpectomy (or the removal of cancerous tissue) in the affected breast and underwent radiation.

But Crow said her diagnosis of ductal carcinoma in situ (DCIS), which is stage 0 breast cancer, taught her a lot and has even shaped how she practices self-care today. Crow mainly learned to put her own health first and find a community that champions that.

"With your diagnosis comes a lesson, and for women who've shared their lesson with me, it's almost always the same," Crow told Health, adding that taking care of yourself should be a priority.

"Women are overachievers," added Crow. "We take care of the people around us while we work and do a thousand [other] things."

Because of that, Crow said people who have been through a breast cancer diagnosis or currently have breast cancer must learn "how to put on their oxygen mask first before putting it on anyone else."

For Crow, that wasn't easy.

"I was a caretaker, and that was my challenge: To use my voice to explain what I needed and what I didn't need," explained Crow. "And [how to] say 'no' and listen to my body."

Luckily, Crow found a community of people sharing her struggles to help teach her those lessons and propel her forward.

"Once you get diagnosed, you find that there's a whole community of women who find each other—in Starbucks, in airports, in hotel lobbies, just everywhere—who will share their story," said Crow.

After being in remission from breast cancer, Crow, who partnered with Genius 3D Mammography in 2018, noted that she practices self-care methods like meditation.

"Our brain is so overactive, and it's been programmed to judge everything—your own performance, everyone around us," said Crow.

That's where meditation came into play for her: "It definitely does help in stopping the constant overload of brain stimulation that is constantly telling us where our shortcomings are, where we're failing."

Crow added that meditating could help keep our patience and compassion for others intact. Crow also credited cutting out dairy, going (mostly) gluten-free, and working out with a rowing machine with having helped her stay healthy.

In addition to sharing her self-care tips, Crow advised people who only sometimes stay on top of their yearly mammogram appointments.

"The statistic is one in eight women will be diagnosed in their lifetime," said Crow. "I was one of those women who had no family history and was super healthy. And I wound up being the one in eight."

Crow understood that canceling and rescheduling appointments happen—mainly with the excuse of "I'm too busy." But she said no reason justifies not making your health a priority sooner rather than later.

"I say to women who want to put it off: It can be the difference in having a minimal treatment or having [chemotherapy] or worse than that—the risk of it being fatal," said Crow.

As for people recently diagnosed with breast cancer or who have gotten another type of devastating news, Crow also had a message for them: "Don't stop breathing."

Crow added that there are "a thousand ways to be traumatized in life—from losing a job to having a spouse walk out, [to] a death in the family." That's why she says being mindful of your breathing is so necessary.

"The only way to keep yourself in your body [...] is to remember to breathe," noted Crow. 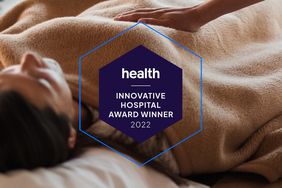 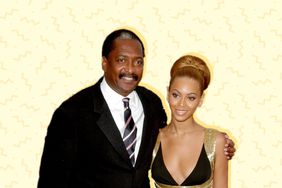