Christina Applegate is planning to undergo breast reconstruction.(THEINSIDER.COM)Sunday night, actress Christina Applegate stood in front of a crowd of her peers and millions of viewers at the 60th annual Emmy Awards. And I couldn't help wondering, how many of them were looking at her chest?

A little over a month ago, the 36-year-old star of Samantha Who? had a prophylactic double mastectomy after finding a tumor in one breast and testing positive for the BRCA-1 breast cancer gene mutation, which elevated her risk for breast and ovarian cancer.

After her surgery to remove both breasts, Applegate told Good Morning America that she would undergo reconstruction over the next several months. Whether she's started already, we don't really know. She walked the red carpet in an ice-blue, one-strapped asymmetrical gown, looking less voluptuous than usual, but as gorgeous and as confident as ever—and a stunning advertisement for life after mastectomy.

Experts speculate that Applegate will have what Roberta Gartside, MD, a Virginia plastic surgeon, said last week is the most popular breast cancer reconstruction option: an implant expander and an implant. After all breast tissue is removed, a temporary expander is put into each breast to stretch the skin so that there is enough of it to cover the implants, which are inserted in a future surgery. A few months later, the areola and nipple can be created on each breast.

Breast reconstruction was the hot topic at a Web seminar sponsored by the American Society of Plastic Surgeons last week, attended by Dr. Gartside and other experts. The surgery has come a long way, they said, with advances such as improved silicone implants, fat injections that may be able to correct deformities from lumpectomies, and TRAM flap surgery that uses the woman's own tissue and fat.

Many women don't choose it

Some women aren't good candidates because they're going to undergo radiation first, says Amy Alderman, MD, assistant professor of surgery at the University of Michigan Medical Center in Ann Arbor.

"Others may be overwhelmed with the whole process. They're being told about radiation, chemotherapy, what's going to be done with their breasts or their lymph nodes," Dr. Alderman said. "They're glad to know about options, but will decide later." Of those, about one-third of them will eventually opt for some kind of reconstruction, she says.

For some women, reconstruction is just not a priority. "When they get to be 60 or over, I see more of the population saying, 'This isn't important to me,'" says Dr. Alderman. Megan, 58, is one of those women.

What worried the seminar panelists were racial gaps in the reconstruction numbers. African Americans, for instance, are half as likely as whites to choose it after a mastectomy. They may not be getting the information they need or have access to a reconstruction team with a plastic surgeon, or they may face financial or insurance barriers, Dr. Alderman says. Some women may not know that insurance coverage for post-mastectomy breast reconstruction is mandated by the 1998 Women's Health and Cancer Rights Act.

Reconstruction was an important part of breast cancer recovery for Missy Fish, one of the Web seminar participants. She is a two-time breast cancer survivor who underwent a mastectomy and immediate reconstruction at age 39 on one breast, and then again on the other in 2005. "Living with a prosthesis was not an option for my age or lifestyle," says the St. Louis–area breast cancer activist who works in the fashion industry. "Breast cancer is enough to deal with, you don't need to be worried about if you're lopsided." Fish says that the fact that her body appeared to be largely unchanged post-reconstruction made it easy for her to get her life back on track.

Like Fish, Christina Applegate seems to have her life back. She didn't win an Emmy on Sunday night, but she sure won my admiration. And I can't wait to see the "cute boobs" she says she's going to end up with once her reconstruction is complete. 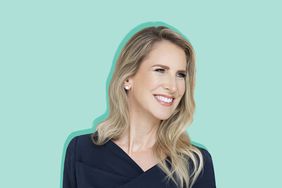 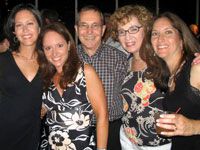 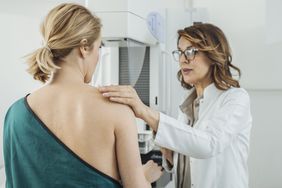