Deciding which charitable organizations to support can be daunting. Here are some of the breast cancer-related charities that receive high scores from Charity Navigator.

Mia Taylor is an award-winning journalist who's passionate about making personal finance coverage accessible and engaging. News organizations she has worked for as a staff member or contributor include The Atlanta Journal-Constitution, the San Diego Union-Tribune, The Boston Globe, TheStreet, Bankrate, MSN, and Cheapism. In 2011, she was a member of a team of KPBS reporters who received a Walter Cronkite Award for Excellence in Journalism.

The statistics surrounding breast cancer remain unsettling. The Breast Cancer Research Foundation reported that for the first time, breast cancer has surpassed lung cancer as the most common cancer worldwide. It's also the most common cancer impacting American women—and continues to be a top cause of cancer death in less developed countries. In 2020, more than 2.3 million women were diagnosed with breast cancer worldwide, and 685,000 died. In the United States, it remains the second leading cause of cancer death among women.

Perhaps even more concerning, since 2008, breast cancer incidence worldwide has increased by more than 20% and mortality has increased by 14%, according to The Breast Cancer Research Foundation. That these things are still true in 2021 is disheartening.

What Is Breast Cancer?

For those who'd like to try and help bring about change on this issue, it can be perplexing deciding where to start or which charity to give money to. Not all organizations are created equal. In addition, the various organizations focused on breast cancer often use the funding they receive for very specific aspects of the battle—such as supporting critically important research to find a cure or to assist patients who need help paying medical costs. Others provide money for hair loss products or even cost-of-living support.

As the National Breast Cancer Foundation points out: "Each breast cancer organization has its own mission, visions, goals, and ideas about how to impact the lives of people affected by breast cancer. This is why research is crucial when you're making a donation."

To help with the research process, we've compiled some of the breast cancer organizations that received three to four stars from Charity Navigator, a platform that rates charities by evaluating their financial health, accountability, and transparency. Charity Navigator's ratings are designed to show consumers how efficiently a charity uses the money it's given and how well it has sustained programs and services over time. Four stars is the site's top designation and indicates the organization is exceeds industry standards and outperforms most charities in its cause. A three-star designation means the organization "exceeds or meets industry standards and performs as well as or better than most charities in its cause." All of the organizations listed below also received perfect or nearly perfect scores in the category of financial accountability and transparency from Charity Navigator.

In addition, the options below are deliberately diverse in their organizational missions. Some are focused on the crucial work of funding research in pursuit of a cure for this life-ending disease, as well as the often-overlooked issue of breast cancer metastasis; others are focused on providing education, financial support, and after-treatment care.

"As giving is an extremely personal process, many donors find organizations through personal experiences or recommendations from family and friends. You may also see testimonials from your loved ones on social media. The important thing is doing your research and finding an effective organization that aligns with your passions," says Kevin Scally, chief relationship officer for Charity Navigator.

When searching for an organization to support, you should also be sure that it is a bona fide, tax-exempt, 501c(3) public charity, says Scally. (All of the charities evaluated by Charity Navigator meet this basic requirement.) Examining the charity's finances can also be a smart move, as financially healthy organizations have a greater ability to pursue their charitable mission.

Charity Navigator's search function produces pages and pages of options for supporting breast cancer-related causes. The site also offers a dedicated "Hot Topics" page that includes a more extensive list of the three- to four-star-rated breast cancer charities. Here is a curated list of the top-rated organizations from Charity Navigator to keep in mind. Though this list should really just be the start of your research.

More than 80% of the National Breast Cancer Foundation's (NBCF) revenue is funneled into life-saving programs. This is just one of the reasons the charity has received the highest, four-star rating from Charity Navigator. The organization was founded in 1991 by a breast cancer survivor, Janelle Hail. After her treatment, Hail set her sights on helping other women impacted by the disease. The organization does this through education about the importance of early detection, and various support services. Over the past 10 years, NBCF has provided more than 192,000 mammograms, 858,000 patient navigation services, and 240,000 breast health education services to women in need.

Those familiar with The Estee Lauder Companies may recognize the name of this organization's founder—Evelyn Lauder. As a breast cancer survivor, Lauder established the Breast Cancer Research Foundation (BCRF) to help fund research and raise awareness surrounding the disease. The organization does incredibly important work in the area of research toward finding a cure. It is the largest private funder of breast cancer research in the world.

In particular, money from BCRF is used to research the prevention of breast cancer metastasis, which can often be life-ending for those with such a diagnosis. BCRF also convenes and connects leading minds in science and gives them the opportunity to pursue innovative approaches to addressing breast cancer. According to the 501c(3), BCRF-funded investigations have "been behind every major breakthrough in breast cancer research." BCRF receives high marks from Charity Navigator for accountability and transparency (a perfect score of 100) and received a three-star rating overall from the platform.

Considered incurable, metastatic breast cancer affects as much as 30% of women who have early-stage breast cancer. METAvivor is focused entirely on this group of patients. It is dedicated to the specific fight of women and men living with stage 4 metastatic breast cancer. When originally created in 2009, there was no other organization focused solely on funding research for the disease and no patient groups were speaking out about the lack of stage 4 cancer research. Today, it remains the only United States organization focused on awarding annual stage 4 breast cancer research. METAvivor, a four-star ranked organization by Charity Navigator earned an overall score of 94 out of 100 from the platform and a perfect score of 100 for accountability and transparency.

Established in 1991 by a radiation oncologist, Living Beyond Breast Cancer (LBBC) initially set out to provide information and support to those with breast cancer after treatment had been finished. However, the organization's mission has since broadened to also include helping patients during diagnosis, treatment, recovery, and survival. In addition, LBBC offers support programming for caregivers and health care professionals. LBBC has an overall score of 94 out of 100 score on Charity Navigator and a 100 for accountability and transparency.

A breast cancer diagnosis can be overwhelming and terrifying. Breastcancer.org was established in 2000 by an oncologist to help breast cancer patients sort through it all, and provide reliable, complete, and up-to-date information about breast cancer. The non-profit has a score of 92 out of 100 on Charity Navigator and a 100 for accountability and transparency. Since it was created, Breastcancer.org has supported more than 153 million people affected by breast cancer. Every $1 the organization raises helps three people get the care they need to make decisions regarding breast cancer treatment.

Susan G. Komen for the Cure

One of the most well-known breast cancer organizations in the country, Susan G. Komen Foundation was created more than 40 years ago by Nancy Brinker, who promised her dying sister, Susan Komen, that she would do all she could to bring an end to the disease. Susan G. Komen Foundation was created in 1982. Funding from the organization is used to advance research, education, screening, and treatment. The organization's Charity Navigator score is 82 out of 100 (three stars). It has an accountability and transparency score of 96. 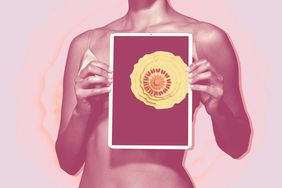 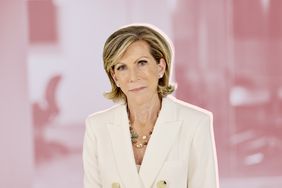