5 Women With Breast Cancer Treatment Side Effects, Some Bad and Some Not So Bad

Some women are hit a lot harder by side effects than others (and may want to check out these home remedies and complementary therapies).

• Leslie Riddle, 50, who lives in New York City, says she suffered from "chemo brain"—her thinking and memory were somewhat impaired, a possible side effect of the drugs. "The first night I did chemo, when I left the hospital, I should've had someone come with me. I couldn't remember where the subway was," she says. "I thought, Oh, my God, where am I? It was just wacky, how my brain was in a fog."

• Hendy Dayton, 48, of San Francisco says that after chemotherapy, "You feel like your body has been poisoned. You just want to cut yourself open and get it out. Losing my hair was the lowest point."

But for other women, fear of chemotherapy is worse than the experience itself.

Connie Harrington, 40, who lives near Chicago, remembers being terrified when she found out she had to have chemo. "You hear that word—chemo—and it's like, oh, my God," she says. "It's a terrifying word, right up there after cancer." But in the end, she suffered relatively little. "I was grateful and surprised that it wasn't as bad as I thought it would be. I thought I'd be lying in bed for days. Now that I'm getting toward the end of it, I think, Wow, I thought this would never end, and now it is."

• Kerry Apicella, 62, of New York City, also fared better than she expected. "I made it convenient for myself; I got chemo treatments during lunch and took the rest of the day off. I never really got that tired. I just kept myself as busy as possible; I guess that was my defense mechanism."

My Breast Cancer Drug Trial Had Its Ups and Downs 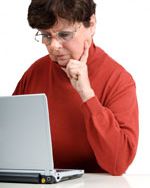 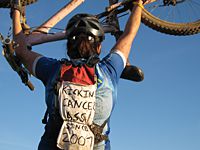