Just when we thought we'd heard it all, Kim Kardashian knocked us flat with the announcement that she duct tapes her breasts. Here's the scoop on this and four other indignities you should spare your girls.

Kim Kardashian never disappoints. Just when we thought we’d heard it all, the star knocks us flat with the announcement that she duct tapes her breasts to ensure fabulous red-carpet cleavage. “Um, not a good idea," says dermatologist Bruce Katz, MD, Director of the JUVA Skin & Laser Center in New York City. Here, the downside of that DIY boob uplift, plus four other indignities you shouldn't subject your girls to.

Kimmie shared her hardware-store breast hack on her web page: “I've used everything from duct tape to packing tape to masking tape and I think that the best I found is gaffer's tape. It sticks the best!” she revealed. But try this tacky move and you risk a nasty skin reaction, warns Dr. Katz: “It can irritate your skin and cause a rash, especially around your nipples, which are particularly sensitive.” Ouch. You could even develop an allergy to substances in these adhesives, and end up breaking out in eczema every time you use duct or masking tape in the future, Dr. Katz adds. Pass.

Some MDs are hawking “breastox” treatments in which they inject the chest muscles with Botox to perk up your pair. The idea behind it is since the pecs are paralyzed, your back muscles take up the slack, lifting up your boobs. But groups like the American Society of Plastic Surgeons say the injectable breast lift is a total bust, pointing to research that shows it doesn’t work and is expensive to boot. “It also does nothing to address sagging skin, which contributes to drooping,” says Alexes Hazen, MD, a plastic surgeon at NYU Langone Medical Center. Experts also caution against injecting facial fillers such as Restylane into breasts: “We don’t have any data about the safety," says Dr. Hazen. One final no thank you: The "vampire breast lift," which involves using a woman's own blood to supposedly plump up her bust.

You CAN get nipple hairs waxed off at a salon, but why would you want to? Besides setting you up for ingrowns and irritation (never fun anywhere, but especially there), the treatment may cause painful burns, warns Dr. Katz. Electrolysis isn’t a great option either, since it can lead to unsightly scarring. Tweezing the occasional stray is easy enough, but if you have a lot sprouting there, consider seeing a derm for laser hair removal, a more permanent fix, suggests Dr. Katz. It is not cheap, alas (about $100 a pop, with most women needing four to six treatments).

Running in a yoga bra

Your sexy Lululemon yoga bra may do the job for warrior pose, but it’s just not supportive enough to keep your boobs contained while pounding the pavement. Besides being uncomfortable, running in a sub-par bra can actually break down connective tissue in your chest, causing sagging. (Breasts can bounce as much as eight inches during a jog, according to research out of the University of Portsmouth). You’re best off logging miles in a bra designed for your exact workout. Sports encapsulation models—which have separate molded cups to provide added support—are always a good bet if you're busty.

Celebs like Kylie Jenner and Rihanna proudly flash nipple rings, but beware this intimate style statement: Bejeweling your mammaries increases your risk of developing an abscess—a painful, pus-filled infection—tenfold, according to a University of Iowa study. Piercing can also damage milk production ducts, which can be problematic if you try to breastfeed later. Another unfortunate occurrence, according to Dr. Katz: “Some women are allergic to the metal used for the piercing or in the ring itself, which can cause a severe rash." Even worse, if the place doesn't properly disinfect the equipment, you can contract hepatitis B, hep C, or HIV.

Repeat after us: "My ta-tas are beautiful as is." 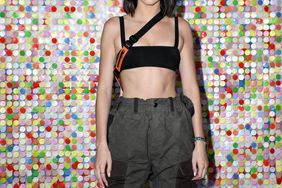 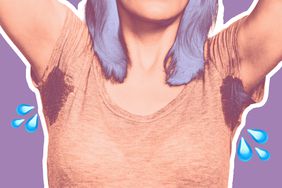 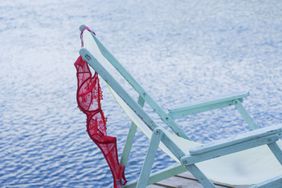 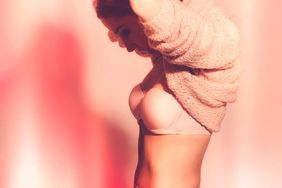 The 10 Best Sports Bras for Running, According to Olympians, Coaches, and Marathoners
The 9 Best Post-Mastectomy Bras for Breast Cancer Survivors