Six people share their personal experiences and whether the discomfort was worth it.

Intrauterine devices (IUDs) are nearly fail-safe when it comes to pregnancy prevention. Two types of IUDs are available: the copper IUD and the hormonal IUD, which releases progestin. According to the American College of Obstetricians and Gynecologists (ACOG), once an IUD is in, it works for years with greater than 99% efficacy. But getting it in is what makes some people nervous.

A trained healthcare provider needs to insert the T-shaped device into your uterus, a process that is typically quick and not very painful, said Health's medical editor, Roshini Rajapaksa, MD. Per ACOG, after performing a pelvic exam, your healthcare provider will use a special inserter to guide the IUD through the vagina and cervix and into the uterus. But because no two IUD experiences are exactly alike, Health reached out to real people for their personal stories. Here, they share what they felt during the insertion and whether they would choose to do it again.

"It felt like I'd done a serious strength training regimen just with my pelvis." —Allyson W., 31, college instructor

Allyson switched to an IUD because she was tired of having to think about birth control every day. "My OBGYN recommended Mirena for its low side effects, and I decided to go for it," she said. But the insertion process wasn't what she expected: "I have a small cervix. I was given drugs to help it dilate…but they just did not work at all. In fact, I had an allergic reaction to them. The nurse practitioner had to manually dilate my cervix to insert the device," she explained. "It was so painful, and I thought I was going to pass out!" But Allyson has no regrets and has since gotten her first IUD replaced. "I haven't had any side effects, I never need to remember to take a pill, and I know I'm using a very reliable form of contraception."

Danielle described her IUD insertion as "the single biggest, most intense cramp of my life." The pain, however, didn't last long. There was some lingering abdominal discomfort afterward, but "nothing too bad." When her IUD expires, she plans to have it replaced. "Whatever the cost—both financially and the physical pain of the insertion—it's totally worth it, in my opinion," Danielle said.

"If you've ever had a PAP smear, the cramps I felt were like those cramps, but five times worse." — Gina V., 22, marketing coordinator

Gina thought her anxiety about the insertion made it feel more painful: "I [had] read every online review I could find. I [had] completely psyched myself out and almost didn't get it." Gina's emotional distress during the process triggered a vasovagal reaction—which Johns Hopkins Medicine describes as a sudden drop in heart rate and blood pressure that reduces blood flow to the brain. "My whole body was shaking and quickly alternating between hot and cold, I was slightly nauseated and very dizzy and faint," she said. But Gina believed her experience was rare: "A lot of woman have really easy, great experiences with the IUD. I'm just not one of those women." According to MedlinePlus, it's not uncommon for some people to feel dizzy or lightheaded during the IUD insertion process.

During her appointment to have her IUD inserted, Lauren learned that her uterus was tilted and that the process would take about 10 minutes (five times longer than usual). According to MedlinePlus, a tilted (or retroverted) uterus is common and occurs when the uterus tilts backward toward the spine instead of forward. "When the IUD was inserted, the pain was comparable to very intense period cramps," she said. "They were most prevalent during the insertion but did not go away completely for a few days." She was surprised by how long it took her body to adjust to the device. "I was bleeding intermittently for about four months," she said, which "was more of an annoyance than anything." Still, Lauren said, she wouldn't hesitate to make the same choice again. A tilted uterus generally shouldn't affect your ability to get an IUD, however, the insertion process may require a little more time and care. One study published in 2021 in the Journal of Gynecology Obstetrics and Human Reproduction found that using ultrasound to insert an IUD in persons with a tilted uterus was associated with less pain and complications, such as bleeding.

"All clothing with a waistband caused me pain." — Ashley B., 31, communications manager

Ashley initially chose a copper IUD to avoid the common side effects of hormonal birth control methods (think weight gain and mood swings). According to ACOG, it's the only type of long-acting reversible contraception (LARC) that doesn't release progestin. She was attracted to the idea of a long-term solution that wouldn't cause much of a reaction in her body. But after a month of pain, she opted to have her IUD taken out. She said her doctor suggested her uterus might have been too small for the device. According to a 2018 study published in the International Journal of Women's Health, it's not uncommon for some people to have a uterus that is too small to accommodate standard IUDs. If an IUD doesn't fit properly within the uterus, pain and bleeding may occur.

"The peace of mind I have of not worrying about purchasing birth control monthly is worth it." — Jerlyn T., 30, senior art director

Jerlyn decided to get an IUD from a cost perspective: "The price and the percentage of effectiveness made sense to me," she said. "If it costs $500 for five years, it would be like paying less than $10 per month." For her, the insertion process was akin to premenstrual syndrome (PMS). "I felt some mild cramping," said Jerlyn, who planned to have her device replaced when it expires. "I love that I spend less [money] than men for contraceptives," she said. The fact that she used to spend a lot more than cisgender men had to "always hit a nerve with me." According to Planned Parenthood, an IUD can cost up to $1300. However, most people with insurance can get it for free or at a low cost. 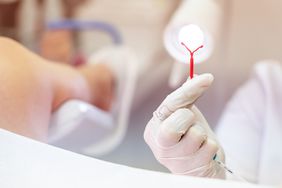 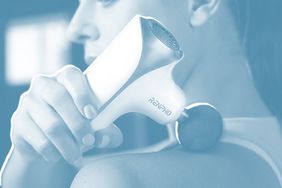