After years of cycling through periods of high energy and episodes of hopelessness, Katie Simon finally had a diagnosis.

The summer after my first year of high school, I discovered "The West Wing." I binge-watched the first five seasons in five days. My television streak cost me about 15 hours each day. But during that time, I also learned how to drive, passed my learner's permit test, applied for a scholarship, and volunteered for several hours at a stretch at a nonprofit. Squeezing all of this into such a short time might sound impossible, but I had a secret: I didn't sleep.

Over the next few years, I experienced similar periods of sleeplessness and inexplicable energy, my mind racing all the time. I'd be hyper-productive and more confident than usual, and my head would buzz nonstop with ideas.

But after these supercharged periods ran their course, I would experience the complete opposite: emptiness, exhaustion, and hopelessness. I didn't take pleasure in any day-to-day activities that usually brightened my mood.

Even going for long runs (and the endorphin rushes that came with them) couldn't lift me out of my funk. I tried not to let these dark periods bother me because I could see that rationally, I had no reason to feel so bad.

I took a gap year between high school and college to backpack around Asia and Europe. My highs and lows continued. At times I went days without sleeping, traveling on overnight buses, and talking with new friends.

I took impulsive risks: I went on road trips with people I didn't know, slept on beaches illegally, and continued to travel even after I became sick with the plague—but that's another story.

Then my mood and behavior would change. I isolated myself and stayed in my room for days, feeling hopeless, exhausted, and disinterested in exploring the fascinating places I was visiting.

After I returned from my trip, I finally reached out to a psychiatrist. The psychiatrist had me try all kinds of antidepressants, but low doses of each resulted in extreme reactions, such as euphoria and psychotic breaks.

My psychiatrist explained that my reactions were nearly impossible—unless I had a mood disorder. After asking me a series of questions, the psychiatrist confirmed their theory: I had bipolar II disorder.

The Different Types of Bipolar Disorders

Many people have heard of bipolar I disorder, or just the term bipolar, which involves dramatic mood swings that affect day-to-day functioning and energy levels. Living with bipolar disorder typically means having at least one manic episode followed by a period of depression.

Since I had never experienced a true manic episode—which causes major behavior changes like reckless spending, risky sex, or foolish investing—I didn't meet the criteria for bipolar I disorder. But I did meet the criteria for bipolar II. I'd had at least one major depressive episode (loss of interest in all activities; feelings of guilt, sadness, and hopelessness; and/or thoughts of self-harm).

To be diagnosed with bipolar II, I also had to experience a hypomanic episode—a period of increased energy, exaggerated confidence, racing thoughts, poor decision making, and/or decreased need for sleep. It was clear to my psychiatrist and me that I had experienced plenty of both.

But let's be clear: neither disorder is better or worse than the other. While bipolar I mania can be dangerous, bipolar II disorder often comes with longer episodes of depression. And people with bipolar II don't always experience one type of episode or the other. Even without treatment, they may have symptom-free periods characterized by a stable mood.

The exact cause of bipolar disorders is unknown, though experts think it could have to do with genetics and biological differences in the brain. An article published in 2018 in the journal Therapeutic Advances in Psychopharmacology examined what is known about genetic risk factors for bipolar disorder. The authors explained that twin studies demonstrate a high degree of risk of developing the disorder if one twin has it and a 5-10% lifetime risk of developing a bipolar disorder if an immediate family member has it.

However, the study also discussed the genetic risk of other mental health disorders. For example, they explained how relatives of someone diagnosed with bipolar disorder have a greater risk of developing a type of depression called unipolar depression (severe depression) than bipolar disorder.

This means that while researchers understand genetics plays a role, the exact mechanism and inheritance pattern are yet to be fully understood.

A Path Toward Healing

When I broke the news of my diagnosis to friends and family, those who had witnessed my symptoms firsthand immediately got it. But not everybody was so understanding. Older people brushed off my diagnosis, saying things like doctors hand out medications for everything these days, or everybody gets sad sometimes.

"Our society needs to stop coddling young people and blaming everything on mental health disorders," one of my college professors once told me.

In the beginning, my parents struggled to accept my diagnosis; they didn't want me to suffer, and putting a name to my symptoms probably felt scary. Yet, my diagnosis was one of the best things to ever happen to me. I also know that my treatment likely saved my life.

The authors sought to further investigate suicide and suicide attempts among individuals with bipolar disorder and discussed the role of concurrent diagnoses and trauma responses, among other possible risk factors.

Opening up about my diagnosis takes a lot of strength, especially because some people don't believe it's real. But science is on my side, and so are many people who love me. My friends know I'm the expert on my mental health, and they don't question what I (or my healthcare providers) say. It took a while, but my family has come around too.

Soon after my diagnosis, I began taking medication, which stabilizes my mood and allows me to live a symptom-free, day-to-day life most of the time. Since I started taking medication five years ago, I've felt a healthy range of emotions: happy, sad, and everything in-between.

Besides taking medication, I've also made some important behavioral changes. For example, I prioritize sleep since erratic sleep can trigger a hypomanic episode. The only hypomanic episodes I've experienced were triggered by a combination of many sleepless nights and forgetting to take my medication—a rare occurrence, but it happens!

I prioritize self-care if I experience a breakup, death of a loved one, or other major life transitions because, during these times, I'm more prone to sinking into clinical depression. Of course, everybody has a bad day occasionally. But if I'm up or down for more than a couple of days without a particular reason, it's time to figure out if it's a bipolar episode.

Once I decided to treat my bipolar II diagnosis the same way I treat physical health issues, my life changed for the better. Speaking honestly about my mental illness strengthened my friendships and support system. Being honest about my journey is one of the best ways I can contribute to ending the mental health stigma. 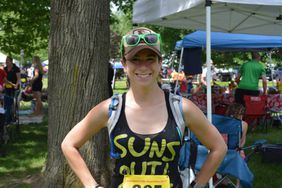 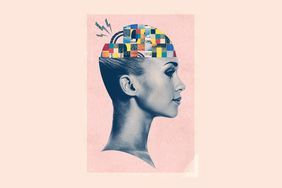 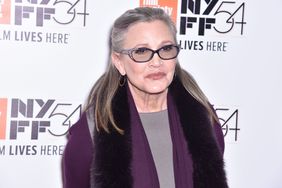