Though it's relatively uncommon, bipolar disorder is a serious mental illness that can affect anyone—here are a few celebrities who have been diagnosed in recent years.

What is bipolar disorder?

Bipolar disorder—formerly known as manic-depressive illness or manic depression—is a mental illness that causes unusual shifts in mood, energy, and activity levels, according to the National Institute of Mental Health (NIMH). A person can be diagnosed with one of three types of bipolar disorder (bipolar I disorder, bipolar II disorder, or cyclothymic disorder), and the illness is usually identified during the late teens or early adult years.

While Dr. Tendler says bipolar disorder isn’t difficult to diagnose, there is usually a diagnostic delay because people who experience these extreme mood swings don’t have the insight to recognize that they are a problem. “When the alternative is depressive episodes, most individuals enjoy when they’re experiencing the emotional highs,” he explains. “They find it to be a very productive period; they write songs, start books and engage in many projects and activities. They do not tend to notice the destructive behaviors that often accompany their manic episodes, such as having affairs or being reckless with money and business ventures. If their mood during this time is happy or euphoric, they are not likely to seek treatment.”

While bipolar disorder isn't widely talked about, there are quite a few notable people who have been diagnosed with the illness. Here, a little bit on the celebrities who are known to have bipolar disorder, and how they went public with their diagnoses.

Catherine Zeta-Jones checked herself into a mental-health facility in 2011 to treat her bipolar II disorder, which has longer periods of depression and shorter, milder manic episodes than bipolar I.

Zeta-Jones told People in 2011 that she decided to go public because it might help others to step forward and get treatment. "There is no need to suffer silently and there is no shame in seeking help," she said.

In 2013, Zeta-Jones told Extra's Jerry Penacoli that she planned to speak to her children about her illness. "Sure I will,” she said. “In America it's much more open, in Britain we have that stiff upper lip."

It wasn’t until she entered a treatment center for her struggles with anorexia, bulimia, and cutting that pop star Demi Lovato found out she had bipolar disorder. "Looking back it makes sense," she told People in 2011. "There were times when I was so manic, I was writing seven songs in one night and I'd be up until 5:30 in the morning."

Years later, the former Disney darling is an outspoken advocate for those living with mental illness. “If you know someone or if you’re dealing with it yourself, just know that it is possible to live well,” she told People in 2016. “I’m living proof of that.”

The grunge rocker took his own life at age 27 despite the success of his Seattle-based band, Nirvana. Noting that one of the band’s songs is titled “Lithium,” which is also a mood stabilizer used in the treatment of bipolar disorder, Time magazine included him in a 2002 list of “manic geniuses” who made great contributions to music, art, or literature and who may have had bipolar disorder.

13 Bipolar Disorder Symptoms You Need to Know, According to Psychologists
05 of 15

Many of the questions surrounding the actress’s life and death are still unanswered—and are likely to remain that way. But Marilyn Monroe: The Final Days, a 2001 documentary, shed some light on her drug use and mental health.

“We knew that she was a manic depressive,” Monroe’s physician, Hyman Engelberg, MD, says in the film. “That always meant that there were emotional problems and that she could have big swings in her moods.”

The pop star of the eighties and nineties, notorious for her shaved head, openly discussed her mental illness on The Oprah Winfrey Show in 2007. She said she was diagnosed as bipolar at age 37, after a suicide attempt on her 33rd birthday. O’Connor told Winfrey at the time of the interview that she now takes antidepressants and mood stabilizers. “Anything is an improvement when you've been in desolation,” O’Connor told Winfrey of the meds, but “it doesn't mean you don't have lumps and bumps."

Actress Fisher, 54, best known for her role as Princess Leia in the Star Wars trilogy, has experienced plenty of turbulence in her life. After years of struggling with mania and depression, Fisher was diagnosed with bipolar disorder when she was 28.

Fisher told USA Today in 2002 that she now leads a normal life and her behavior is much more predictable, thanks to the lithium prescribed by her doctor. But it wasn’t always so easy. “I hacked off my hair, got a tattoo, and wanted to convert to Judaism," she said of her most recent manic episode.

In a 2004 interview, the 54-year-old actress of Terminator fame revealed that she had been living with bipolar disorder for more than 20 years. She was finally diagnosed after 10 years of “amazingly brilliant” manic highs, and lows that felt “like falling into a manhole and not being able to climb out no matter what.”

Hamilton decided to tell the public about her struggle 10 years after her diagnosis, when she had the disorder under control. “My quality of life is more amazing than I ever could’ve imagined in those 20 years of struggling with illness,” she said.

RELATED: 7 Women on What It’s Really Like to Live With Bipolar Disorder
09 of 15

Mariah Carey was diagnosed with bipolar disorder in 2001 when she was hospitalized for a mental and physical breakdown, but she didn’t talk about it publicly until 2018. She opened up to People, revealing that she “didn’t want to believe it.”

For a long time, Carey thought she had a severe sleep disorder. “But it wasn’t normal insomnia and I wasn’t lying awake counting sheep,” she said. “I was working and working and working… I was irritable and in constant fear of letting people down. It turns out that I was experiencing a form of mania.”

Thanks to therapy and medication, Carey is now in a good place and keen to raise awareness of her illness. “I’m comfortable discussing my struggles with bipolar II disorder,” she told People. “I’m hopeful we can get to a place where the stigma is lifted from people going through anything alone. It can be incredibly isolating. It does not have to define you and I refuse to allow it to define me or control me.”

Grammy-nominated Singer Bebe Rexha, shared her bipolar diagnosis on Twitter in 2019, revealing that she didn’t understand why she felt so sick. “I felt lows that made me not want to leave my house or be around people and why I felt highs that wouldn't let me sleep, wouldn't let me stop working or creating music. Now I know why,” she wrote. “I’m bipolar and I’m not ashamed anymore,” she stated, adding that her next album would be her favorite album ever because she wasn’t “holding anything back.”

In February, Rexha told SELF that opening up to her fans was her finally saying, that she wasn't going to be "imprisoned" by the disorder. “Maybe it’ll make somebody not feel imprisoned, in that moment, if they feel like they’re going through a rough time,” she added. “That’s why I decided to really open up and to free myself from that.”

Singer Halsey was diagnosed with bipolar disorder in high school and has been frank about her struggles with mental health over the years. In a series of tweets on July 21, she asked people to show compassion to anyone experiencing a bipolar episode.

Halsey said she was "disturbed” by what she was seeing surrounding Kanye West's bipolar episode, tweeting, “personal opinions about someone aside, a manic episode isn't a joke." She didn’t hold back, writing that if people can't offer understanding or sympathy, they should try just saying nothing.

In May, Halsey spoke at length about her mental health struggles in a YouTube Artist Spotlight Stories conversation with psychologist Snehi Kapur as part of Mental Health Awareness Month. During the discussion, she talked about stigma and the media’s tendency to fetishize mental illness in women.

The first glimpse the public had of West’s erratic behavior was perhaps his interruption of Taylor Swift at the 2009 VMAs. In 2016, he was hospitalized for “exhaustion.” But in 2018, he appeared to make a very personal statement via the album art for his eighth record, “Ye,” which included the phrase, “I hate being / Bi-Polar / it’s awesome.”

West also referred to the disorder as “my superpower” on the album, and he later became an advocate for greater awareness and understanding of mental illness. In a 2019 interview with David Letterman, he revealed that he’d only been diagnosed in 2017 and said that during an episode, everything can feel like “a conspiracy.” “You feel the government is putting chips in your head,” he said. “You feel you’re being recorded. You feel all these things.”

Controversy has surrounded singer Azealia Banks for years, with no clear line between her erratic, shocking behavior—she was suspended from Twitter followed a stream of racist and Islamophobic remarks targeting One Direction’s Zayn Malik—and her mental health issues.

Banks has referenced her bipolar diagnosis on social media, and in a 2016 post on her old Facebook page, she wrote about her attempts to share her “personal struggles with mental illness” with the public via her music. “They just refuse to pay attention,” she wrote. “Instead they joke and prad at you and say you need a doctor yet have no idea about the type of uncontrollable chaos that goes on inside your head.”

Stranger Things actor David Harbour revealed his bipolar diagnosis in 2018. Now 45, he was diagnosed in his 20s after being committed to a psychiatric hospital by his parents following a manic episode.

He now describes himself as “medicated bipolar” and sees his acting work as part of his therapy. He told Giles Paley-Phillips on the Blank Podcast that an interesting aspect of his “own particular brand” of bipolar was that he never had an episode when he was working.

In 2019, Harbour condemned the scapegoating of people with mental illness in response to President Donald Trump’s declaration that "mental illness and hatred pulls the trigger—not the gun" Monday following mass shootings in El Paso, Texas, and Dayton, Ohio.

"The 'mentally ill' (this arbitrary societally agreed upon cattle brand to differentiate 'us' from 'them' re: pain) are overwhelmingly SUBJECT to violence, not perpetrators," Harbour tweeted. "Those I’ve met in asylums are some of the kindest, lost people I’ve known."

Selena Gomez revealed to Miley Cyrus in April that she was recently diagnosed with bipolar disorder after previously seeking treatment for depression. Gomez, 28, shared the news on Cyrus's Instagram Live show, "Bright Minded."

During the episode, Gomez said she sought help at "one of the best mental hospitals" in the country to learn more about her diagnosis to battle any fear that she felt about it. "I discussed that after years of going through a lot of different things, I realized that I was bipolar," Gomez said. "And so when I go to know more information, it actually helps me. It doesn’t scare me once I know it."

Bipolar vs. BPD: How to Tell the Difference 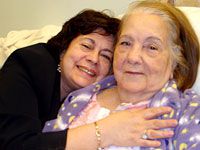 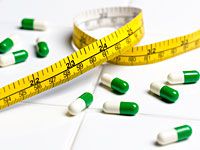