Carol Head, a longtime nonprofit executive, did her best to ensure she didn't get too much exercise. "I keep my steps under 4,000 a day," Head said. "I'd love to walk the five blocks to Starbucks on a beautiful afternoon, but if I exceed my threshold, I'll have a hard time functioning at work the next day."

Head was one of the estimated 2.5 million Americans diagnosed with myalgic encephalomyelitis, commonly known as chronic fatigue syndrome (ME/CFS). Though Head was grateful to be able to work, some of the women Head met in her role as president and CEO of the Solve ME/CFS Initiative had been housebound for long periods at a time—in part because their vague, complex, and frustrating symptoms were down-played, misdiagnosed, or ignored.

Taylor Brune, a medical assistant who was diagnosed with type 1 diabetes, Lyme disease, and the autoimmune disorder Hashimoto's thyroiditis (a condition that affects the thyroid gland), said people told her that she was too young or looked too healthy to truly be sick. "These misconceptions are disheartening because not only are we suffering the symptoms, but we also have to then defend ourselves or try to prove to others that we are ill—and that only creates more stress and sickness."

What Is an Invisible Illness and How Do They Happen?

An April 2021 Disability & Society study indicated that "there are perceptions that chronic illness is not a valid disability due to its invisibility." This may in part be due to the fact that many invisible illnesses cannot be diagnosed by a simple blood test or tissue biopsy. And many have subjective symptoms, like fatigue, headaches, and body pain, that could be associated with hundreds of different medical conditions.

"In lupus, for example, diagnosis is a challenge because there are so many ways it can manifest, and the symptoms may not necessarily happen all at once," explained Sara Tedeschi, MD, a rheumatologist at Brigham and Women's Hospital and Harvard Medical School, and a member of the Lupus Foundation of America's Medical Scientific Advisory Council. "Sometimes women see multiple clinicians over many years before someone starts to put the clues together."

That was the case for Taylor Leddin, a public relations associate who waited 10 years to find out what was going on with her health.

"I saw my general physician at first and was diagnosed with depression," Leddin recalled. "That wasn't necessarily incorrect; it just wasn't the full story. When I began having more intense pain and fatigue, coupled with exhaustion from the littlest bit of exertion, I went back and [he] ran a few tests and referred me to a rheumatologist."

After three doctors and a nurse practitioner, pain testing, and multiple in-depth talks about symptoms, Leddin was finally diagnosed with fibromyalgia, which is known as a chronic, progressive inflammatory disease.

Who Do They Affect the Most?

Many of those illnesses disproportionately affect women and create another, unique obstacle for patients: differences in the way female and male patients are treated. For instance, a September 2021 study published in The Journal of Pain found that, when observers looked at both male and female patients complaining of the same level of pain, the observers still noted that the female patients were in less pain.

Brune went to see her healthcare provider almost a dozen times over a few months, complaining of fatigue, moodiness, and unexplained weight loss. "She brushed me off and, ultimately, sent me to a psychiatrist for a Zoloft prescription," Brune said. "What was really happening was that my pancreas wasn't working. I ended up in intensive care with life-threatening diabetic ketoacidosis." It took Brune coming close to death in order for her to be taken seriously and correctly diagnosed.

Even Head had to contend with ignorance, judgment, and stigma sometimes. "Three years ago, I chose a new primary care doctor," Head recalled. "It was my first appointment, and she was taking a full medical history. Toward the end of the appointment, I told her that although I was in fairly good health in other ways, the dominant medical issue of my life was myalgic encephalomyelitis. She literally rolled her eyes and said, 'I don't believe in that.'" Head did her best to calmly offer the provider a few educational references—then found herself a new physician.

How To Cope With Having Invisible Illnesses

Every patient and healthcare provider we spoke to said that women with invisible illnesses must be their own advocates. If something seems "off," don't ignore it.

Saakshi Khattri, MD, a dermatologist and rheumatologist at the Icahn School of Medicine at Mount Sinai in New York City, recommended keeping track of symptoms. "Recording specifics in a diary is always a good idea, especially making note of the location of pain if you have it." Duration of symptoms and the circumstances around which they occur is important, too, Dr. Tedeschi added. "For example, if your symptoms flare up when you also have an infection like a cold or UTI, that's useful information," Dr. Tedeschi explained.

As you start to see healthcare providers, compile your records. "Request copies not just of the clinical notes from your appointments, but also lab results and imaging studies," Dr. Tedeschi said. "When you're going to see a specialist, send them to the doctor ahead of time."

Getting there might take second opinions, Brune said: "If someone dismisses you, find another doctor to examine you and run the labs you need to get answers." To track down good local physicians, Leddin suggested checking out message boards and forums. "See if there are people in your area dealing with the same symptoms. Ask if they have a doctor that they would recommend you talk with."

You can use the internet to gather facts too. Focus on content published by large medical schools and research universities; government health sites like cdc.gov or nih.gov; and nonprofit advocacy sites.

Talk To and Educate Others About Your Issues

When it comes time to tell coworkers, family, and friends about your health, have those conversations face-to-face. You can't control what they think, but you can educate them and offer to answer their questions. Keeping your struggles a secret is tempting, Head said, but speaking your truth is freeing and can ultimately help your relationships.

It's also worth connecting with people who understand your experience without any explanation. "Find online communities around your condition," Dr. Khattri suggested. "Just interacting with others who have what you have can make you feel more empowered and hopeful."

Overall, diagnosing an invisible illness can be like piecing together a complicated puzzle—but the more pieces you have, the more complete the picture will be. 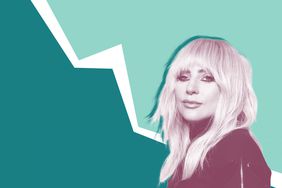 15 Diseases Doctors Often Get Wrong
POTS Is an Illness Causing Fatigue, Rapid Heartbeat, and Nausea—Here's What It's Like to Live With It

How To Avoid Medical Gaslighting 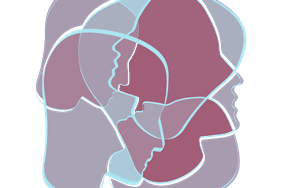