Experts explain why this diagnosis was reclassified.

Medically reviewed by
Jonathan B. Jassey, DO

Asperger syndrome (AS) is a developmental disorder that is part of autism spectrum disorder (ASD), according to the National Institute of Neurological Disorders and Stroke (NINDS). ASD is a group of neurological conditions that can affect language and communication skills.

Autism strikes a wide path and can affect people in any circle of society. Celebrities that have come out about their Asperger or autism diagnosis include Elon Musk, Dan Aykroyd, and Darryl Hannah.

What Is Asperger Syndrome?

It's important to note that Asperger syndrome or autism spectrum disorder are not illnesses and do not need to be "cured." People on the spectrum have individualized experiences. However, the NINDS indicated that the biggest indicator of Asperger syndrome in children was an obsessive interest in a single object or topic. Children with Asperger syndrome may want to know everything about a particular topic. Other signs can include:

Children with Asperger syndrome are also often isolated because of poor social skills and have a history of developmental delays, according to the NINDS.

Individuals with Asperger syndrome are commonly characterized by having standard or higher-than-average intelligence, but social skills and communication can present challenges for these individuals in everyday functioning.

Asperger syndrome was reclassified under autism spectrum disorder in the fifth edition of the Diagnostic and Statistical Manual of Mental Disorders (DSM-5). "In the US and anywhere that uses the DSM-5, Asperger is no longer an official diagnosis," Christopher Hanks, MD, an internal medicine physician at The Ohio State University Wexner Medical Center who works with people on the autism spectrum, told Health.

To help understand why autism was expanded to become autism spectrum disorder, David Mandell, ScD, a professor of psychiatry at the University of Pennsylvania Perelman School of Medicine and Director of the Penn Center for Mental Health, explained to Health: "The DSM describes autism spectrum disorder now as being 'mild, moderate, or severe,' although the criteria for distinguishing among these three levels is somewhat vague and has not yet been validated."

However, Asperger syndrome is no longer a diagnosis because it can be hard to distinguish it from autism. "Even highly experienced and skilled clinicians were unable to agree on cases," Mandell said. Moreso, "clinicians were not reliable in differentiating between Asperger and autism. Part of the reason for this is that the presentation of autistic people can change dramatically with age and over time."

Asperger syndrome was also removed as a diagnosis to "clarify that autism is a broad-spectrum disorder and that it can manifest in different ways in individuals," Hanks stated. But there also was "increasing evidence" that Hans Asperger—the pediatrician after whom the condition was named—was a Nazi and a "tool of the Nazi party," Mandell explained. "Researchers and clinicians in the field were justifiably eager to distance themselves from his horrible legacy," Mandell told Health.

"There was a lot of controversy among scientists, clinicians, and advocates when Asperger was removed from the DSM," Mandell stated. Why? Some scientists and doctors wanted more time to study the disorder and distinguish it from autistic disorder. Mandell stated that this is the reason why some autistic people still refer to themselves as "Aspies."

Asperger syndrome and autism are now considered the same diagnosis under the autism spectrum disorder DSM-5 reclassification of the disorders.

Of course, if you received a diagnosis of Asperger syndrome and identify with that classification it's fine for you to use whatever term you choose. From a medical standpoint, Hanks stated that the term Asperger "should not be used at this point," but added, "There are many people who identify as having [Asperger] who have latched onto that. If someone introduces themselves to me and [say], 'I have [Asperger],' it's not my place to say they don't." 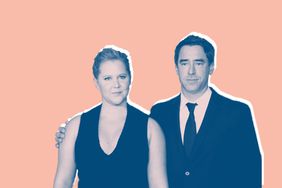