Music could be a key therapy for those with the disease.

Music has a powerful ability to unlock memories, happy and sad, and former prima ballerina Marta C. González was living proof of that.

González was featured in a video filmed in 2019, and the clip has recently gone viral. It shows González, who lived with Alzheimer's disease before her death, recognizing Tchaikovsky's "Swan Lake" and performing parts of the choreography that she once danced to back in the 1960s. Alzheimer's is the most common type of dementia that damaged parts of the brain involved in memory, intelligence, judgment, language, and behavior.

González, who died in 2019, is seen listening to music with headphones, sitting next to Pepe Olmeda, the director and founder of Música para Despertar, an organization dedicated to music therapy for those with Alzheimer's. As the music plays, she sways her arms to the original routine as footage of another dancer performing the same choreography is interspersed throughout the video. The original video has reached over 1.2 million views.

It's important to remember that Alzheimer's and memory loss is different for everyone, but certain types of memories—like long-term memories and short-term memories—can be affected at different rates. Long-term memories, for instance, are generally less affected in earlier stages of the disease because the older a memory is, the more firmly established it is in a person's mind, according to the Alzheimers Society.

"The memories that have been acquired before the onset of [Alzheimer's], for example, childhood and first languages, are often retained quite well," Greg Cole, PhD, a professor of neurology at the David Geffen School of Medicine at UCLA, tells Health.

Cole also clarifies that, with Alzheimer's, memories aren't erased—they're just more difficult to remember. He compares memory loss with Alzheimer's to having data on a hard drive that you can't access. The issue isn't losing the memory itself, but rather the ability to recall the memory without a trigger.

But while it's possible that González was able to recall her "Swan Lake" choreography because it was learned at a young age, there's another phenomenon at play here too: Alzheimer's disease's effect on musical memory.

Musical memory is considered to be "partly independent" from other memory systems, or how the brain organizes memories, according to a 2015 study in the journal Brain. The first part of the study focused on brain responses to music from "normal young human subjects," but the second part of the study focused on comparing patients with Alzheimer's disease and those without. The study ultimately found that, in those with Alzheimer's, regions of the brain associated with musical memory are "relatively spared" in Alzheimer's disease, and "may explain the surprising preservation of musical memory in this neurodegenerative disease."

Carolyn Fredericks, MD, assistant professor of neurology at Yale School of Medicine, adds that the motor memory associated with music is less vulnerable than other parts of the brain heavily affected by Alzheimer's. "For some time, Alzheimer's researchers have hypothesized that the areas of the brain that help us with musical memory are not affected by Alzheimer's pathology until very, very late in the process," she tells Health. So this too could've played a key role in González's recall of her "Swan Lake" choreography.

Music can also play a key role in therapy for those with Alzheimer's or other neurodegenerative diseases. According to the Alzheimer's Association, music "may reduce agitation and improve behavioral issues" in those with the disease, and can evoke happy memories.

"There's music therapy where you can take people in later stages of Alzheimer's who are seriously impaired and play music they're familiar with, giving them an electronic device that will let them revisit those songs," says Dr. Cole. "That helps them connect with the past more effectively than asking them if they remember it. When they play the music, she recognizes it. That's a well-established phenomenon that's employed to reach out to these people." The music acts as a trigger for the recall of the memory.

Regardless of the "why" here, González's memory of her "Swan Lake" choreography is still astounding—and it's an important bit of information for anyone who has a loved one dealing with the disease. "It's important to make every effort to connect with people for the quality of life of the patient, family members, and the caregiver," says Dr. Cole. "Music is one of the best ways to do it." 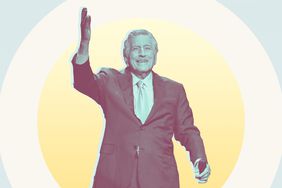 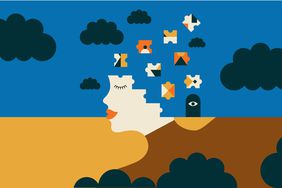 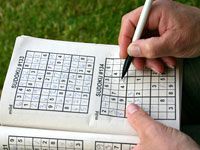