Alzheimer’s disease is a progressive brain disease that typically occurs in people over age 65. It has no cure, but treatment options exist.

Alzheimer's disease (AD) is a progressive brain disease that leads to problems with cognitive abilities, per StatPearls, such as thinking, memory, language, judgment, and learning. Alzheimer's is not curable, but some therapies may help you manage symptoms, per the National Institute on Aging (NIA).

What Is Alzheimer's Disease?

People sometimes confuse Alzheimer's with dementia. Dementia is a term that refers to cognitive decline symptoms—such as loss of thinking, remembering, and reasoning—that have progressed enough to disrupt daily activities, per the NIA. Alzheimer's leads to brain changes and is the most common cause of dementia. About 60–90% of people with dementia have Alzheimer's, per a May 2021 paper published in Nature Reviews Disease Primers.

As a person ages, they can experience natural cognitive changes. Occasionally, they may forget an appointment, misplace an item, or have trouble finding the right word. People with Alzheimer's dementia have symptoms that alter their memory, learning ability, decision-making, and personality. These signs interfere with daily lives, per the March 2021 report. As the disease progresses, people may start having hallucinations and eventually become unable to take care of themselves, per the NIA.

Alzheimer's may also present as mild cognitive impairment (MCI)—a condition that affects one or more cognitive abilities (such as memory) but not enough to interfere with daily life. MCI doesn't always progress to dementia and can occur due to temporary causes such as medication, alcohol, or a head injury. Some people with the condition may recover, per Alzheimers.gov. About half of MCI cases are due to Alzheimer's, per the May 2021 paper. 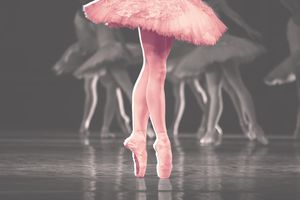 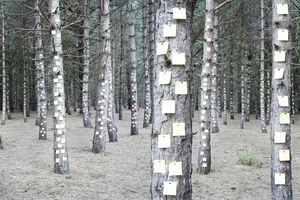 Alzheimer's is a neurodegenerative disease, which means it causes damage to neurons (nerve cells) in the brain. Changes in neurons and loss of connections between them cause the brain to shrink and inflame. This process can start decades before any symptoms show up, per the March 2021 report.

Previously, researchers believed that the two biological brain changes, amyloid plaques and tau tangles, were key to understanding Alzheimer's disease. Amyloid plaques are clumps of a toxic beta-amyloid 42 protein that form outside neurons. Beta-amyloid 42 occurs in the body naturally but rises to abnormal levels in Alzheimer's disease. Tau tangles form when tau molecules abnormally bind together to form tangles inside neurons. Tau molecules usually stabilize neuronal microtubules—structures that give shape to and guide nutrients through the neuron—per the NIA.

However, an investigation published in July 2022 found that fabricated research data might have overemphasized the importance of beta-amyloid proteins as a primary predictor of Alzheimer's disease. Generally, Alzheimer's disease researchers still agree that beta-amyloid proteins are fundamental in understanding the condition. This finding, however, may influence the field to study other protein theories.

Why these biochemical changes occur and how they affect cognition is a mystery, per the NIA. There are some known genetic, environmental, and lifestyle risk factors, but no way to determine how exactly they can affect a person or how to prevent the disease.

Genetics and family history: While having a family history of Alzheimer's doesn't necessarily mean you'll get it, you may be at a higher risk. Genetics is usually the cause of early-onset Alzheimer's, per the NIA.

Vascular (blood vessel) conditions include high blood pressure (hypertension), heart disease, and stroke, per the NIA. The brain uses 20% of the body's oxygen supply, so a healthy heart is necessary for the brain's normal function, per the March 2021 report. You can reduce your risk of heart disease through, for example, regular physical activity or a heart-healthy diet.

Metabolic conditions such as diabetes, midlife obesity, and low HDL cholesterol (the "good" cholesterol) can affect your risk, per the May 2021 paper. Metabolism is how your body processes the food you eat to make energy, per MedlinePlus. Late-life obesity is not a risk factor, and obesity may be caused by Alzheimer's rather than being a risk factor for it, per the March 2021 report.

Depression can increase the risk of Alzheimer's, per a July 2020 report published in the journal Lancet Commissions. Antidepressant treatment may reduce the risk, but there isn't definitive evidence. Symptoms of depression can sometimes resemble dementia symptoms or signify an early stage of Alzheimer's.

Social isolation and loneliness lead to a higher risk of Alzheimer's and other conditions such as high blood pressure, heart disease, and depression, per the NIA. On the other hand, participating in more activities with others may improve cognitive function.

Traumatic brain injury (TBI) is a "disruption of normal brain function caused by a blow or jolt to the head or penetration of the skull by a foreign object," per the March 2021 report. Mild TBI is also known as a concussion. A history of TBI increases the risk of Alzheimer's, especially when the TBI is severe or after multiple TBIs, per an April 2018 study published in the journal Lancet Psychiatry.

Heavy alcohol use is associated with changes in the brain and cognitive issues, including dementia. Still, it's unclear whether alcohol use can cause Alzheimer's, per a January 2019 paper published in Alzheimer's Research & Therapy.

Smoking can increase risk, but quitting smoking reduces that risk, especially for older people, per a September 2018 study published in Annals of Clinical and Translational Neurology.

Hearing loss may be associated with Alzheimer's, though the mechanism for that is unclear, per an August 2019 review published in the International Tinnitus Journal.

Alzheimer's typically presents with memory problems first, per the NIA. People may have difficulties remembering recent conversations, names, or events, per the March 2021 report. These changes can begin subtly but are more drastic than natural aging. They interfere with daily activities. It becomes progressively harder for a person with Alzheimer's to make sense of the world around them, per the NIA. Eventually, they become unable to function independently.

Early symptoms of Alzheimer's disease include, per the March 2021 report:

Alzheimer's has three stages, classified by symptom severity and the level of care required. The signs of each stage include:

Mild disease: Friends and family may notice disruptions to everyday function, memory loss, and confusion, typically leading to a diagnosis. Most people can remain independent at this stage. However, they may show increasingly poor judgment, anxiety, aggression, and mood and personality changes, per the NIA.

Moderate disease: During this stage of the disease, people typically require more supervision because damage spreads to new brain areas, per the NIA. As a result, people begin to have problems learning new things and performing multistep activities such as getting dressed. They may also experience hallucinations and paranoia, impulsive behavior, wandering, and repetitive statements or movements, per the NIA.

Severe disease: As damage spreads throughout the brain, people lose their ability to communicate and care for themselves. They may have difficulties swallowing and controlling their bowel and bladder, per the NIA. The most common cause of death for Alzheimer's is aspiration pneumonia, which occurs when a person loses their ability to swallow properly, per StatPearls. 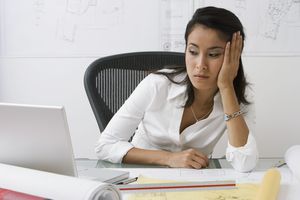 Early diagnosis of Alzheimer's is crucial because most available medications work for earlier stages of the disease, per the NIA. Healthcare providers typically use multiple evaluations to confirm the diagnosis, such as:

Dementia-like symptoms aren't always due to brain-changing diseases. Some conditions that cause cognitive issues can be treated to reverse symptoms. Your healthcare provider can help rule out the following causes of cognitive decline, per the March 2021 report: 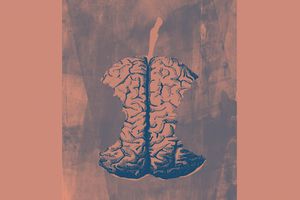 This Diet Could Cut Your Risk of Dementia, Heart Disease, and Cancer—and Help You Lose Weight, Too 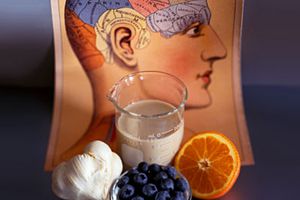 There is no cure for Alzheimer's. Treatment focuses on managing symptoms and slowing down disease progression. Options vary based on the person's situation, per the NIA:

Medications to treat symptoms: Most medications approved by the US Food and Drug Administration (FDA) treat Alzheimer's symptoms at different stages. They're only effective for a limited time because they can't slow the neuron damage, and they don't work for everyone, per the NIA. Healthcare providers sometimes prescribe medications for behavioral and psychiatric symptoms such as aggression and hallucinations but do so with caution due to potentially serious side effects such as stroke, per the March 2021 report.

Medication to treat brain damage: Aduhelm (aducanumab) is the first medication approved by the FDA that targets an Alzheimer's mechanism. However, it's in follow-up trials with results expected by early 2030, per the NIA. As of April 2022, Medicare only covered aducanumab for people participating in clinical trials, per the Centers for Medicare & Medicaid Services (CMS).

There is no way to prevent Alzheimer's, but you can reduce some risks, per the March 2021 report:

Getting a diagnosis of Alzheimer's for yourself or your loved one can be scary. But there's a lot of research in progress to figure out what causes the disease and what can help slow, prevent, or cure it. If you notice any cognitive changes in yourself or someone you care about, speak to a healthcare provider about a possible cognitive evaluation.