What to Do If You're Allergic to Your Pet

If you could snap your fingers and make your allergies disappear, you'd probably do it in a second. But what if your pet is the cause of your watery eyes, sneezing, and runny nose? Suddenly that oh-so-simple decision becomes a much tougher call. For some, the psychological misery of giving up a pet may outweigh the everyday misery of allergy symptoms.

The problem starts with dander, one of the most stubborn and common allergens. Cats, dogs, and other furry or feathered pets produce dander, which consists of microscopic, dandruff-like flakes of skin and proteins from saliva and urine that can trigger allergies and aggravate asthma. If you're allergic to dander, the easiest route to allergy relief is to find your pet a new home.

In fact, thats what most doctors will tell you to do. Yet this advice is rarely welcomed or followed, even when the pet is causing serious problems. “Some families cant fathom giving away their pet—it's almost like giving away one of their children,” says Anne Miranowski, MD, an allergist at the Pediatric Lung Center in Fairfax, Va. “I see some children where exposure to their three cats is clearly making them sick, and the family insists on keeping all three cats.”

Physicians and health organizations recognize the attachment that people have to their pets. If a family is unwilling to remove a pet, experts recommend a host of alternative measures, such as limiting contact between the pet and the allergic person (by keeping pets outdoors or out of bedrooms, for instance) and using air cleaners. (Find out the best ways to reduce pet allergens in your home.)

These measures aren't nearly as effective as giving away a pet, however, and going this route will likely have consequences—more symptoms, more medication, and a potential worsening of asthma—that should be weighed against the distress of seeing a cat or dog pitter-patter out of your life forever. And although there may be some breeds touted as better for people with allergies—think the Obamas and their Portuguese water dog, Bo—there are no cats or dogs truly free from dander.

You pet may not be causing your symptoms

Before you think about finding a pet a new home, it's important to figure out if you—or your children—are in fact allergic. Though it seems as if pet allergies should be obvious, they are sometimes harder to recognize than you think.

If your eyes start to swell and you sneeze uncontrollably every time you are near a cat, then yes, you are probably allergic to cats. But some people with allergies or asthma who grow up around animals and are in contact with them every day may have more subtle symptoms. Instead of watery eyes and the other classic signs of pet allergies, they may experience chronic, low-level congestion, for instance.

“A lot of times people will say, ‘My dog or cat doesn't bother me, but when somebody is exposed to a pet day in and day out, they don't have the dramatic symptoms every time they see it,” says Andy Nish, MD, an allergist at the Allergy & Asthma Care Center, in Gainesville, Ga. “It may be a more subtle and chronic inflammatory process, and they may not realize that the pet is causing them problems.”

This phenomenon sometimes works in reverse: In some cases, people with asthma may believe that their pet is causing them more problems than it actually is. A respiratory condition in which the lung airways are chronically inflamed, asthma can be triggered by substances other than pet dander, such as dust mites, exhaust, smoke, and cold air, or even allergens from rodents and cockroaches. For some (but certainly not all) asthmatics, pets may actually be a relatively minor contribution to their symptoms, and some asthmatics may not be allergic to pets at all.

“Theres no reason to consider removing a pet unless you can demonstrate that there is a sensitization to that type of animal,” says Gregory Diette, MD, an asthma specialist and associate professor of medicine at the Johns Hopkins University School of Medicine, in Baltimore. “One mistake I've seen [physicians] make is to generally recommend that asthmatics not have cats, dogs, or other furred pets when they haven't done the allergy testing to prove whether there's an abnormal response to that type of animal.”

The easiest way to pinpoint a pet allergy is to visit an allergist and get a series of skin tests, in which the skin is exposed to small samples of the proteins shed by cat, dog, and other allergy-triggering substances, such as pollen or dust. Allergists may also use a blood test known as a RAST as an alternative to or in addition to skin tests.

What to do if you're allergic

If an allergy test comes back positive, its decision time: Should you find a new home for your pet?

Experts unanimously agree that the best way to reduce allergens is to remove pets from the home. Even so, many people decide not to give away their pets even after an allergy is confirmed—though it depends on how severe their symptoms are and, often, whether children are allergic. Dr. Nish estimates that about 75% of the patients to whom he makes the recommendation ignore his advice. (Some of Dr. Nishs patients have written on their intake paperwork, before he has even seen them, “I have a cat and a dog and I am not going to get rid of them.”)

If families aren't willing to remove a pet, the next best thing is to isolate the pet from allergic family members as much as possible, by keeping it outdoors, or at least out of bedrooms. If you live in a multistory home, restricting the pet to the ground floor is a good strategy. Although these steps wont eliminate dander altogether—dander is so pervasive that it can be found even in homes that have never had pets, as well as in schools, shopping malls, and other public places—limiting the pet's roaming area will reduce it.

Though their usefulness is debated, other measures may reduce dander further. Plastic mattress covers help keep dander out of beds, and room air cleaners equipped with high efficiency particulate air (HEPA) filters can remove dander from the air. “In contrast to, say, dust mites, which are heavy and sink quickly to the ground, both cat and dog dander are light and fluffy allergens, and they stay afloat for hours,” says Dr. Miranowski. “HEPA filters can really remove some of that dander from the air.”

Replacing carpet with tile or wood floors is also beneficial, since carpets tend to trap dander. Frequent vacuuming—another common suggestion—may actually be counterproductive. Vacuuming tends to stir up allergens without necessarily removing them, and can actually increase the number of airborne allergens, even when newer vacuums containing HEPA filters are used.

Finally, some research suggests that bathing your pet frequently may help. In a 1999 study in the Journal of Allergy and Clinical Immunology, washing dogs with allergen-reducing shampoo for five minutes cut the dogs allergen levels by about 85%. But the allergens returned to normal in about three days, which suggests that the number of baths needed to make a difference is impractical. Similar studies using cats have had mixed but generally less dramatic results. (And the studies don't say how many days it took for the cats contempt toward their washers to subside.)

Taking some or all of these steps may not reduce allergen levels enough to have a meaningful impact on symptoms, however. Allergens need to fall below a certain threshold to alleviate symptoms, and because dander is spread so readily, even quarantining a pet may not do the trick, according to Dr. Diette.

Living with your decision to keep a pet

Deciding not to give up a pet may have some consequences. For starters, you'll probably need to clean out some space in your medicine cabinet.

“If people keep the pet, they will almost always need more medication to control their symptoms,” says Dr. Miranowski. For someone with allergies, this could include taking—or upping the dosage of—oral antihistamines and intranasal steroids, she says. And people with asthma may require higher doses of inhaled corticosteroids or the addition of other medicines, such as leukotriene inhibitors. In some cases, patients may decide to get allergy shots that boost immunity to the allergen, a strategy that can be effective, according to Dr. Nish.

The cost of these additional medications can add up, and some carry a potential risk of long-term side effects. Though allergy and asthma medications are relatively safe compared to some other drugs, when taken consistently in high doses, they can cause bone density loss, glaucoma, and other problems.

The impact of pet allergens on allergies and asthma isn't entirely clear. Some highly publicized research in recent years has suggested that having pets around young children may actually protect children from allergies later in life (because the children develop a tolerance to the allergen, in effect), but the validity of this research has been questioned. And, significantly, the same effect does not apply to children who already have pet allergies. Studies have shown that pet allergies—especially cat allergies—can lead some children to develop asthma if they are exposed to pets, and can make asthma worse later in life.

In the end, individuals and families need to weigh the potential health consequences of keeping a pet with the emotional damage that inevitably comes with losing a furry companion. The decision will be different for everyone, depending on the severity of their symptoms and how important their pet is to their quality of life. After all, as Dr. Diette points out, “health” doesn't refer only to physical symptoms.

“Its worth considering the big picture around health and happiness and well-being,” he says. “I haven't yet seen a study that takes into account the positive benefits of pet ownership. The average person, on balance, wont necessarily be happier not having the companionship of a cat or dog.” 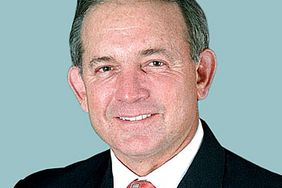 20 Questions About Allergy-Triggered Asthma
How to Get Rid of Dust Mites, According to Allergists 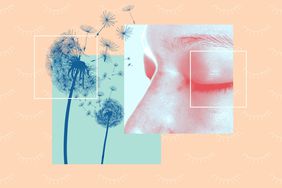 Why Allergies Make Your Eyes Feel Swollen, According to Allergists 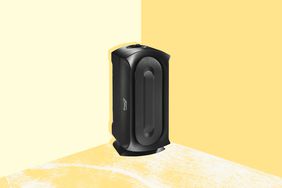 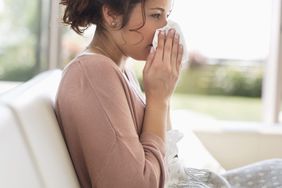 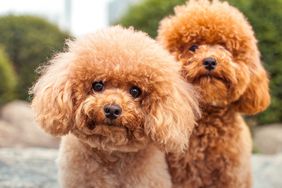 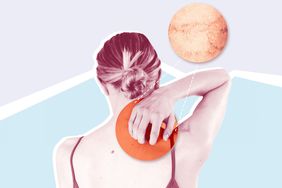 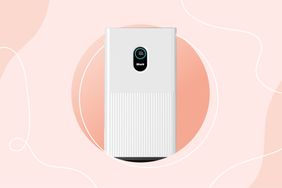