It's a form of hypersensitive pneumonitis, a rare reaction to an allergen—here's what that means.

Feather bedding can add an extra layer of warmth and comfort to your bed—especially during the winter months. But according to a 2019 case study, feather-filled comforters may not be for everyone.

The report, published in November 2019 in BMJ Case Reports, highlighted the case of a 43-year-old, non-smoking man who had been experiencing "malaise, fatigue, and breathlessness" for three months. He went to his physician, who diagnosed him with a lower respiratory tract infection (a type of infection that interferes with normal breathing). He seemed to feel better after the diagnosis; however, within a few weeks, his symptoms worsened.

"Going upstairs to bed was a 30 min[ute] activity as I could only manage two stairs at a time and then needed to sit and rest," the patient said in the case report. "I was signed off work and spent most of the time asleep."

The man returned to the doctor and, after a chest X-ray and CT scan, medical experts noticed severe inflammation in his lungs, which suggested an allergic reaction. In order to determine the source of his allergy, doctors asked him about his lifestyle and any recent changes. While he didn't own any birds, he mentioned that he had recently gotten a new feather duvet and feather pillows to replace synthetic bedding.

After conducting blood tests, doctors discovered his blood avian precipitins were strongly positive, meaning that he had developed antibodies to a compound he was breathing in from his bedding. Doctors then diagnosed him with "feather duvet lung."

What Exactly Is Feather Duvet Lung and How Common Is It?

According to the case report, feather duvet lung is a type of hypersensitive pneumonitis (HP), an extremely sensitive reaction of the body's immune response to an outside trigger—in this case, organic dust from feathers. It causes inflammation in the lung's air sacs and airways.

What Are the Symptoms and How Is It Diagnosed?

Unfortunately, symptoms are non-specific and can occur hours after exposure, or take years. Typically, the onset happens between three weeks and five years from exposure, according to the 2019 case report.

Symptoms can range from systemic malaise and flu-like symptoms— like night sweats, dry cough, weight loss, and fever—to acute breathlessness. "It is therefore entirely probable that cases of FDL are missed, or at best, diagnosed late," the 2019 case study said.

Because of its "heterogeneous and non-specific presentation," feather duvet lung can be difficult to diagnose. Researchers pointed out that, in the case of patients with respiratory symptoms, healthcare providers are advised to ask them about any pets they have at home, but not feather exposure. Therefore, while a blood test is the best way to diagnose it, it is crucial that health care providers "take really detailed histories" of their patients to get to the root of the allergy.

What Is the Treatment?

According to the case study, simply removing the feather bedding from the man's bed cleared up his symptoms quickly. "His symptoms improved rapidly within the first month, even before starting oral corticosteroids," wrote the researchers. "By 6 months, he felt completely well."

Blackened Fingers—How Do They Happen?
This Man Tried To Enlarge His Penis by Injecting It With Petroleum Jelly: It Went Dangerously Wrong 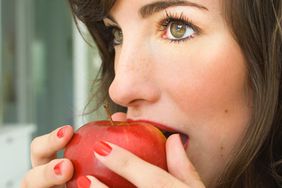